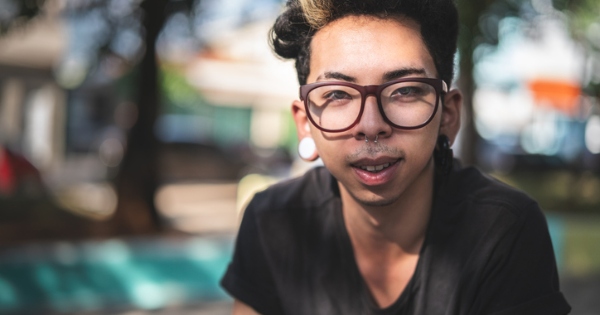 —
“And so it begins.” That’s what I said to my 11-year-old son the other day when he told me that his friend was going to get his ear pierced.

Over the last ten years, it’s been an absolute joy to see my son grow and develop into the young man he is today. He’s far surpassed what I thought he could achieve at such a young age.

In case you’re new here or haven’t read many of my articles before, I’ll give you the Cliff Note-version. At age four, as a family, we joined a Karate dojo and I asked a friend to teach my son how to swim. My logic was simple. Karate to protect from other people. Swimming to protect him from nature. Fast forward to today, and my son has a black belt in Karate, a brown belt in Aikido and earned a bronze medal at the Junior Olympics for swimming as a member of his school’s freestyle relay team.

Not only did I get to see my son grow, but as we’ve lived in the same area for close to 20 years now, I’ve also seen his friends grow up, too. Now, as they are so close to entering Junior High, I’ve noticed that a gap has started to appear, and it’ll only widen when they turn 13, and it will continue to do so.

While kids are already different at the age of one with a unique personality, the gap between them is minimal. Any one of them could go on to change the world, become a doctor, win a gold medal or be the next Michael Jordan. It’s so exciting to see the incredible potential children possess, but life inevitably takes its toll and some end up way off course.

Back to my son’s friend. I have to admit, I like the kid. But I’m worried about him. Discussing it with a client he said something that is something every parent should think about. “He’s lazy. He wants to be different but doesn’t want to work at it.” Boom. That’s some stone-cold wisdom there.

Kids think that piercing their ear (or whatever part of their body) will make them cool. The same goes for changing their hair to red or green or purple, which will make them stand out (which it will), but anyone can do that. It doesn’t take skill or effort to change your hair, get your ear pierced, or dress up in goth.

That being said, I’m not saying it can’t work for you. Chicago Bulls Dennis Rodman, ex-NBA Defensive Player of the Year, made millions on the court and made a name for himself as a ferocious defender on the court and one of the greatest rebounders in NBA history. But he made much more outside of basketball thanks to his bad-boy image.

However, experience has shown me that my son’s friend is heading down what could be a slippery slope. I’ve seen it all before. It starts with your ear getting pierced, then a year or two later he’s smoking and sneaking downstairs at night to raid his parents’ liquor cabinet. He’ll likely be one of the first kids to “hook up” with a girl. Then at 16 he might quit school and pick up a part-time job. Then at 19, he’ll be faced with whether to marry his girlfriend who he got knocked up or not.

I’m not saying that it’ll happen, but alarm bells are going off. Only time will tell if his love for rugby outweighs his desire to be cool.

I’m a big believer in giving your kids freedom, but I also know it comes with inherent dangers. That’s why I appreciate what my parents did for me. They gave me freedom with a twist. Unlike many of my friends who were barred from going out late at night, my parents even gave me money to buy my friends drinks. Now before you go all crazy on me, I lived in Thailand back in high school so going out to the red-light district at the age of 16 was a rite to passage of sorts. I didn’t enjoy drinking much, but my friends did.

My parents understood that and so rather than fight it, they offered me a deal too good to turn down. While my friends had to sneak out at night after their parents fell asleep, my parents encouraged me to do so. My friends loved sleeping over at my place because my parents would even cover for them.

Only one caveat – I had to tell my parents what we did. A small price to pay if you ask me.

Today, some kids are given smartphones before they have finished elementary school. They have access to vast amounts of information. I know parents who put on parental control, but kids are ingenious. They’ll learn the tricks, hack the system or merely bypass it altogether by getting access elsewhere. It’s a fruitless endeavor trying to prevent children from getting what they want. Instead, embrace it. Find a way to make it worth their while.

Every smartphone should come with a contract between the parents and their children. Cars are the same. Teaching our children responsibility at a young age and that actions have repercussions are a critical tool to helping children become a valuable part of society.

My son has swimming and martial arts to keep him on track. He’ll earn his smartphone. We’ll give him his freedom.

It’s not easy guiding children away from the dark side. It can be so enticing. Seemingly so much fun, and so little work.

I’m a time management consultant and, in my humble opinion, the greatest investment parents can make is into their own children. Kids without discipline early on, can wreak havoc in their teens and make their parents lives a living hell. Don’t wait till it’s too late. Be proactive.

Keith Cunningham says that the secret to building a business is a simple formula he created – FOWTW + GAGI + GITT. First, find out what they want. Second, go and get it. Third, give it to them. The same applies for children.