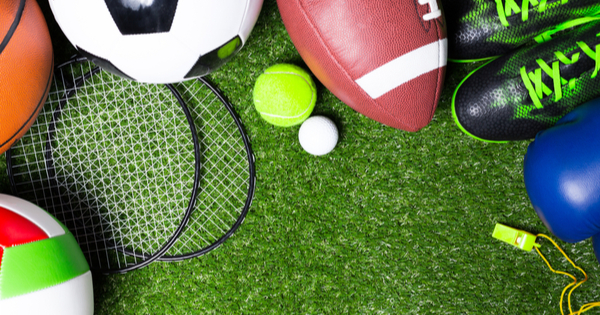 I used to coach my son’s basketball teams. I enjoy basketball and spending time with kids and I love my sons so it was an easy choice. It was a church league and you weren’t allowed to recruit, in theory.

Of course well placed church members sometimes seemed to have an edge. I didn’t even attend church there so it was luck of the draw, or not luck of the draw sometimes. But, I wasn’t really a basketball coach, just a dad, and they were only children so it didn’t really matter.

Every season there was a parent who wanted to tell me how to coach. Maybe even wanted to coach without all of the responsibility. Not that there was much responsibility, one hour of practice and one game a week, but some people really turn it into something it isn’t.

One year a father corralled me at our first practice. He wanted to tell me about an idea he had. In college he had played a game called ultimate Frisbee[1]. It was a game of movement and precision with minimal collisions.

The look on my face must have suggested a misunderstanding because he really went into obsessive detail about the rules and strategies of the game and why he felt it would it make 10 year olds better basketball players. He was so animated his hands moved in pantomimes of throwing and catching.

I had to take a step back. He needed the room. He was really going into it.

It might have been a good idea had there been more than an hour a week, which was barely enough to teach them one sport. And, they weren’t really there to learn a sport, they just wanted to play basketball.

The look on my face, the pained look of misunderstanding, was from my profound sense of sadness and disbelief. Why would anybody do that with a Frisbee? In my face he probably saw the remnants of distant memories, warm sunny days at the park, or on the street, even at a beach, watching a Frisbee float softly, serenely, magically through the warm air.

I wanted to take him, buy him a cup of coffee, set him down and explain the art of Frisbee, the Zen of Frisbee. He was young though, and would never understand the beauty and grace of a small plastic disc being carried by the magic of design, thrust and air pressure, or maybe just good Karma, to a perfect landing in a waiting hand. They had turned art into a competition, such a pity.

Eventually the parent got tired of explaining the benefits, or just ran out of breath, or figured it wasn’t ever going to sink into my aging, thick, old school skull and he walked off and sat down. We had a good season. I can’t remember how many games we won. We played in every game, though, and that was the whole point.

I like to walk, a lot. Maybe I don’t like it so much. But, it is certainly better than hearing my doctor tell me I need to walk more.

On the weekends I walk in the park, past several small baseball diamonds. There is something beautiful in a baseball diamond, the bright white base paths laid out on the clean, crisp infields, the sharply defined line separating the infield from the outfield. It has its own majesty. I like to walk past them and soak up the Americana.

Recently there was a game being played. It was a game between two teams of children too young to understand all the complicated nuance of such a traditional sport. As I walked past third base the little player caught the throw from the pitcher and tagged the base. His face lit up. He thought the base runner was out. You could see the joy from 10 feet away, which is about how far I was.

Then they told him that he had to tag the runner, not the base.

“There is no force out. The runner is safe.” The coach told him economically, yet gently.

His little face fell flat as he lifted the glove to hide his humiliation and probably a few tears. It seemed such a small rule to cause all that pain. Isn’t there a point where you can just play a simple game and phase in “force outs” and “infield fly rules” and all the other difficult regulations later? Do we have to make it so complicated?

This morning I was watching the morning news, just killing a little time while I waited for the coffee to take effect. There was a baseball game between teams of seven year olds. The umpire, who was 13, made a call that was unpopular with half the parents.

Being reasonable adults, they stormed the field and got into an awful fist fight. It was something from professional wrestling. Two teams of seven year olds watching their parents improvising a scene from Braveheart. All of the little baseball players were probably thinking “hey, it’s only a game.” It was so bad the police were called in and charges were filed. One parent is still at large, presumably “in the wind.”

There has been a lot of talk about the damage and deadening effect of participation trophies. I have heard how we need to teach our kids about real life. I’m not convinced it always works out so well.  Games are wonderful, playing is a lesson by itself, but sometimes sports suck.

[1] Now it is just called Ultimate, that makes me happy.