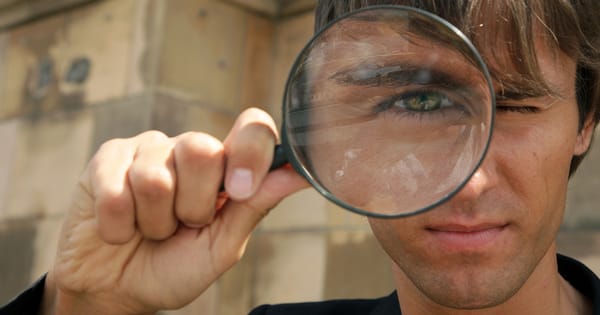 For me, the little things have been a big part of getting healthier from schizoaffective disorder. There were a number of little things that I was doing right but also many that I needed to improve upon. The little things were a double-edged sword for me until I learned how to wield them the right way.

As I originally started my journey with recovery from mental illness the little things were incredibly important to me. I was very attentive to doing anything and everything the “right” way as I thought it was preventing episodes from happening again. A part of me was afraid of making even the slightest of mistakes, so my hyper-vigilance on the little things could be seen as a maladaptive coping mechanism.

As I progressed I did realize doing the little things was an important part of getting healthier and I also was able to refute the belief that my thoughts were being disseminated to the rest of the world. Doing the little things right meant helping out at home, doing a good job with anything I was doing, and especially at work with getting the details right. However, after years of doing so I began to learn that my hyper-vigilance with little details had been a problem for many years. The problem was that doing the little things helped give me mental clarity but I also had way too much anxiety over the little things not being done the right way. It was a painful dichotomy that I needed to navigate.

The positives from doing the little things were having a sharper mind, developing positive thinking patterns, and it also clarified my mind a great deal. When I’ve done the little things correctly it’s given me a clear conscience which is an incredibly powerful thing. I realized my memory was sharper, my linguistic ability improved, and my problem-solving skills and executive functioning were much more advanced. One of the things I held most firmly to was the clarity of thought I had.

My episodes of schizoaffective disorder made having an unclear mind a very scary thing so anything I could do to clarify my stream of consciousness was very important to me. I had a delusion that not doing the little things the right way would muddle my stream of consciousness and cause me to repeat traumas like going through middle school and pledging the fraternity. Refuting this belief that making mistakes on the little things was okay was incredibly helpful. It was liberating to realize that small mistakes only have small repercussions and they’re easily fixed.

For me, a matter of knowing when I could make a mistake was thinking in advance of what the consequences of an action might be. Knowing the consequences of actions made me realize that not everything I was doing was going to have any sort of effect on others whatsoever. Dropping a fork on the ground was harmless, leaving the water running too long was not the end of the world, leaving a window cracked when it should be shut was a safe thing to make a mistake on.

The other concern I had was if I became too lax with the little things it would lead to bigger problems. I had to realize to some extent this can be true and it’s important to pay attention to detail. However, I was putting way too much pressure on myself and it was the pressure of making mistakes on little things that was unhealthy. The pressure I had was that I had to do every little thing right in order to be a writer, have a happy life, and get rid of schizoaffective disorder. The irony of the situation was that the pressure I was putting on myself to do well at these tasks was actually preventing me from completing these tasks as effectively as I could.

I learned my hyper-vigilance around the little things was driving people away from me because it caused me to become neurotic when I had fear of a little thing going wrong that didn’t make any difference. I also didn’t give anyone else any room to make mistakes which made it incredibly difficult for others to be around me. Being difficult to be around led to isolation and isolation amplified my symptoms of schizoaffective.

A part of wisdom is also knowing where to focus our efforts and what things are important to talk about. There were many times I pointed out little mistakes to people that didn’t make a difference at all. I thought I was helping but in reality, I was turning molehills into mountains. Pointing out innocuous mistakes to people only made them angry and ruined interpersonal relationships for me. I realized an important part of wisdom is what you don’t say and it’s also about letting the little things go when you can.

Finding a middle ground between allowing mistakes but still getting the little things right was really important for me. This middle ground came through making realizations that little mistakes were not going to lead to bigger issues as long as I generally got the little things correct. I also had to realize that the consequences of the actions I originally assigned to making mistakes on little things was inaccurate. I had a form of magical thinking where I thought little mistakes would have more major repercussions when in reality they don’t at all. My thoughts were not being disseminated around the world and having more room for error was a major necessity for me to make more friends, become a better writer, and have a different life perspective.

Changing my perspective on mistakes was major. I originally was terrified of making them and now I either look at them as laughable or lessons to learn from. Having a growth mentality as opposed to a fixed mentality helped me to realize mistakes can be a good thing because they can help me grow as a person. The other part about mistakes I realized is that they’re unavoidable, and it’s a mistake in and of itself to live a life solely for the purpose of not making mistakes.

Sometimes mistakes can be the essence of life and can truly make life interesting.