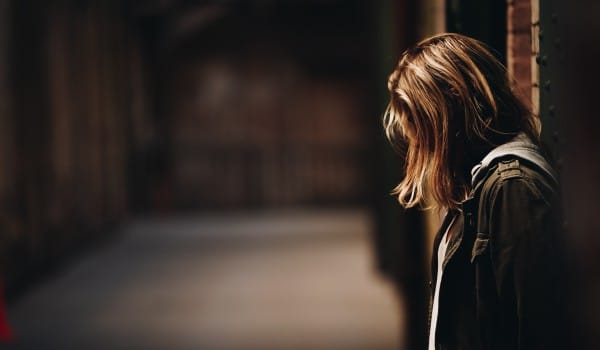 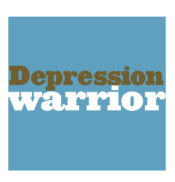 You might have noticed that I’ve been MIA the last couple weeks. That’s because my old nemesis, depression, has come for a visit and settled right in.

In my last post, I said I was feeling better. That was true – I was no longer suicidal and thought I was headed back to feeling “normal” (whatever that is).

Alas, it was not to be. I should have known, since I was so down before my trip to the hospital; maybe it was wishful thinking.

I never quite got back to feeling like myself. Instead, I took a pretty hard nosedive. I called my pdoc’s office on Thursday two weeks ago, and by the next day, I had an appointment for that Monday morning.

I went in for a thirty-minute appointment, where he and I decided TMS sounded like the best option. I started that same morning.

I must say, the PrairieCare Center for Neurotherapeutics, where they do the TMS, has always been very responsive to me. I am so grateful for that. One reason for this is because TMS always works for me, and they know that. So they try to fit me in ASAP.

So I’ve had ten treatments so far and I already feel quite a bit better. My score on the PHQ-9 has dropped significantly, day by day. I think it was a 12 at my last session. (The lowest I’ve ever had was a seven. The highest was in the lower 20s.)

Olivia, the TMS technician, is very nice and very friendly. And she runs a tight ship. I get there a few minutes early every morning, and she calls me back right on time. No wasted time here!

Actually, I started feeling better after the fourth session, and I’m feeling even better now. There’s a lightness to me that wasn’t there before. The feelings of impending doom and sorrow have dissipated (for the most part).

True, yesterday I felt pretty depressed for a while, but by the end of the day, it had gotten a lot better.

That’s the thing – my episodes don’t last nearly as long as they used to. I’ll take a few hours or a week or three of feeling deep depression over a few months or even a few years any day!

WHAT TMS GIVES ME

TMS is a miracle to me – and I don’t believe in miracles. But after suffering for over 30 years with clinical depression and going through 15 hospitalizations for it, that’s just what it seems like.

For all that time, until 2015, I had no hope of ever feeling better. I think I was just surviving out of habit. I was an automaton. I tried over 20 different psych meds, many different kinds of group and individual therapies, self-medicating, and various other things to feel better. None of it did shit.

That’s the biggest thing TMS gives me. Even when I feel good, knowing that it’s out there as a treatment keeps my hope alive. I know that if (when) things go south, it’s there for me. And I know it will work. It melts my depression away. For someone who struggled for decades without any hope that it would ever get better, that. Is. HUGE.

I’m telling you, I tried everything I could think of, short of voodoo, to feel better. Being in the hospital keeps me safe and lets me stabilize for a few days at a time, but it doesn’t (and isn’t meant to) knock out my depression.

That’s what TMS is for. I will forever be grateful to my wife, CeAnne, and my old case manager, Brianna, for getting me hooked up with it. Hell, I’m even grateful to my old pdoc for helping the process along (even though he’d never heard of TMS).

TMS gives me my life back. After a full course of 30 treatments (usually much sooner), I can laugh again, I can see and feel the Hope, I make plans and goals for my future, I feel positive.

It makes me feel human again.

And since I know it’s always there for me as an option, Hope now has a permanent place in my mind. I know that when it gets bad again, as it inevitably will, I have TMS to fall back on. Ideally, of course, it would never get to that in the first place. However, the nature of Major Depressive Disorder (Severe, Recurrent) is that it will come back. It is the nature of the beast.

THE MONSTER INSIDE ME

For a very long time, I’ve called the depressive part of my brain The Monster. And why not? It’s trying to kill me. It tells me things that aren’t true – You don’t matter. Why bother? You suck! No one will ever like you. It still does tell me those things, just not nearly as often.

I’m happy to say that ever since CeAnne found out about TMS, The Monster part of my brain has shrunk considerably. Sure, it’s still in the back of my mind at all times, waiting for a vulnerable moment. But nowadays I don’t have to believe it. At least, not for long.

This is due in part to TMS and in part to DBT. If you struggle with overwhelming emotions and want to feel better, I highly recommend looking for a DBT program. It helps you change your patterns of thinking, so even when you get stuck, you don’t stay stuck.

DBT has probably played the bigger role in slaying The Monster part of my brain. It has given me actual, specific, doable skills to use in specific types of situations. It paved the way for Hope to slip in there – and stay.

I’m lucky – my Monster is fighting a losing battle most days and isn’t nearly as large as it used to be. I don’t even *fight* it anymore, because that just takes up way too much of my (very finite amount of) energy. I know it’s there, and most of the time, I can tell when it’s trying to sabotage me. Then I kill whatever negative thought it’s trying to throw at me.

But there are times when it is able to slip under my armor and dig its claws into my brain, and that’s where it’s been the last couple weeks. I should have seen it coming; CeAnne did. She suggested several weeks ago that I call Dr. Nelson and go through TMS again, but I didn’t listen. I didn’t feel that bad at the time and thought I’d get through it without that magnetic boost.

As I was already feeling vulnerable, the Monster took full advantage and hooked itself into me. It dug its grip into me full-throttle and held on for dear life. Thoughts of What’s the use?, Nothing matters anymore, and Why bother? penetrated my head. As soon as I fully realized what was happening, I took action to kick that Monster back into the far recesses of my brain.

I just got home from my tenth TMS treatment, and I’m glad to say that it went well (as it always does). I saw my pdoc for my thirty-minute weekly check-in (standard at this clinic for TMS patients), we had a great discussion about emotions and stoicism, and then I had my treatment.

You see, TMS isn’t just about being treated with a magnetic coil every weekday for four to six weeks; it’s much more.

In the words of Dr. Nelson, you need to be “aggressively optimistic” during the treatment itself. Apparently, that helps rewire things properly. I guess I can see that. If I were sitting there with that helmet on my head thinking that the whole thing sucks and it probably won’t work anyhow, that wouldn’t help a thing.

I usually listen to my Spotify playlists while I’m getting treated, because I love music and it helps the time go by quicker. I often sit there with my eyes closed, focusing on it. Therefore, it’s important to pick the “right kind” of music to listen to.

For instance, I have a classical/soothing playlist; a mellow/acoustic one; two alternative lists; classic ‘70s rock; rock from the 80s and 90s; heavy rock from the 2000s on; and more to choose from. During TMS, I generally choose not to listen to the 90s and 2000+ rock because it’s pretty harsh; you know, drugs, sex, and death. I’m the sort of person who tends to listen to the music more than the words, but some of it is pretty damn negative. So I usually play my mellow or alternative set, full of hope and love and positivity.

Once I’m starting to feel better, I also browse on my phone during treatments. And when I’m really feeling better, I’ll spend most of the session chatting with the tech (although that can be difficult; the machine sounds like an MRI machine, so I have to wear earplugs). It’s a progression I’ve noticed that just goes to show how much I come out of my shell when I’m feeling good.

For now, I’m doing okay. I feel a lot better, but I know I’m not out of the woods yet. I know (from experience) that if I choose to terminate the treatments early because I’m feeling better, emotional relapse comes quicker and just as deeply.

So, I will continue with the aggressive optimism. I’ll listen to positive, upbeat music most of the time. Maybe I’ll pick up the book I’m reading that I really like but have stopped reading because when you’re depressed, you don’t feel like doing anything. I’ll keep thinking positive thoughts.

And I will remain hopeful.

It’s not about feeling perfectly happy all the time, or even part of the time. For me, it’s about progress. It’s about feeling better. It’s the absence of depression and the ability to see a negative thought or feeling for exactly what it is: a thought or a feeling, nothing more.

That’s how I’m able to get through those moments; it’s not a tiresome battle to be fought and overcome, it’s acceptance of where I’m at and knowing that no thought or feeling can kill me.

TMS helps me feel comfortable in my own skin again. And that’s invaluable.

Thanks for reading. Keep on Keepin’ it Real, kids. And don’t laugh at this picture – this treatment makes my life worth living!

This post was previously published on Depression Warrior and is republished here with permission from the author.