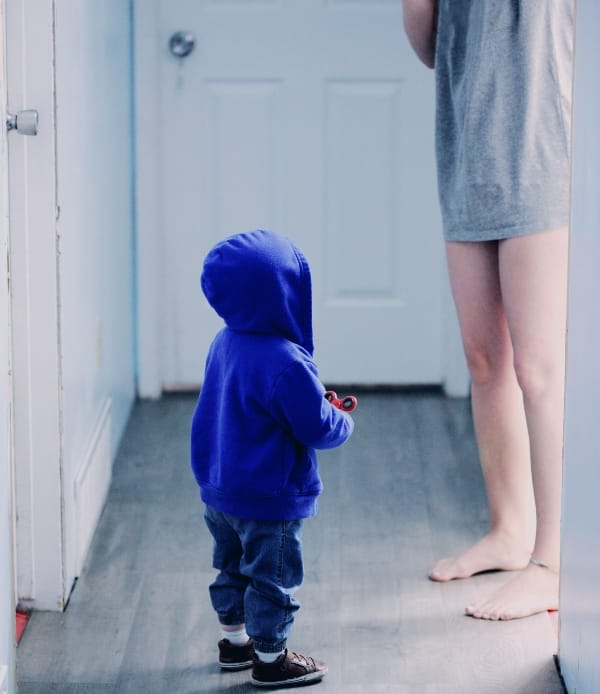 When the biological clock stops ticking and begins sounding the alarm, decisions have to be made. Sadly, I had hit snooze a time or two by the time I leapt out of my metaphorical bed and wailed, “I forgot to have children!”

Okay, so that’s not exactly how it happened. I had married a man who didn’t want any more children, and because I loved his as if they were my own, I thought that would be enough. In fact, I married him largely because I loved those girls. But they were nine and twelve years old when I met them. I missed the baby and toddler stages. I was thirty-three when we married. At thirty-eight, my business went under, and my biological clock started clanging.

I wasn’t able to convince my husband of the seriousness or urgency of my need for a child. Fast forward two years, and I was separated and pregnant by another man. My step-daughters stayed close at first, but eventually their father’s attempt to alienate them from me resulted in them reluctantly cutting me out of their lives. Talk about a mix of happy and grief-stricken, elated and terrified.

While I had been more than a step-mom to the girls, they were never entirely my responsibility. Even though I took the youngest one to all her appointments for her braces, championed her at school to get help for her learning disability, and took her to find her prom dress. I attended innumerable plays and concerts they performed in. They called me Mama. However, I also had to help enforce rules that I did’t always agree with, so the four of us could show a united front. But that also meant there were three other parents to take up the slack. I guess you can say I went wading waist deep in the pool of parenting.

I happily anticipated the arrival of my biological child, knowing I would be doing most, if not all, of the parenting alone. I had never really spent much time caring for babies, so the clanging alarm clock that welcomed me to parenting full-time was a crying baby. And he cried from 5:00 pm until 10:00 pm with colic for at least a couple of months. He cried as I drove us around in the car. He cried in his carrier on top of the dryer. He cried as I carried him around the house, holding him like a football. Not one of those tried and true remedies worked. My mother came from out of town to help as often as she could, and we both longed for the days of dosing babies with paregoric. Hey, it worked for mom when we were babies. Instead we had “pink stuff,” which might as well have been frosting for all the good it did. I had dived head first into the deep end.

I was a happy, hippie, dippy Earth Mother kind of mom. My son was a strong personality from day one. When he was asked when he was around four, by a boyfriend of mine, “How many times does your mother have to tell you to do something?” He kept playing and calmly said, “Three.” He had my number early on. I learned to tell him the first time with a calm, but firm voice. So then we were down to my telling him only twice.

You know those people who have to run headfirst into the wall before they learn? That’s my son. (I have no idea where he got that from.) Not only did it take me saying it three times to get him to do something, but there was very little I could do or say to keep him from doing something. I managed by letting him hit that wall, sometimes literally, when the consequences wouldn’t be dire, in hopes he would see that mom knew what she was talking about. He’s twenty-five and we are about halfway there.

I worked as a school counselor when he was in elementary school so I would have his hours. Imposter syndrome kicked in every time I talked to a parent or teacher at their wits’ end. While doling out compassion and advice, a voice in my head was laughing maniacally at my chutzpah. Nearly everything I knew about parenting was taught to me first by my step-daughters, and then by my son. All the book learning in the world doesn’t prepare you for the real thing. It doesn’t prepare you for a small person who questions your every pronouncement with “Why?” It doesn’t prepare you to dress a toddler who is determined not to cooperate. There are no scripts for what to answer, when you’re trying to rush the half dressed toddler, and he looks up with big eyes and says, “Mommy, there is no such thing as time.”

I made plenty of mistakes. I didn’t always keep him as safe as I could have. I also committed the cardinal, single parent, sin of introducing him to people I dated, fairly early into the relationship. My motive was good. If he didn’t like them, I didn’t want them around. But he bonded with one who was with us for four years, and when that ended, he told me he felt the man had left him, too. He still has issues from those experiences. I did make sure his father was in his life, to the best of my ability.

I learned that being an Earth Mother type was great in some circumstances, but in others I had to set some tougher boundaries. He is an extreme extrovert (again, no idea where he gets that), and always wanted to go to parties. Once when he told me and my sister that “Everyone is going to the party,” she asked him the age-old question, “If everybody else was jumping off a cliff, would you jump too?” He answered, “If there was a party at the bottom I would!”

I made the rule that he could go to parties if I talked with the parent or parents beforehand who were going to chaperone. This worked most of the time. Once, he didn’t have the name or number of a parent, and wanted me to relax the rule. I said no. He yelled, “Why are you such a bad mom?” and stormed into his room slamming the door. I went back to reading my book (probably one on how to parent a teen). After about ten minutes, he came back out and asked, “Ok. Why are you such a GOOD Mom?”

We parents cherish those rare times our children actually acknowledge that we have their best interests at heart. The times they don’t, we can let them know that we have a job given us by nature, the Universal Spirit, and the community, to raise them to be the best people they can be. In spite of my many mistakes and misgivings about my parenting techniques, that is one way that I am gratefully successful. He is an amazing person, whom I count as not only my son, but as one of my dearest friends.

So, what was the question? Oh yeah. To parent or not to parent? To have the bonding experiences I had with my step-daughters only to lose them? To make mistakes in parenting my son that I can never change? To miss all that growing, learning, loving and being loved? I choose parenting every time.