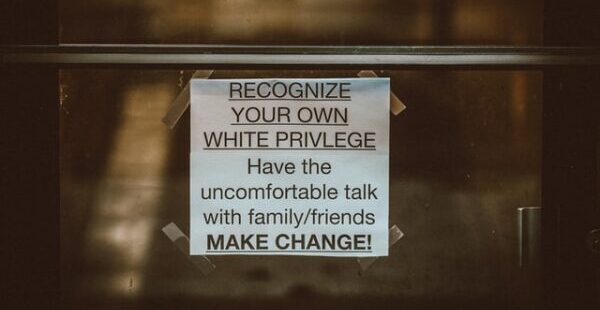 Now that the turbulent waters of insurrection and its aftermath have begun to settle, a clearer picture of this heinous chapter in American history has begun to emerge.  I agree with those that have observed that the events of January 6 are the direct result of the white male privilege that dominates our society.

The question is how men – good men and women – can convince themselves that this indecent behavior is acceptable.  Despite a growing mainstream intention to undo the negative impact of the dominant culture of masculinity in this country, we remain stuck, turning a blind eye to the damage that our deeply ingrained habits are causing.

In search of answers as to why we have not taken up arms to undo this scourge upon our nation, my thoughts began to focus on the persistence of systemic racism, as a useful analog for understanding what is going on with men.  Friends working towards racial reconciliation advised that Debby Irving’s Waking Up White might be a guidebook as to how decent people who consider themselves “woke” remain unaware of their own bias and impact.

Irving’s gift is her unflinching nerve, a willingness to speak plainly and openly in heart-rending detail about the many ways she, an enlightened, committed, anti-racist white woman, did not understand that she was both an unwitting beneficiary and perpetrator of the racial injustice that she sought to help eliminate.  Her candor in sharing her own painful self-examination models the behavior that we men must demonstrate in order to reinvent masculinity.

Irving offers an intelligent analysis of how growing up white permeates our attitudes, beliefs and behaviors and blinds us to the system of injustices that prevent non-white citizens from experiencing the full range of opportunities that their white brothers and sisters enjoy. From her vantage point on racism, it’s an easy step to see the work that is required for men to dismantle the negative aspects of the culture of masculinity that so dominates our society.

By “swapping” the negative aspects of traditional masculinity for racism while reading Irving’s book, I saw the problem of male entitlement in a completely new light.  There is a hell of a lot more nuance in the work that needs to be done than discussions of “The Man Box” paradigm that has dominated the public discourse of the current men’s movement has stimulated.  We must dig much more deeply into the way our need to belong allows us to protect our position.  The way we label and rank men, and women.  The way we avoid difficult conversations for fear of being “zapped” by all sorts of negative social consequences.  The way in which so much of the problem lies beneath the surface, like an iceberg whose danger is unseen until we feel its impact.  The ill-advised notion of “blending” masculine and feminine energy into a “melting pot” of normalized and acceptable behavior when a “multicultural” approach integrating multiple identities is more appropriate.  And most importantly, the way in which we underestimate how our cultural conditioning creates bias, no matter how enlightened our views.

The good news is that Irving’s book offers many insights as to what can be done to dismantle patriarchy.  It’s clear from her analysis that the work must begin at the individual level.  It entails a careful self-inspection of the sort that most men won’t enjoy, fixing ourselves before we attempt to help fix others.  We also need to understand and accept that while some of the values and behaviors as men might be sound in some situations (i.e. the use of force to combat tyrants and their mobs), these very same “strengths” (power-aggressive behaviors) may be holding us back in other circumstances.  Many other examples immediately come to mind.  Our unwillingness to show vulnerability or weakness which makes us seem remote or inaccessible.  Our tendency to value the movements of the mind and reason over the wisdom of our hearts and connectivity. Our black-and-white thinking that sorts and pigeonholes instead of developing our capacities to cope with ambiguity.  Our training to prize independence over interdependence, when we need to learn how to value both.

My net takeaway upon reading Waking up White (or in my case “Waking up Male”) is that men can no longer afford to sit on the sidelines after January 6.  Just as many concerned white citizens have begun taking anti-racism courses to better understand their own bias and manage its impact, it is now a national priority that men commit to a similar “anti-patriarchy” body of work.

We need a male author (or several) to paint a vivid picture of the myriad ways in which we perpetuate an unjust system of masculine behaviors that is disruptive to our society and is literally killing us.  And we need a grassroots movement that regularly convenes cohorts of men at the local level as we all work together to reorient our priorities.

There are many writers and organizations mobilizing now.  Check them out.  In doing so, I urge you to throw caution to the wind.  Rewiring the operating system that has been etched upon our souls over the millennia requires boldness.  We must be willing to enter safe spaces that are uncomfortable in order to enable change.

‘Waking Up Male’: It’s Time for a New Men’s Movement

Where Is COVID Leading Us?

Photo by Jon Tyson on Unsplash

FacebookTweetPinEmailShares1.7k
wpDiscuz
0
0
Would love your thoughts, please comment.x
()
x
| Reply
Share this ArticleLike this article? Email it to a friend!
Email sent!