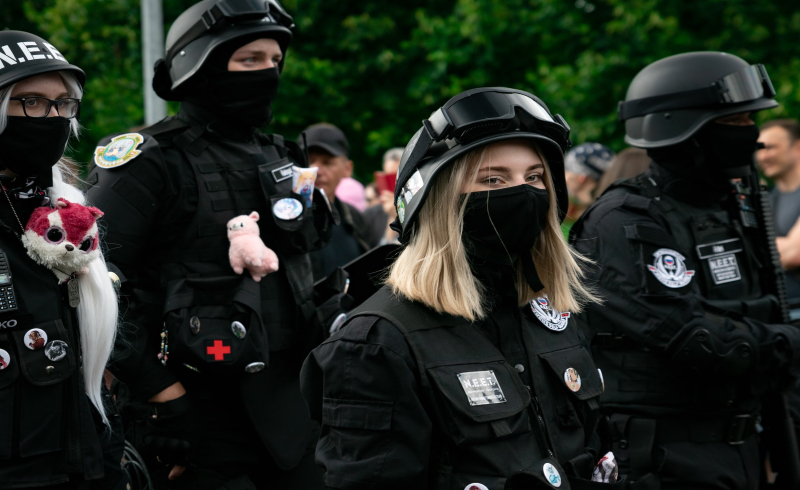 They are ALL men

Having been in the volatile, but normally peaceful, Seattle area for over a month now, I have observed tons of cops tooling about in cruisers. They have all been men. Although I know lady police officers exist, it appears that the female sex is woefully underrepresented.

When I dug a bit, I learned that more than 85% of all security and peace-keeping jobs are held by people with a penis. That’s unequal.

Thinking about this in the context of what is happening in Portland, Oregon, right now, and all across the nation for months since the killing of George Floyd, I have realized that a big part of the problem is people of color, and people who are female, are almost never cops.

Without a full understanding of things like domestic partner violence, or peaceful protest of inequality, how can the present system serve all of us? Unless there are people involved who understand the full context and nuance, we will continue to have unfairly skewed “law and order.”

My takeaway from Seattle

Prior to the advent of COVID-19, our summer plans were to drive across the country. When everything changed and the natives got restless, (as well as enraged at racism and police brutality) I decided to come to Seattle and activate for change. This was against all better judgment and common sense, but I am glad I came. I was able to witness for myself what is going on in the great divide between policing and the policed populace.

The Pacific Northwest has always been more of a PACIFIST Northwest. But real change and reform, however inadequate, is coming from the large demonstrations agitating for police reform. The Seattle police district and city managers are working together to put several reforms in place. Among these are mental health services for homeless people. There are several reasons why most homeless people are male, but for those that are female, street life is even more difficult due to their vulnerability to sexual harassment, and given that many have children.

When a male police officer responds to a homeless woman who is reporting some type of crime, it is much more difficult for a woman to submit to his authority comfortably. Having more women on the force, especially in sex related offence cases, women simply have a better chance of being able to tell their story. Also, things like rape kits and frank talk are going to be more utilized when women talk with women. It is hard to imagine trying to discuss an assault, for example, when the man interviewing you has little to no comprehension of what a victimized woman is feeling. It is hard to imagine that he has any idea of what her body feels like to her in that moment. Although I am certain that there are some empathic male cops, it is just common sense to have equal representation so victims feel that someone understands their perspective.

Respect for the uniform

I grew up near Seattle at a military base. Half of the males in my family were in the military. There was simply no talk of me joining up. Now, for reasons having to do primarily with healthcare, I regret not joining the Air Force. My little brother has been in for over fifteen years and has full benefits. My husband and I do not. Little girls should very actively be recruited to become soldiers, firefighters, medics, and police.

Just think of all the lives that would be improved should girls not be just considered fit for childbearing and housework. Of course, many women cops can still do that, too!

I don’t know about you, but I would have a lot more respect for the uniform if I knew they also come in lady sizes.

Worldwide the world is in peril due to inequality.

That inequality, — racism and sexism — has seen to it that men tend to be the “authority” and women tend to be in service to them. But consider a world where men are encouraged to be teachers, daycare directors, caregivers, and wholehearted and empathic people. And, in that same world, imagine that women still hold many of these jobs, but they are also encouraged to follow dreams of fighting crime, or helping homeless and mentally ill people, rather than shuffling them off to jail. The status quo means we have a school to prison pipeline, and whether criminal, or cop (sometimes both) it is clear that macho is part of the problem.

There is a gigantic gash of toxic masculinity that divides those cops who want to be effective heroes and those who want to lord their authority over others with bullying. When you have a “Predator Trump” who is openly racist and sexist, you are going to hear a few loud voices saying that protestors and looters are the same. You will here campaign cries to liberate our cities from the leftists. You will here “You have to dominate the space.” Anarchists and demonstrators are lumped into a big, scary monolith. “Ugly” terrorists are the problem. Yet, with so many peaceful people spayed indiscriminately with tear gas and rubber bullets, I can’t believe that.

From what I saw in Seattle, the “dangerous terrorists” were doing poetry slams, community gardens, free food and toiletries distribution, and drum circles. What were the many men cops doing to protect and serve? Hint, it wasn’t poetry, but there was some slamming.

I do not imagine that if all people were effectively represented in the police force, that this would be as serious a problem as we are now seeing.

Fanning the flames of a culture war seems to demand that each of us pick a side. The hat you are demanded to wear is a red MAGA hat, or a pussy cat hat. But we are a far more diverse and rich set of cultures than that. All of us should have the opportunity to wear a chef’s hat, a police visor, a hard hat, a beanie, or a cowboy (girl?) hat. Or, any other metaphorical, or real hat that appeals to you.

When women are afforded the same range of professions that men are given, it’s just a better world. Think of women and girls being given full education and STEM training. Their range of choices increases drastically from being married young and pregnant half the time to being a wage earner and a community investor. This is especially true in parts of India and Africa, where many programs have revealed that providing options for females impacts everything from their vulnerability to rape to ameliorating climate change.

In those places where more women have been recruited to the police force, the reports of domestic violence have increased. This is not because more women are abused, it is because more women are comfortable reporting to other women. Think of your own date rape or harassment, and this is hardly surprising. For myself, I would never have considered reporting my “bad dates” to a man, but had I had the option of a lady cop, I may have felt differently.

Bad boys, bad boys, Whatcha going to do? Whatcha going to do when they come for you… The message that boys are the ones who have to watch out for bad cops is so routine, we are programmed with it. But, women, obviously, in these days of Sandra Bland and Breonna Taylor are very often victims too. In addition to that, everyday little hassles and run ins with cops occur in women’s lives. Having a few more women in blue would really change the tone of some of these encounters. Then there is the question of lethal force, are women a bit less conditioned to be violent? I think so.

Due to the link between perceived threats of Black men and how policing came about in America, there is an unbalance in the way white and Black people are treated, but that imbalance also hits women and their children hard. Tamir Rice was a kid with a toy gun, but his mother is still suffering.

The bottom blue line is that we just need more lady cops. 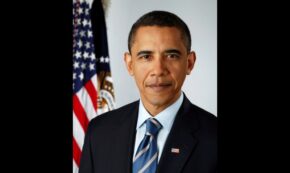 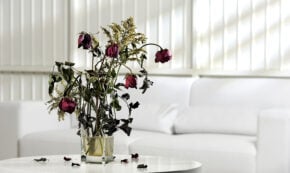 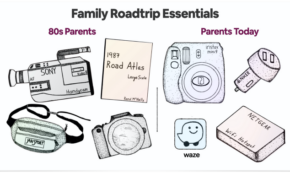 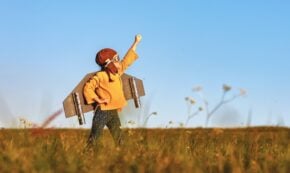 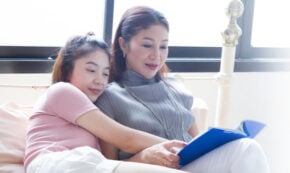