When your head isn’t right, nothing else will be. Sex and our intimate relationships suffer, further stigmatizing and shaming us. It truly becomes a vicious circle.

BUT SHAWN!  There are ads for sexual enhancements and erectile dysfunction  pills on TV, the radio and in magazines! Yeah, and while some may consider that problematic, I’d call it a win. The Viagra phenomenon destigmatized men who traditionally hid in shame. For them, I’m happy the winds have changed. For others however, the story is different.

Our problematic attitudes toward sex and our cultural need to keep actual productive conversations about it behind closed doors open us up to a host of issues. Teenage pregnancy, abuse, and for me, the effects of mental illness on sex and relationships.

Transparency as it relates to my battle with depression has recently become easy for me to write about. I still struggle to talk it out with those dearest to me, but the shame melts away while I hammer away at the keyboard, excising the demons of my mind. Writing has become my therapy. I’ve done myself and the community I’m trying to represent a grave injustice in avoiding the topic of sex.

My own history with sex and mental illness reads like a redacted classified file. Plenty of information about how I felt, what I did and didn’t do and how I think it affected myself and friends and family. Like a puzzle without key pieces, I’ve left out a giant chunk of the picture.

Everyone LOVES SEX! That’s what we’re told anyway. It isn’t true of course, but for most it is an undeniably pleasurable act. I feel the same way sometimes. One of the truths we hold to be self evident, however, is that when your head isn’t right, nothing else will be. Sex and our intimate relationships suffer, further stigmatizing and shaming us. It truly becomes a vicious circle. Because few people talk about it, very few are inclined to talk about it.

When you think about it, it is counter intuitive to believe that while nothing else in life interests a person with depression, their sexual health and libido will be any different. That’s the story for me anyway. While locked inside my head, I’m unable to come out and play.

Before anyone starts jumping on my case for pretending to be an expert, I’m not. As with my other struggles however, it’s happening to others as well. We all deserve to be heard and to feel as though we aren’t alone.

I can hear  you now. “Seriously? How can you not want SEX?!?!?!” Seriously, I just don’t. Other than the normal self pity, despair, solitude and isolation there are really only two things I think about. “Man, I can’t wait to go to bed.”and, “Holy crap I don’t want to wake up in the morning.” That’s it. Doesn’t really leave much room for sex does it?

It’s frustrating and humiliating by the way. I know I should want it. I know it’s an imperative part of any healthy relationship. I know it makes my wife feel absolutely horrible and unloved when I don’t want anything to do with sex. I know all of these things. I feel them to my core. Knowing them and feeling them doesn’t change the reality. I Just. Don’t. Want. To.

“But Shawn. I’ve read your stuff. You’re on the upswing! It’s all good now right?” Thanks. Thanks for the kick in the nuts. No. It isn’t all better. It’s still a shitshow. It takes weeks for me to find that side of me again. They cycle plays out in a very specific way. My sex drive is the one of the first things to leave and the last to come back after each battle.

Let me lay it out for you. My sex life is spontaneous in a horrible, unhealthy and humiliating way. Months of the Sahara Desert, followed by the Spring Rains, a few lovely blooms and a return to being swallowed by the dunes. That’s it. The spontaneity lies in the inability of either one of us to know when the rains will come or when they’ll stop. It’s horrible and wonderful all at the same time.

During the good times my mind dwells on two things. First and foremost is hope.  I hope with everything I have that it’s over, that I’m finally going to be OK. I want to have a normal or even a somewhat hyper active libido. Life would be grand. The world would be full of puppies and candy canes and skittles shitting unicorns that piss Lager and fart rainbows.

Second, and somewhat less “happy place ish” is dread. I wonder just exactly how long it’ll last this time. How long until the constant disappointment for my wife and the shame and self loathing for me. Just exactly when will it return. Tomorrow? Next week? Next month if I’m really lucky? I never know and it exacts a terrible burden on my mind.

That’s where I’m at, sitting here at 4 in the morning, unable to sleep because the story needed to finally be told. I don’t really want to share this. I’m still ashamed that it is a part of me, a lousy sidebar to what is generally a pretty damned good marriage. I dwell on it. I wonder why it needs to be this way and hate myself for it.

Why share then? If it’s so humiliating and debilitating  why bother? Lock it away and throw away the key! I tried. I pretended it wasn’t an issue and that only made things worse.  An Executive V.P I once knew used to say “hope is not a strategy.” She’s right. I can’t fix it without first confronting it, and doing so publicly will let others like me (men and women mind you) know they are not alone.

With all things depression or bipolar related, the  isolation and solitude push us further into the dark. When a few of us step out into the light and feel the burn, it makes others more likely to do the same. I share not for recognition or in some perverse satisfaction that allows you to step into my bedroom. I do so because it helps me confront my demons and maybe it’ll help someone else do the same.

As always, I’m willing to lend an ear.  If you have something to say, find me on the Facebooks, the Twitters or Linkedin. Tell your own story and step past the shame and shadow.

Dear lovely Anonymous What a beautifully written and very important message. I feel exactly the same way for much of the time and I hear you – the two things you mostly think about are exactly the same two things that dominate my thoughts when I’m in that deep, dark hole. I think sex has two parts – the physical response and the emotional/mental response. Yes, sex is pleasurable for me, but only when the right buttons are pressed, but I don’t even want those buttons to be touched, let alone pressed. I love my husband deeply, but the idea… Read more »

thank u for sharing I can relate and appreciated your honesty.

Thank you for this article. It has helped me understand where my partner is coming from. He will not talk about it, of course. I expect he is too ashamed, too.And just puts a brave face on it all, to pretend that it is all OK. But your comments have given me food for thought and maybe I can slowly get through to him. You know, from a woman’s point of view (or at least mine) it is not all about sex. It is so much about being loved and wanted (we need to be wanted, too, you know, and… Read more »

Thank you for sharing. 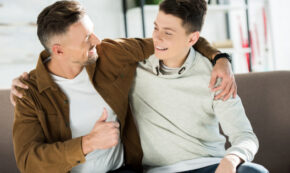 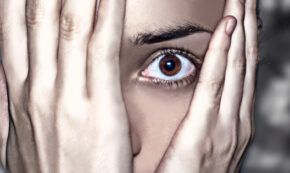 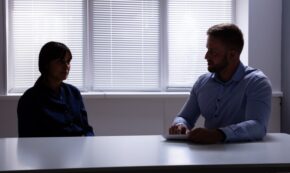 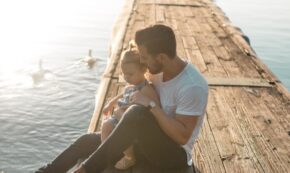 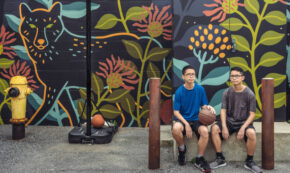 FacebookTweetPinEmailShares2.1k
We use cookies on our website to give you the most relevant experience by remembering your preferences and repeat visits. By clicking “Accept”, you consent to the use of ALL the cookies.
Do not sell my personal information.
Cookie SettingsAccept
Manage consent