Get Daily Email
Join/Login CLOSE
Home / Featured Content / When You Give, It Should Be Without Attachment 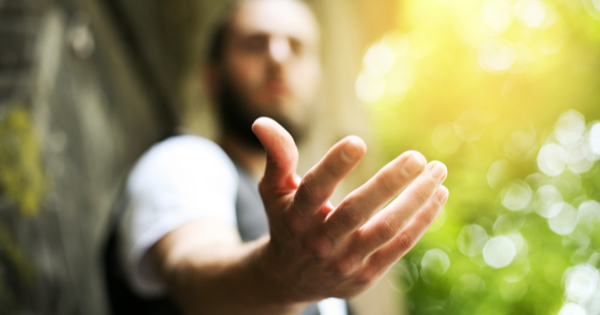 But you see, it was always there in my mind that you owed me one. These were my conditions. Great if I never needed you in the future, not so great if I asked you to do something for me.

Yeah, I was one of those annoying people that liked to remind you of the time I did x, y & z for you, and because I did that then I’d suggest you’d give me a hand with whatever I needed. Of course, it wasn’t as blunt and as blatant as that, it was done in a far more manipulative and secretively suggestive way so you’d be guilted into doing it.

I’m not sure how prevalent and widespread this sort of mindset is in today’s world, but I’ve talked to many people who think I’m crazy because I don’t use my “owe you one’s.” So, it must be fairly regular. I assume, so don’t quote me on that.

I’m not saying you should give all the time with no restrictions — in this world, you need to have a relatively robust sense of selfishness about yourself. After all, you need to have time for yourself to do what you need to do rather than running around for everyone else all day. My last leader told me,

This was a phrase that stuck with me and it was something that I had to work towards. If I’m honest I’m still working towards this goal; it’s somewhere I haven’t quite reached peak efficiency yet. My mental health and clarity is good, but my physical health could be somewhat improved.

We’re given mixed messages as children, or at least I was. I was told at home, in school, around my friends’ parents’ that it was good to give. It was a quality to have empathy and compassion, and that my time and energy should be used in helping others — these were (and still are) highly regarded societal traits.

But as a hot-blooded human being, how do we balance between what we want to do and what we’re expected to do? If my friend needs my help but I also need to go and pay a really important bill; do I blow off my friend? Or do I go see my friend?

Perhaps you’re thinking I’d be an idiot for going to see my friend but that’s exactly what I’d do, and because the stakes were high for me, I’d also tot it up in my head as owing me a big favor. It wasn’t just a way of getting things done for me, it was also a way of keeping my friends close — mainly because I didn’t believe I was worth something on my own and that they’d want to see me “just because.”

I ended up in a lot of trouble because of this. When I was first recovering my helper used to say,

Raymond, you pay a lot of attention to the things that really don’t matter, and don’t bother with those that do!

I was eventually shown how to give without mental tallies. It stemmed from a combination of things. One thing I’d say that was a great help was surrounding myself in people that just give for the sake of giving. Another one was working in the community and helping others grow; it was mainly a thankless job but watching others grow knowing that it was your influence that contributed to that was definitely reward enough.

But I had to learn a strict balance. Giving can be a great rewarding experience; but sometimes I was giving at the expense of myself, sometimes I’d spend money or time that I didn’t have to give, and that can be dangerous. I could end up in all sorts of situations (and have done in the past) — sometimes I’ve lost myself some friendships because what I gave wasn’t returned.

See where I’m going with this?

What I gave wasn’t returned.

It isn’t giving then, is it? It’s essentially loaning. Fine if you’re a banker, but not fine if you’re Joe Public like me, and even worse if the recipient doesn’t know that it’s a loan.

Give when you can, but not when you can’t; that’s a great motto to live by! You’ll also find more happiness that way, and less stress.

Facebook71TweetPinEmailShares71
wpDiscuz
Share this ArticleLike this article? Email it to a friend!
Email sent!