#MeToo has shown us–with a breadth and depth we men can no longer deny–just how unsafe many women feel around us men, collectively.

In the #MeToo movement, women have spoken up loudly and courageously about what behavior by men is not OK with them, and just how widespread this behavior is. They have told us how they want us to change, and what behavior needs to stop.

It’s our responsibility as men to take the lead in creating a culture in which all women feel safe sexually around us.

We can make this change, easily, if we just decide to do it. All we have to do is decide that making sure we have full, unambiguous consent–not half-assed “I thought she consented” consent–is the new norm among our male peers, and that anything less is no longer tolerated among ourselves or our friends.

For all these reasons, I created something called the “Consent Pledge,” four sentences that I hope men (who have sex with women) will publicly commit to following:

I commit to making sure all my sexual encounters are fully consensual. I commit to getting a clear verbal or non-verbal “yes” from my sexual partner(s) before sexual escalation. I commit to not pressuring her to say “yes,” to stop if she says “no,” and to ask if I’m unsure. I commit to stopping if–in my most honest assessment–I don’t believe that she is sober enough to give full consent.

What does “fully consensual” mean?

This year’s allegations against comedian Aziz Ansari have sparked a necessary, and long-overdue, culture-wide discussion about the following question: to what degree does verbally pressuring someone to have sex (without physical force, or the threat of force) violate consent?

Ansari is alleged to have intensely verbally pressured a woman for sex while on a date, while ignoring her repeated verbal and non-verbal cues indicating that she was not comfortable with the pace of the encounter and wanted it to slow down. She performed oral sex on him at two different times in the night, and afterwards felt that her sexual boundaries were violated. She came to view the incident–due to his intense pressuring, combined with his lack of attunement or care for her verbal and non-verbal cues to slow down–as a sexual assault.

Large swaths of commentators in articles and on social media could not agree as to whether Ansari was being just a boorish asshole that night, for pressuring her so intensely–in a way that is unfortunately all too common among men on dates—or if he was he was also guilty of a sexual assault.

To an unusual degree among #MeToo discussions, the sides of this particular debate did not fall along totally predictable gender or political lines; the debate raged vociferously among women, and even among women who specifically identify as feminist. The Internet simply cannot seem to come to agreement on this issue yet: can a sex act be considered consensual, if it came about by persistent verbal pressuring, but not by physical force or the threat of force?

It is not my intention to try to resolve this debate here. But here’s what I will say: even if sex that occurs after persistent verbal pressure (but no threat of force) is sort of consensual, by outdated yet still widely-held standards of consent, it can no longer be considered fully consensual.

This model of consent–called “affirmative consent” or “enthusiastic consent”–is widely and rapidly becoming the new norm. We men would be wise to adopt this new standard for ourselves ASAP. For the safety of women, and for our own safety as well.

Why are you focusing on men who sleep with women? Isn’t awareness about consent important for women and LGBT people as well?

However, in my opinion–and as #MeToo makes clear–the most widespread crisis in our culture is around (cisgender) men’s disrespect for women’s sexual boundaries. So I am taking it upon myself to focus on that group–the group to which I belong–in my wording of this Consent Pledge and in my outreach around it.

But this is just basic decency and respect. It’s what men should be doing anyway. Why should men sign a pledge to treat women with basic human dignity?

The Consent Pledge a is a commitment to practice the “yes means yes” model of consent, also known as “affirmative consent” or “enthusiastic consent.” This model was invented and developed by pioneering feminists at Antioch College starting in 1991, but it has really only “tipped” into mainstream consciousness in the last 5 years or so, since California and then New York adopted it as state law on college campuses.

“Yes means yes” is a massive, operating-system-level shift in the way we think about and practice consent, away from the “no means no” standard of the past, in which it was assumed–often incorrectly–that the absence of a “no” meant that everything was OK. The practice of affirmative consent is far from intuitive for most men (or women,) and requires commitment and practice to get it right. Few people in our culture are trained to talk and communicate clearly and openly about sexual boundaries and desires before sexual escalation commences.

For this behavior change to proliferate among men, from the “no means no” to  the”yes means yes” model of consent, I believe it’s necessary for men to consciously, intentionally commit to it, and to be aware that they have decided to make a major shift in their life around how they establish and communicate around consent. The Consent Pledge is designed as one tool among many to help men in this behavior change.

What about women’s role in all of this? Shouldn’t women take responsibility and exercise agency to make sure their their own activity is consensual while on dates? Shouldn’t they just leave if they don’t like something?

If we’re talking about a scenario where there is no force, or threat of force, then of course, everyone should be responsible for communicating their own sexual desires, preferences, and boundaries clearly–and making sure these are understood unambiguously–by their partner. And everyone should be responsible for exercising their own sexual agency, to make sure they are comfortable with all sexual activity happening. And anyone should exit a situation ASAP if they feel someone is not respecting their clearly-stated boundaries.

That said, I’m a man, and I’m having this dialogue with fellow men. This isn’t about how women should change their behavior; it’s about how we men should step up and change our own behavior.

Will following this Consent Pledge result in less sex for me?

The only way following the Consent Pledge will result in less sex for you is if you’re having sex that isn’t fully consensual. Any sex that wouldn’t have occurred otherwise, had you not pressured her or pushed a boundary, was not fully consensual sex. In which case, you need to stop having that kind of sex anyways, pledge or not, ASAP.

This article if part of a series of five articles on consent.

A version of this post was originally posted on Change.org and is republished here with permission from the author. 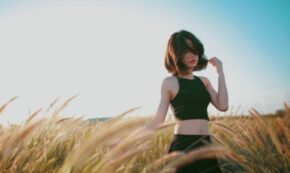 FacebookTweetPinEmailShare1k
wpDiscuz
0
0
Would love your thoughts, please comment.x
()
x
| Reply
Share this ArticleLike this article? Email it to a friend!
Email sent!