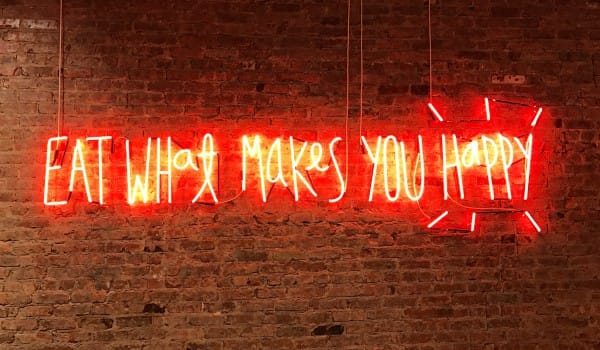 I love her, but she’s a pain in the ass. One of those people you can’t really argue with because you’re not going to get anywhere at all.

I had just made a brief comment about someone looking great. A model. How their skin was glowing, beautiful hair and nails. Gorgeous photos and didn’t even seem like they were trying.

But she couldn’t even let me finish without inserting her viewpoint into the entire thing. I literally never asked. Nor did I want to know.

“It’s because she’s on a plant-based diet”

Um, thanks for the input?

Look, I don’t care what people want to do.

I’ve been a vegetarian. I bordered on vegan. Then pescatarian. Then I discovered I had hypothyroidism, couldn’t gain more than 2 pounds and went straight to paleo. Nowadays I don’t even stick to a strict diet, but instead figured out what triggered autoimmune issues, made me break out, killed my energy, etc etc etc.

And what’s perfect for me doesn’t fit in a diet. It probably doesn’t for you either. Humans like playing sides. We like knowing what the rules are. Fitting into little boxes because we feel comfortable there. And then we fight with people who disagree with us.

Let’s just be clear about something: What you put in your mouth doesn’t make you morally superior to anyone else. And if you feel like it does, you’re an asshole.

Do you think they’re going to listen to you now? Really? You do?

I’ve seen people gain excessive weight. Then lose it way too fast. Get really sick. Put their bodies through all sorts of unfortunate shit because they’re intent on proving that their lifestyle is best. They literally identify with what they’re eating. They create groups and cliques and friendships based off food.

Not everything needs to be eaten organic. Eating meat isn’t as simple as murder. In actuality, re-integrating meat helped me turn my extremely poor health around.

And if that fact makes you want to argue with me, you probably need to hear this stuff the most.

Diets are ugly. They should be taken as guidelines. They should be tried and not accepted as gospel simply because you feel better after 3 months. You’re probably just feeling better by eliminating the processed junk.

Keep track of your vitamins and minerals. Watch your health over time. Stay open-minded.

Diets are lies. They’re not normal. They put you in a restrictive mindset. You will cheat. You will feel guilty. You will not keep it up for very long.

Diets are not a club. Do not identify with your food, people. It is not worth attacking people or making friends based off of what they have for dinner.

Diets. Do. Not. Make. You. Morally. Superior.

This post was previously published on Fit Yourself Club and is republished here with permission from the author.