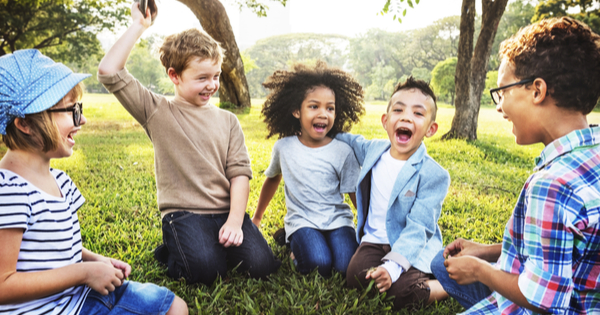 I was ready to support my son if he wanted to wear pink.

I was ready to play with princess dolls.

I wasn’t ready for these words.

He didn’t say I want to dress like a girl.

My initial response was, “How does he know? He’s only six?”

This response, it turns out, is what EVERYONE seems to say. I quickly realized that since he was only six, it made the declaration even more powerful. He wasn’t making a choice like saying I want to be a fireman when I grow up. He was sharing how he felt.

This wasn’t sexuality, or seeking attention, or a decision.

This was not experimentation, or a syndrome, as some like to imply about this era where more and more people are living their truths.

The medical term for it is gender dysphoria, and I had never heard the term before. It is defined as a condition where a person experiences discomfort or distress because there’s a mismatch between their biological sex and gender identity.

Regardless of the terminology or definitions, I knew that I had to love more fiercely.

As I settled into being a Dad to a transgender daughter, I read about other parents’ stories. Although we still have a long ways to go, something in our society must feel safe enough. Children as young as three years old are honoring how they feel. It’s happening to liberal parents living in liberal cities, and it’s happening to conservative parents in Texas.

It took her child wishing to die to believe this is real.

Considering suicide rates are over 40% in the transgender community, it’s not a stretch to say how a parent loves or doesn’t love their transgender child can make the difference whether their child lives or dies.

Shappley knew she had to change and has become an accidental activist as she labels herself. She made this statement to the school board when her daughter was not allowed to use the girl’s bathroom.

“I am an ordained minister, and I am the parent of a transgender child…I’m a mom of a little girl that I would like to see live. Please understand, I’m not fighting about bathrooms. I’m fighting about her life.”

Why does this have to be an agenda? Why is unconditional love political?

Gender Dysphoria is real. How we as individuals and as a society responds to it makes the difference between life and death for people experiencing it.

I’ve had an easier time than Shappley living in Portland, Oregon, but it’s still a challenge navigating the emotions and how to support my trans daughter and her brother. I want to make sure they know my love is without limits, but also want to make sure not to influence how they feel, or toss around too many labels.

With a number of identities and labels present that fall between boy and girl, or neither, I want to support my kids without pressure to be one way or another. It’s all about how they feel. I can model how to be a strong, persistent, and loving human, but I will not and cannot teach them how to be a man or woman.

One day Jaxen declared, “I’m going to be gender-neutral when I grow up.”

I didn’t want to suppress the idea that he too may identify differently, but I wanted it to be an expression—not just a label he picked up from overhearing conversation.

I’m fairly certain he’s all dude so I wanted to say, “Dude, if you feel like a dude. Be a dude!” but that would be putting words in his mouth and dismissing his thoughts.

Instead, I replied, “Buddy, you can be gender-neutral if you want, but just be how you feel. You don’t have to call it anything. Be how you feel. That’s what your sister is doing. She’s being true to how she feels.”

Be how you feel.

An old college buddy inspired by my daughter came out to me as transgender in a Facebook message. He said he’d known this for a long time even though he was married and is now a father.

I replied to her, “You are finally being true to yourself. You are being how you feel.”

She replied, “If your daughter can do it so can I.”

It crushes me thinking about the challenges my friend faces and how so many people live a lie because they are afraid to be how they feel. My heart also sings at my girl’s bravery, and how it has already empowered others.

Keep living your truth, my girl.

You need it. I need it. The world needs it.