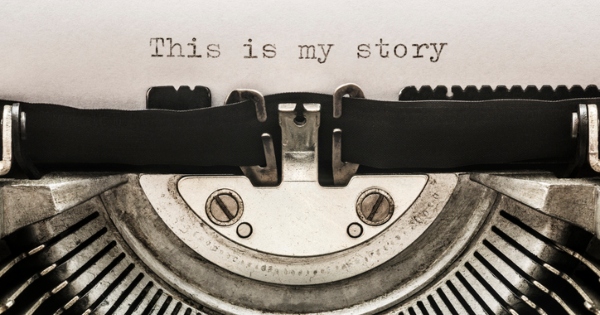 —
I was interviewing an author recently who began complaining to me about her teenage daughter’s English curriculum. Apparently, even in the very progressive Pacific Northwest, she was only being assigned books written by white men. “Nothing but white men,” the author continued. “As if white men are the only people who can write books. I told them my daughter will be reading Toni Morrison and Alice Walker.”

Growing up, I was asked to read the same books her daughter was being asked to read. I also read a lot of books I wasn’t assigned. Most of those books were written by people who looked more or less like me. I knew by this time I wanted to be a writer, but the fact that I shared the race and gender of my favorite authors did not give me much in the way of confidence. I had already put authors into a special category, a category adjacent to but no less sparkly than rock star and professional athlete. Was I sparkly enough to be an author? It was a little hard to tell, as the most significant difference, in my mind, between writers and musicians and athletes is that you never saw writers.

Though I did meet an actual living author when I was only fourteen. I was in a program at my school for kids who were interested in writing, and he had been invited to visit and talk us. He was, it turns out, black, which did not register as significant to me at the time. What did register is that I had never heard of him or either of his books. This didn’t surprise me. I read only fantasy fiction at this time, and he’d written a book that took place in the 20th Century United States, one of those books about real life that I wanted nothing to do with.

Still, he did not seem at all sparkly. In fact, he seemed like a type of person I’d known, sitting there in front of us with his glasses and tweed jacket and tie, speaking with an inward-looking stillness that I’d come to associate with my friends who, unlike me, didn’t like to play sports. He told us the story of how he’d published his first book, how one day he began writing in the voice of a young man who was sitting in a car explaining why he was planning to kill his mother. He wrote fifty pages in this character’s voice in a couple of days and then stopped. He didn’t know where the story was going or if that character had any more to say. When he showed the pages to an editor who said he’d publish it if the writer could finish it, he outlined the rest of the book in one night and completed the manuscript in a matter of months.

His story was fascinating to me. I’d never heard someone talk about the creative process like this before. It seemed both mysterious and ordinary. I wondered if the part of the book he’d outlined was as good as the part that had come to him in a rush. After he addressed the whole class, a few us–the most dedicated students, I suppose–gathered around a table with him at the back of the classroom to talk further about the life of a writer. He said his second book had come much slower than the first and that he was not sure what his third book would be about. I noticed how carefully he spoke, how every sentence was complete, how there were never fragments. It struck me then that while he was like people I’d known, it seemed that in writing and publishing these books he’d gone somewhere no one I actually knew had ever gone before.

That’s when Ann showed up. Ann was a senior, and part of the reason I’d chosen to attend this school. She’d been one of the students who’d come to my junior high and pitched the value of attending an “arts magnet program.” When they asked if anyone in the audience was interested in writing, I was the only kid who raised his hand. Ann, dressed all in black, hopped down from the stage and came over and began talking to me about how great the writing program was. The problem was she was so pretty and grownup-sexy and leaning so close to me while she bubbled with creative enthusiasm that it was hard to pay much attention to anything she was saying. Still, I heard enough that I chose the school.

I hadn’t seen her since. She wasn’t in the writing program anymore. Someone said she’d switched to theater and then dropped out of that. I’d also heard she’d had a fling with a teacher. Yet there she was, still dressed all in black with her black ponytail, beaming at the writer as she told him how much she’d loved his first book. The author nodded, politely and quietly grateful. The difference struck me, that Ann was so bright and ebullient talking about his novel, and the author seemed so removed from it as if his twin brother had written it and he now had to go around speaking to people about it. It was almost as if the book meant more to Ann than the author himself.

I never saw Ann or the author again. Both of them, however, stayed with me as beacons of what my future might hold, twined together in mysterious adult threads of creative success and sexuality. I was six feet tall, but I was still such a boy. My life was all that would happen that day or the next. The rest was fantasy, a dream where I might be anything or with anyone. I did not know what that life would be except that I wanted it to shine as bright as Ann’s face meeting the source of the something she loved.