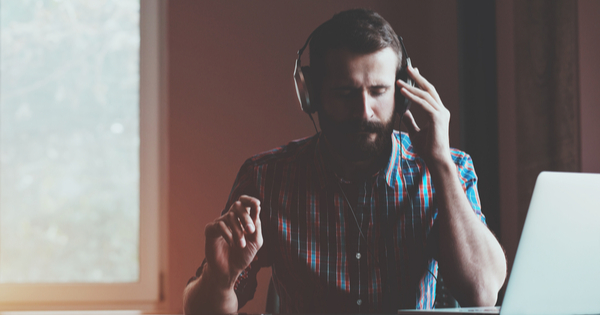 I think it’s time to get super real…about authenticity.

But first, I want to share an experience I had on an average Tuesday coming home from work. I put on a Spotify mix and was jamming out to some old soul and funk music. Earth, Wind, and Fire, Isley Brothers, Boz Scaggs were part of the agenda.

Out of the blue, I heard a groove I’d never heard before. The song had a really tasty drum groove, with a chunky rhythm guitar and just a disgusting bassline.

Following the opening keyboard riff, I hear a voice I could’ve sworn I’d heard before. And I had.

“Said the fight to make ends meet. Keeps a man upon his feet. Holding down his job. Trying to show he can’t be bought.”

This nasty, funky, borderline Caribbean island soul song was being performed by the late Robert Palmer. The song, of course, was his 1978 hit Every Kinda People. Truthfully, before Robert started singing, I thought it was a Boz Scaggs song I’d never heard.

The same guy who sang this song, would go on and have pop hits in the 80s like Simply Irresistible. Gentlemen of a certain age, what do y’all remember from that song? Probably the video with the women and the impossibly tight dresses that MTV seemed to play on an endless loop.

Not the world’s most soulful song, in my studied opinion.

How could someone perform a song with as much soul and gravitas like People, do a song that was so video heavy like Simply Irresistible?

The success of songs like Irresistible and Addicted to Love led Palmer to huge successes. He went from playing in small theatres to playing Wembley Stadium.

After I heard Every Kinda People, I went into a YouTube rabbit hole…and this is based on a comment (so take it with a grain of rock salt) but I can’t help but think it’s pretty accurate.

This is a paraphrase from the comment on one of Palmer’s videos. By the end of Palmer’s life (he died of a heart attack in 2003) he was playing smaller venues again and playing much of his older material. But he appeared to be happier and having much more fun.

Putting on my life coach hat for a moment – I can’t help but think that his successes of the 80s were a result of him being less than authentic with his own Voice. If there’s a lick of accuracy with this comment, I am pretty sure I’m correct here.

Let’s turn back to me. Because we all know this is all about me, right?

A couple of weeks ago, I was invited to hang out with some mutual friends in the City who I met at the Writer’s Hotel conference last summer – including the founder and co-directors of the conference. We had a nice meal, broke bread, and had a few drinks.

After dinner, we hopped in a taxi and headed a few blocks uptown. I was about to do something that I’d never done before.

We walk into this building that reminded me of something out of Tokyo (a place I haven’t yet been.) We were led to a private room with a TV and a karaoke system. Yeah, we had some fun.

Everybody there was egging me along. I was looking for the right time and the right song to make my move, but nothing was coming up.

I excused myself to the restroom and to get a little more liquid courage. When I step back into the room, Scott (the co-founder of TWH) hands me a mic and tells me to sing.

Midway through singing the Dave part of Soul Man, I was like “f*** it! Let’s go!”

I took the iPad that had the music library on it, and I searched for one of two songs. They were both on there. So, I chose the one I didn’t think would make me cry.

My song starts with a rumbling bassline and a long instrumental introduction.

“Who’s is this,” someone asked.

“Yeah, that’s mine. Gimme that mic!” I’m about to show these folks a talent that nobody outside of my car has seen.

Don’t get me wrong, I sang the h*ll out of me some Whipping Post, but I sounded like me.

I was the kid who was scared to sing a solo in a church play when I was ten years old. But I can sing a blues classic like I did at 42.

I have to say, though, it’s been a long time since I’ve felt that authentically me.

A week later, maybe even a crazier thing happened. I went into the City to support a few of my friends at a reading for the 2019 version of The Writer’s Hotel. And one of those friends (who wasn’t at Karaoke by the way) talked me into trying a standup comedy open mic this summer.

For both reasons, it was all because I was being authentically and truthfully ME.

I believe I would’ve done both if I’d been drinking water the entire time.

I was challenged by MY coach a couple of weeks ago to get present to what is authentic to me. Walls down, comfort zone, ease and flow, authentic to me?

I’m most authentic when I’m:

These are but a few of the many things that are authentically me. And when I’m authentically me, I can be naturally charming. I can be engaging with some of the most brilliant minds in the world. And I can be insanely funny.

I invite you to take this on for yourself. When are you the most authentic and most real in your life? And how do people respond to you when you’re your most authentic?

Drop the wall. Lower the veil. And show the world your authentic truth.

In the words of the Bard of Avon: “To thine own self be true.”
—