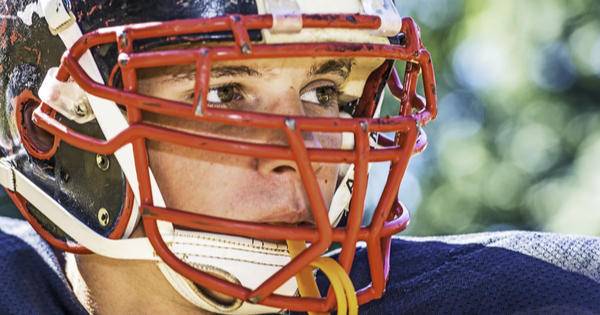 Dear Athletic Support: My son’s high school team is bad. Really bad. We haven’t won a single game, and looking at the teams left on the schedule, it doesn’t look like we will. It’s a struggle to get my son to go to practice. It’s even worse sitting in the stands on Friday nights. Most of the parents are either calling for the coach’s head or talking trash about the players. It’s my son’s senior year. As a parent, is there anything I can do to help salvage this season? — Sick and Tired of Losing

Dear Sick and Tired: I feel your pain. My first season as a head coach, my team went 0-10. I’ll never forget the pain, the embarrassment, and the constant questioning that came along with each and every loss.

The few bright spots from that dreaded year came in the form of the players and parents that stuck by my side and kept their heads high. It was truly heartwarming to see that kind of resolve in the face of such adversity. I know it wasn’t easy.

In today’s cowardly world of social media, it’s easy to be a critic. If your team is going through dark days, I’m sure there are parents, fans, and probably even players rumbling around on message boards about what could or should be done to right the ship. If you can refrain from joining in with this chorus of boo-birds, you’ll have a great opportunity to teach your son a lesson in loyalty.

Loyalty seems to be a dying attribute these days. Just look at college football and the carrousel of college coaches. The University of Arkansas’s Razorback football team is a great example. Head coach Chad Morris is barely through his second season and already fans are calling for his head, players are looking to transfer, and recruits are decommitting.

So, show your coach some love, even if he calls a timeout at an inopportune time, or tries some ridiculous trick play that results in a fumble. If you can refrain from being one of those nagging parents in the stands, then maybe your son will notice.

If he does, he’ll have an example of how to behave in the locker room or on the bus after games when the other players start expressing their discontent.

In the end football, much like life, is a team sport. More often than not we’re forced to endure less than ideal situations. We encounter rejection and loss on a daily basis, and it’s how we respond to those situations that make all the difference in the world.

Whatever you do, don’t let your son hear you speaking poorly about his coach — or worse — his teammates. If there’s any chance of your son’s team pulling out a late-season victory, they’re going to have to stick together, and, believe it or not, the unity they so desperately need could start with you.
—