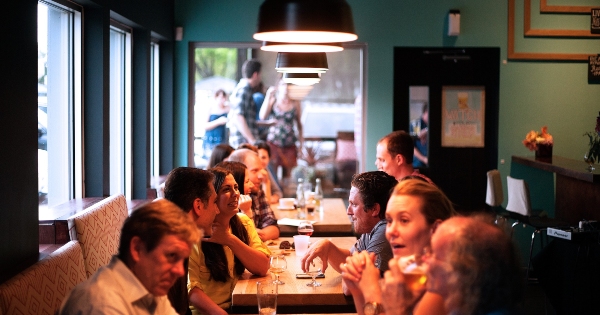 145. By Governments and international and regional organizations:

h. Discourage the adoption of and refrain from any unilateral measure not in accordance with international law and the Charter of the United Nations, that impedes the full achievement of economic and social development by the population of the affected countries, in particular women and children, that hinders their well-being and that creates obstacles to the full enjoyment of their human rights, including the right of everyone to a standard of living adequate for their health and well-being and their right to food, medical care and the necessary social services. This Conference reaffirms that food and medicine must not be used as a tool for political pressure;

i. Take measures in accordance with international law with a view to alleviating the negative impact of economic sanctions on women and children.

Onward our story continues in this neverending one, and not always on still serious but light by comparison topics of work equity, the narrative of explicit violence against women bound within the context of international arms exports and imports & excessive military expenditures upwards of nearly $2 trillion around the world.

This seems like a staggering achievement of the multi-polar and globalized world seen now. We have a world in which knowledge of the pain and suffering inflicted via war comes in through electronic print and audio-visuals on digital displays. All the while, we sit comfy at the pain and brutality of human beings upon one another. As should be noted, the emphasis at the top of the paragraphs provides a context of the paragraphs below.

Article I of the Charter defines the purposes, and, in some base meanings, defines the targeted objectives and vision of the United Nations:

The Purposes of the United Nations are:

The first intentions of the United Nations come in the form of peace and security. Noting, of course, the title or, more properly, term “United Nations” came from the mind of Franklin D. Roosevelt on January 1, 1942. This came forward from 26 nations who wanted to fight against the Axis powers in the Second World War. “Internationa peace and security,” “fight against Axis powers in the Second World War,” “effective collective measures for the prevention and removal of threats t the peace,” “excessive military expenditures,” and “control the availability of armaments” come in clasped hands.

The Economic and Social Council or ECOSOC is the main organ of the United Nations devoted to the coordination, and review and dialogue and recommendation-giving on policies relevant to the economic and social concerns of the international community, whether of the individual Member States, regional geographies, or global issues including anthropogenic climate change.

The Trusteeship Council came with the Charter in Chapter XIII. That which emphasized an 11 Trust Territories under the auspices of seven Member States of the United Nations with insurance for the steps provided for the independence and self-governance of the territories. 1994 was the year in which complete self-government and independence were attained by the Trust Territories:

Even with this as one of the six core organs of the United Nations, the Trusteeship Council ceased operating on November 1, 1994 in the light of the complete self-governance attained of the Trust Territories, listed above.

1945 has been an integral year for the development of formal international structures for the maintenance of peace and an increase in international security. As the United Nations works, the Beijing Declaration simply reflects the work on the more extreme and particular angle of extreme forms of violence against women, specifically, and with an emphasis on the arms and military expenditures around the world.

If curious about the context in Canadian society, a significant number of organizations exist to provide for the needs of women and for the concerns/issues of women. For example, we can note a listing:

All these organizations focused in some direct or indirect manner on women’s rights and women’s issues. The Beijing Declaration joins this noble tradition. Some may be more effective than others; some may be ways for an easy life for the leadership; some may, potentially, skim off the top and take fancy flights for personal comfort, as in any human endeavour in spite of the loftiest ideals; however, for the most part, the effort and intent for the vast majority remains positive and for the improved status of women. I’ve seen the same corruption behind closed doors in student unions; nothing new. It remains about the overall work at some level. Whistleblowers will be, and are, punished, sometimes severely. If a veneer or fundamentalist religion, then, of course, this can add another tribal bigotry to compound the issue altogether.

In this, we come to the improvement in the development of the health and wellness of women in society. This amounts to a concrete manifestation of the rights of women in real life. The impediments to the full economic and social development of countries can be affected by wars because war is costly. Women and children can have hindered well-being, which can shorten lives and reduce the quality of their lives.

The full enjoyment of the rights of women, as women, remains the core of this series with excessive military expenditures and arms availabilities as one of the core issues affecting us, now. The status of women inevitably means the improved material conditions of women in the more destitute circumstances in the world. For example, as the World Economic Forum indicates, Canada and Finland mark the top of the list in terms of the quality of life of the individual citizens:

For such a huge nation, Canada only has 35 million citizens, and they are some of the best looked after in the world. Canada’s healthcare is what stands it above the rest. Education and opportunity in the country are also impressively strong.

Everyone says Scandinavian nations have the highest standard of living, and now Finland has made it official. It scores highly on almost every index on the report, from basic needs, foundations of wellbeing and personal freedoms. If you move there just make sure to bring warm coat — temperatures can reach minus 50 celsius​ in the winter!

Comparatively, according to The Economist, the bottom of the ranks indicate Haiti, Tanzania, Nigeria, and Zimbabwe as some of the lowest quality of life places to live. The general phrase “Quality of Life” provides a basis for the look at the access and quality of food, education, healthcare, and social services for women in relevant contexts.

At the level of governments, and regional and international organizations, the work is dealing at the level of tens and hundreds of millions of women with different kinds and levels of needs for the improvement in the quality of life. The brutal fact of human cruelty can come from simple negation or withholding from other populations the food and medicine necessary for decent living conditions.

It, akin to sexual violence in rape as a weapon of war, can be a “tool for political pressure.” International law is important here. But in line with the rest of the paragraph, this is preventative and within a larger context of excessive military expenditures and arms availabilities, in 1995 and now.

The deal with the weapons of mass destruction can be associated with this. But we see more immediate and long-term, and ongoing, issues dealing with the privation of women and children from necessary resources for health and wellness. Money used, also, for the arms stockpiles and military R&D of the world could be used for more productive and humanitarian purposes, but aren’t.

Photo by Kevin Curtis on Unsplash

END_OF_DOCUMENT_TOKEN_TO_BE_REPLACED

Facebook2Tweet1Pin5EmailShares8
wpDiscuz
Share this ArticleLike this article? Email it to a friend!
Email sent!