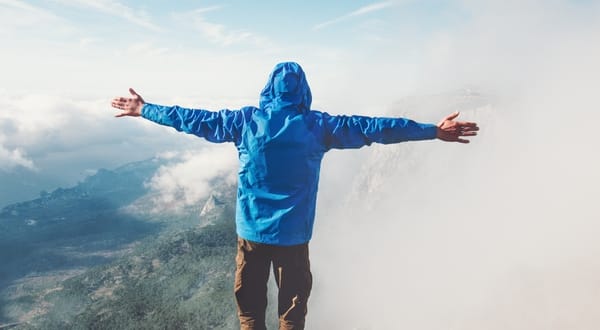 What does society owe a released prisoner?

After society locks someone in a cage for seven or ten or fifteen years, how does that person reintegrate into society?

Does society owe them anything? After all, they committed a crime, and that time in a cage is the penalty. How does the song go? “Don’t do the crime if you can’t do the time?”

But do we owe them any help in resuming their lives? I think we do. Isn’t it in society’s best interests to help former inmates be as successful as possible once they’re released? Sure, the private corrections industry might disagree, but that’s another issue.

Imagine that your interaction with the world ended twenty years ago. The first Harry Potter book had just been released. The Backstreet Boys were just making it big. Titanic and Men In Black were the big movies. Nokia was the big cellphone manufacturer of the day, and flip phones were it.

Now try to reconnect with that society.

It’s hard enough if you’re a convicted felon. Some states won’t let you vote even after you get out. You’ve got post-sentence controls like parole, drug-testing, and residence restrictions. You might not be allowed to return to your family home. You’ll probably lose any professional licenses you held, and you’ll also likely be ineligible for public assistance, including student loans. The good news is that the latter issue is easing to some extent.

And while there are dozens of programs for ex-offenders to help them succeed in rejoining society, perversely, exonerated people often aren’t eligible for those programs.

Because they’re not felons, you see. They were innocent when they went to prison. And many re-entry programs are strapped for funds as it is, so they can’t afford to let non-offenders join the program.

So imagine you lived in Kansas and were found guilty of a robbery, rape, or double murder that you didn’t commit. You spent 15 years or 17 years or 23 years in prison for something you didn’t do. You missed birthdays and weddings and funerals, all the while working to get out of prison because you didn’t do what they put you in prison for.

Finally, you’re released. You have your freedom back.

But Kansas, like 17 other states, doesn’t have a specific compensation statute to help wrongfully convicted people get back on their feet and return to society. So people like Floyd Bledsoe end up getting charged 24% interest on a car loan because he’s got no credit history after having been in prison for 15 years for a rape and murder that his brother committed. Lamonte McIntyre is still wearing his prison-issued glasses because he can’t afford to buy new a new pair after spending 23 years in prison for two murders that he didn’t commit. When he walked out of prison after 17 years for a robbery he didn’t commit, Richard Jones didn’t even get the $100 cash that released felons normally get. Because he wasn’t a released felon.

If we want to be known as a just people, why are we fighting this? One legislator in Kansas suggested that if the state were to pass a compensation statute to help the wrongfully convicted, people would try to get wrongfully convicted on purpose, as if spending years in prison were a walk in the park. Florida has what’s called a “clean hands” statute, meaning if you have a prior conviction, you don’t get anything for being wrongfully convicted. Never mind that eyewitness misidentification and poor police lineup procedures are a major cause of wrongful convictions.

Wrongfully convicted people shouldn’t have to rely on the largess of others to return to society or petition their state legislature for private compensation bills. There are currently 18 states refusing their responsibility to the wrongfully convicted. Those people are just as much citizens and constituents as any other person in the state, and they deserve the same protections and due process.

Don’t forget to sign up for my newsletter, and subscribe to the blog via the link in the right sidebar so you never miss an update. You can also add my RSS feed to your favorite reader. As always, social media shares are appreciated.
—
This post was previously published on www.bobmuellerwriter.com and is republished here with permission from the author.
—
Photo credit: Shutterstock