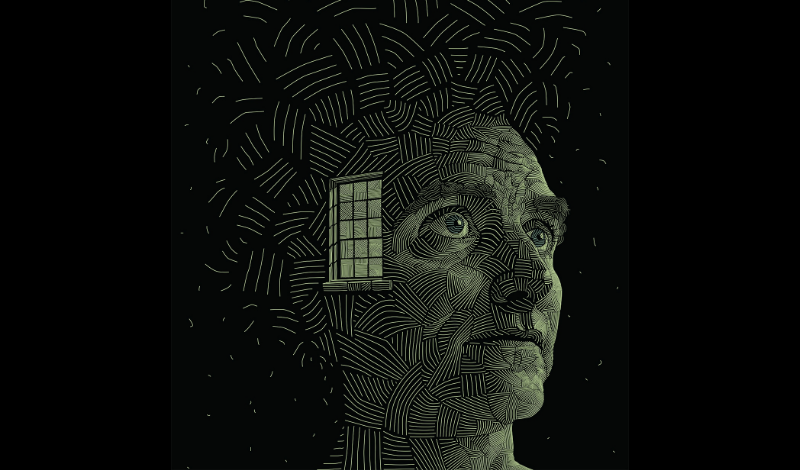 Human memory is notoriously unreliable — even when you think you’ve got the details right, it can still fail you when you need it most.

We rely on both our short-term/ working memory and long-term memory for almost everything, but our memory isn’t as consistent as we’d like to believe. It’s very limited and gets worse with time.

Human forgetting follows a pattern. We forget much of what we read, watch, think, and encounter directly in the world.

Research shows that within just one hour if nothing is done with new the information you learn or come across, you will forget about 50% of that new knowledge. After 24 hours, this amount increases to 70%, and if a week passes without that information being used, up to 90% of it could be lost.

But sometimes the brain forgets on purpose. Our brains are used to sorting out what’s important and ignoring the rest. It may sound counterintuitive, but forgetting is important for the active functioning of the brain and memory.

Most forgetting is part of healthy memory functioning. Research suggests that forgetting plays a positive role in the function of the brain. It can actually increase long-term retention, information retrieval and performance.

In the late 19th century, Herman Ebbinghaus, a psychologist, was the first to systematically tackle the analysis of memory.

His forgetting curve, which explains the decline of memory retention in time, contributed to the field of memory science by recording how the brain stores information. 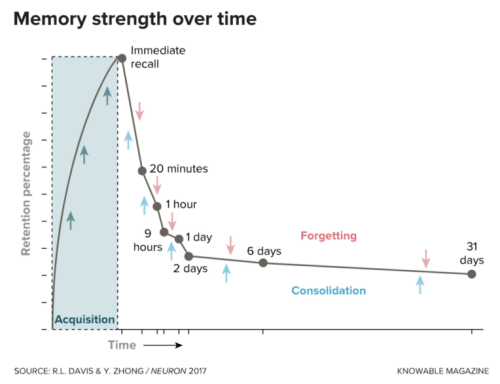 Memories can change spontaneously over time. You are probably familiar with the phenomenon of learning something and forgetting about it a few hours after spending quality time on it.

“Without forgetting, we would have no memory at all,” says Oliver Hardt, who studies memory and forgetting at McGill University in Montreal. “Forgetting serves as a filter,” he said. “It filters out the stuff that the brain deems unimportant.”

The good news is, you can change the shape of the curve! You can intercept the forgetting curve to retain more of what you learn.

The trick to doing that (especially when you are acquiring a new skill or knowledge) lies in convincing your brain that the information matters.

In a University of Waterloo report that looks at how we forget, the authors argue that when you deliberately remember something you’ve learned or seen not long ago, you send a big signal to your brain to hold onto that information.

They explain, “When the same thing is repeated, your brain says, ‘Oh — there it is again, I better keep that.’ When you are exposed to the same information repeatedly, it takes less and less time to ‘activate’ the information in your long-term memory and it becomes easier for you to retrieve the information when you need it.”

Reviewing what you want to keep a couple of time should give you a good start at overcoming the forgetting curve.

When you quickly revisit the material a number of times, the pieces of information you retain strengthen, instead of quickly fading away.

One method that can significantly improve retention of information is spaced repetition — repeating intake of what you are trying to retain over a period of time.

Spaced repetition leverages the spacing effect, a memory phenomenon that describes how our brains learn better when we separate out information.

“Information that is spaced over time is better remembered than the same amount of information massed together,” write researchers who conducted a study on Neurogenesis and the spacing effect.

Learning something new drives out old information if you don’t allow sufficient time for the new neural connection to solidify.

Herman Ebbinghaus once said, “With any considerable number of repetitions, a suitable distribution of them over a space of time is decidedly more advantageous than the massing of them at a single time.”

Spending time each day to remember information will greatly decrease the effects of the forgetting curve. It’s a conscious effort that reminds your brain that you want to commit that knowledge to your long-term memory.

Another approach to overcoming the forgetting curve is the 50/50 rule. Dedicate 50% of your time to learning anything new and the rest of your time to sharing or explaining what you have learned to others.

Research shows that explaining a concept to someone else is the best way to learn it yourself. The 50/50 rule is a better way to learn, process, retain, and remember information.

For example, instead of completing a book, aim to read half, and try recalling, sharing, or writing down the key ideas you have learned before proceeding. Or better still, share that new knowledge with your audience.

Our brains are busier than ever before. We’re consistently exposed to facts, pseudo-facts, notifications, and rumour, all posing as information. Information overload means we are processing more data than ever before.

And the brain is consistently in the business of sorting what to keep and what to forget. If you want to improve your retention rate, take control of the process and reinforce the new information deliberately. 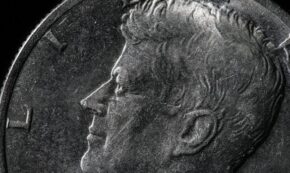 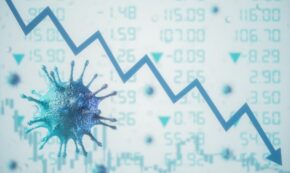 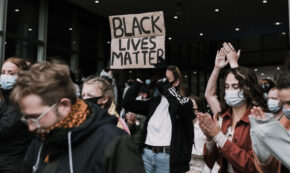 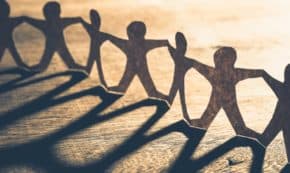 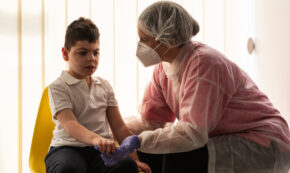