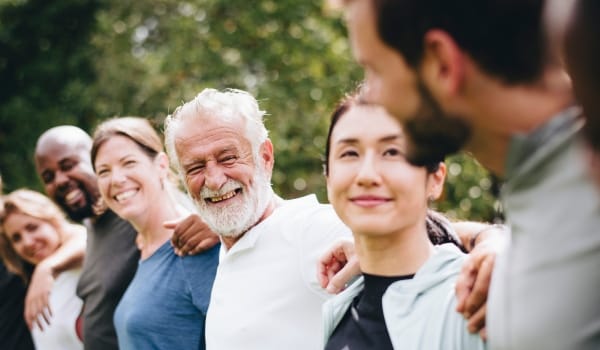 —
There is a care economy out there. Many of the most important and fulfilling parts of our lives—such as parenting, neighbourliness and favours—are about care, even if they are not conventionally classed as economic activity.

When people are motivated by a need that inspires care, whether unpaid or paid, there can be a richness in the motivation as it is needs-driven and sustaining of both people and society.

When it comes to organisations, care is a bit more of a slot machine.

The welfare state, in particular, plays a vital role in people’s lives. It can be a lifesaver, a safety net or a transformer. As one beneficiary explained to a friend of mine, Richard Simmons, a senior lecturer at the University of Stirling, “There are things that, if I didn’t experience them here at the day centre, I wouldn’t have ever done them in my life. Before, I never got out. I was a right scaredy-cat. Now, I’ve tried so many different things, I think ‘Yes, I can do it’. So that’s what it’s done for me.”

But the welfare state can also lose its caring touch in random acts of thoughtlessness, pervasive bureaucracy or the demeaning nature of being assessed as someone in need. Talk to any parent over the years who has had to get one of their children ‘statemented.’ The language that is used to describe and plan care services often reflect this confusion.

Richard Simmons was doing research on people who use social care services. He wanted to explore the different labels they use – citizen, consumer, client, customer, user, member of the public – all labels with slightly different connotations.

He showed the list of terms to one person and asked, “How do you think the service providers see you?” The man looked genuinely confused, and then replied, “They just call me John.”

The words that professionals use to talk about health and social care today, including that great ugly noun, personalisation, are no more than bits of Lego. Terms can be assembled, fit together and sound good, but they don’t capture the fundamentals of care. They don’t answer the question, “Why care?”

At root we need to understand care as meeting human needs and creating human dignity.

This needs to be good work. Fritjof Capra, founding director of the Center for Ecoliteracy in Berkeley, explains, “We can’t be empowered by work that destroys the environment around us or creates systems of inequality. No matter how our work is organised, it cannot fully empower us unless we believe in its purpose.”

This is how the care system, or the wider economy, currently works:

The formal social care sector, catering for the most vulnerable people in society, has been hit hard by austerity measures. Social care costs account for one third to one half of local government core budgets and the squeeze on funding has meant that low pay has become endemic to the model of state care, as it has been among private sector contractors. In the home care sector, eight out of ten workers are on zero-hour contracts.

The demand for social care, though, is increasing, leading to an interest in hybrid models of mutual care, self-payment and state support. Drawing on the work of around seventy mutual pioneers in the social care field, in work led by Co-operatives UK associate Pat Conaty, we have been exploring the potential for a radical new model of social care, drawing on innovation from Italy.

The ‘social co-operative’ model turns the users of social care into partners, alongside the workforce, with both given an ownership stake in the business and a share in its financial success. It is an approach of services delivered ‘with and for’ care users and carers.

There is now a social co-operative in every town in Italy, with a labour force of 360,000—greater than the total number employed by private sector residential care providers across the UK.

In Wales, a network of champions has been formed to spread the social co-operative model, following a national report earlier in the year on the importance and potential for co-operative and mutual enterprise for the Welsh economy. In that report, the Co-operatives and Mutuals Commission said, “The Commission considers that there is a compelling case for a greater role for social care co-operatives because of the added value they can bring to social care services, including: high-quality services that are based on co-operative values and principles and not on private profit; services that are responsive to people’s needs, as they are citizen directed, giving a much stronger voice and greater control to service users and carers; greater contestability in a market dominated by large, private providers.”

Disability Wales, as one example, is developing a model for a co-operative of direct payment users, challenging the idea that services have to be managed either by the individual consumer or by the municipal state. A similar consortium has now started in England.

The social co-operative model should not be seen as a rival to wider social enterprise, voluntary sector or public social care agencies. Rather it offers a way to upgrade what they do, by building the idea of partnership, or co-production, into the governance of the organisation. The route to go from a traditional charity with beneficiaries to a charitable society with members is one that has been opened up by legislative change over the years and is now one that is clearly on the table.

These can include what we might call 360-degree co-operatives, multi-stakeholder models that open membership and accountability to all the key groups involved in the enterprise – including staff, volunteers, carers and users.

The most impressive practical examples I know of in health and care include co-operatives and mutuals that actually pre-date the NHS, such as Benenden, which has recently opened its services to all, as well as more recent arrivals. The Foster Care Co-operative, for example, gives a voice to foster carers. It can match pay and good working conditions, though not exceed them, but it adds a precious commodity – dignity. Leading Lives in Suffolk, founded as a worker co-operative in 2012 when Suffolk County Council spun out its entire adult social care service, is working with vulnerable people, and those who provide such vital social care have a voice in what goes on.

When you talk to co-operatives like this, here and abroad, they stress that what makes the real difference is values and culture. We are surprisingly unreflective as a nation about the institutions that serve us, surprisingly complacent about turning the care of vulnerable people into a market. To create an economy that cares for people in need, we should take a better road – the path to co-operation. l

Ed Mayo is Secretary General of Co-operatives UK and co-author of Co-operative Advantage: innovation, co-operation and why sharing business ownership is good for Britain.

A version of this post was previously published on Stirtoaction.com and is republished under a Creative Commons license CC BY-ND 3.0.
—

About Stir to Action