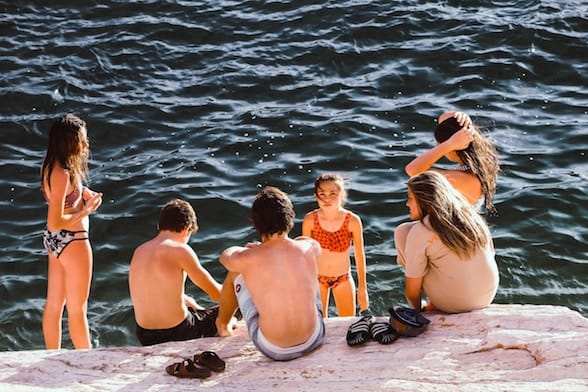 It wasn’t the hair sprouting in new places, a cracking voice, or the race in my mind about bodies besides my own they awed me. It was this thing I’d never had before, though I didn’t have a word for it. Looking back, I would call it prerogative—a newfound privilege, a trial membership into the world of adults.

With this permit, came a flourishing of opinions, likes, dislikes, assertions, observations, and a self-proclaimed right to experiment with thought, language and boundaries. The boundaries, of course, set by the grownup establishment, parents et al. Part of that experimentation meant navigating the rules and pushing them simultaneously. Where one adult encouraged, another forbade, where one shunned, the other praised. It was all rather confusing, as was the entire teenage experience.

Add to this the dangers that lurked everywhere. But with a child’s perspective, it was difficult to discern what the evils were. I feel for the young middle age of today, where the lines are even more blurry. It’s in those still tender years when the risk of exposure TO EVERYTHING is both awesome and terrifying.

It is those years before 20 that you can be shaped, shattered, and saved—that is, provided, the guardian angels are still on guard. Often they are, but mostly they’ve checked out a bit, or all the way. In doing so, the authorizers of our eventual admission into adulthood inadvertently give us permission to be exactly who they are whether they like it or not. As children we catalogued every slightest adult behavior only to use again with gusto in those wild times of teen-dom.

Photo by John Schnobrich on Unsplash

Part 2 of the Stages of Man Series: Boyhood

END_OF_DOCUMENT_TOKEN_TO_BE_REPLACED

Facebook17Tweet1PinEmailShares18
wpDiscuz
Share this ArticleLike this article? Email it to a friend!
Email sent!