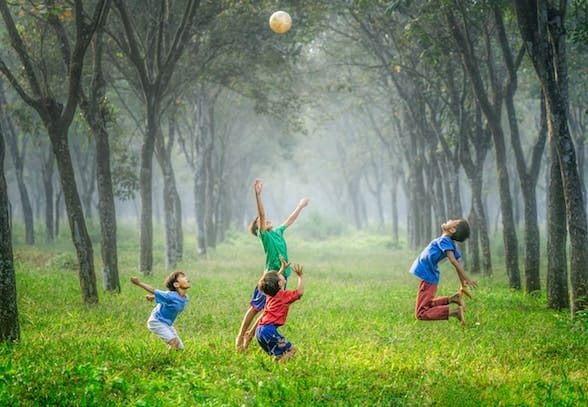 Remember when you were a boy? It was that time when you could clothe and feed yourself, but still needed you mom to pick your clothes and your dad to make your breakfast. It was when you could brush your own teeth and wipe yourself, but you didn’t need money quite yet. Your toys and T.V. shows meant everything. You knew what foods you liked. You had a few good friends, and your imagination was limitless.

It was the time you knew the body you were in was male, but yet your awareness of it wasn’t tied to sexuality. You were just a boy. You may have been sprouting a few leg hairs, might wonder at your father’s beard, but it was all far away. You weren’t in a romantic relationship as we know them now, and maybe you had a little crush on someone, but you didn’t know what it was that was stirring up inside you.

This period in time was the never-ending age. It was our true golden years. Our caregivers still gave to us and we to them. We were still somewhat fragile, though our strength and strengths increased by the day. We knew what days and weeks and years were, but they still felt long and glorious. We didn’t know everything, but we knew a lot. We weren’t cynical or vexed. We were hopeful and inspired. We were innocent.

That is boyhood. It’s magic, is what it is. As the precursor to all that will follow it, boyhood is truly sublime. No other time in life can you be goofy and ignorant and get away with it. No other time is a little bit of good faith mischief or rascality tolerated. I remember being that age and seeing my dad and my older male cousins and uncles maybe hanging around at a party or something, how they already spoke a different, corrupted language. I knew somewhere there was a line between them and me, I just didn’t know how and when I would cross it.

Did we ever want to cross that line to become men? Of course we had to at some point. But did we bring with us the spirit of the boy we once were? Is there a way to go back and get it if we’ve lost it completely? Like the way the boy mind often works, there’s only one way to find out.

Photo by Robert Collins on Unsplash