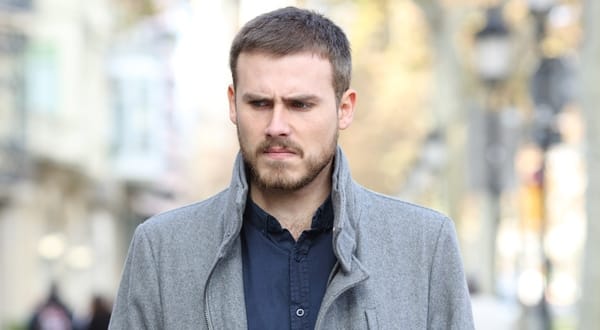 I could care less if someone understood why I said or did something. I wanted to be gotten by others. We all do.

Here’s my crude representation of “being gotten” according to Werner Erhard. When who I am over here is now recreated over there in another person, and I’m left with that experience, then I’m gotten by that person. In Aikido, this is literally awase – to match up, to become one with another.

Perhaps as human beings, other than being loved, we want to be gotten. That’s art. That takes practice. Getting another is about what I or you are willing to give up, be it judgment, prejudice, or point of view. Getting another person is “Not all about me.” Getting someone is all about what it’s like to be them. Bruce Lee said, “Empty your mind. Be formless, shapeless like water…”

Yeah, that’s substantially easier said than done. Yet, as Sensei would say, “Just train.” “Mushin. Mushin.” If I think about having an ‘empty mind’, then I really don’t. Duh.

When Werner went back to his hotel, he got it. “They kept saying the same thing over and over again because they never had the experience that somebody got it.” More to point: “They wanted to be gotten.” Amen.

The next day Werner made sure that the members had the experience of being authentically gotten by him. He asked them “What’s the predictable future?” They told him their grim predictions.

Then Werner asked, “How would you like to create a new one?’ Like all of Werner’s stories, this one ends well. The Catholic and Protestant children were now free to travel between schools without physical threats or harm.

When I first started training in Aikido with Sensei, I wanted so badly to prove that I wasn’t weak. I’m small, and I wanted to learn to defend myself. Really, it was my “in order to” be strong having felt not good enough growing up as kid with my dad. Sensei got it. He got me.

With Sensei, I had nothing to prove. I could dare to fail big. I just trained. I listened. I was finally free to be me. That was like heaven. I also got that I need to authentically get others, too.

A couple of years ago, I had my very first Match dot com date with Jacqui. We traded e-mail messages for a couple of weeks until our schedules freed up. I invited her to dinner and a movie. Jacqui wasn’t a big movie person per se. Then again, no one is a “movie person” like me. I suggested “Wonder Woman,” which I had already seen and loved. In “Wonder Woman” the Hero is about: “Only love can save the world.” So that might work.

Jacqui was amazing. She was a Korean-American, born in Korean. She took care of her parents, who immigrated to the US. She had a Masters in Fine Arts from France. She was the Human Resources executive for her company. She was very pretty. She was smarter than me, which I loved.

When we met at the theater, I got that I wasn’t precisely what she wanted or expected. Although, she was very polite. She told me about studying Art in Paris. She participated in an intense study program at her Church to prepare for mission work abroad, which was her passion. She dedicated to being of service. She wanted to make a difference in the world. Amen, Jacqui.

Jacqui really loved “Wonder Woman”. Admittedly, she didn’t see many movies in the theater. Most of the movies she saw were on business flights. After the movie, we had dinner and talked.

Jacqui asked, “So you’ve never been married?” Yeah, I get that a lot. I said, “No.” I told her that I had almost given up meeting someone until I met her on Match dot com. And ‘no’ that wasn’t a line. For one thing, unlike Aikido, I have no training in that.

We talked about: sushi, yoga, our parents, Aikido, and cucumber kimchee. I told Jacqui how rewarding it is being Aikido Sensei to guide others in discovering that they are greater than they know.

Jacqui told me about her marriage and her ex-husband. She said, “He cheated on me twice.” She quietly looked down at her hands when she told me so. I got that broke her heart profoundly. I also got that she felt safe enough to tell me that. Well, we talked about other lighter fare as well. What a wonderful dinner.

I walked Jacqui to her car – it was late at night. She drove me back to my car. She was very kind. Before I left she said, “I want to give you a hug.” We hugged. I did not see Jacqui after that night.

Honestly, I would have loved to see Jacqui, again. Although I wasn’t what she wanted, I got her heart, her kindness. I got that she was a good woman. I hope that she’s doing her mission work abroad or that she fell madly and deeply in love with the right man.

Facebook13Tweet2Pin2Email2Shares19
wpDiscuz
0
0
Would love your thoughts, please comment.x
()
x
| Reply
Share this ArticleLike this article? Email it to a friend!
Email sent!