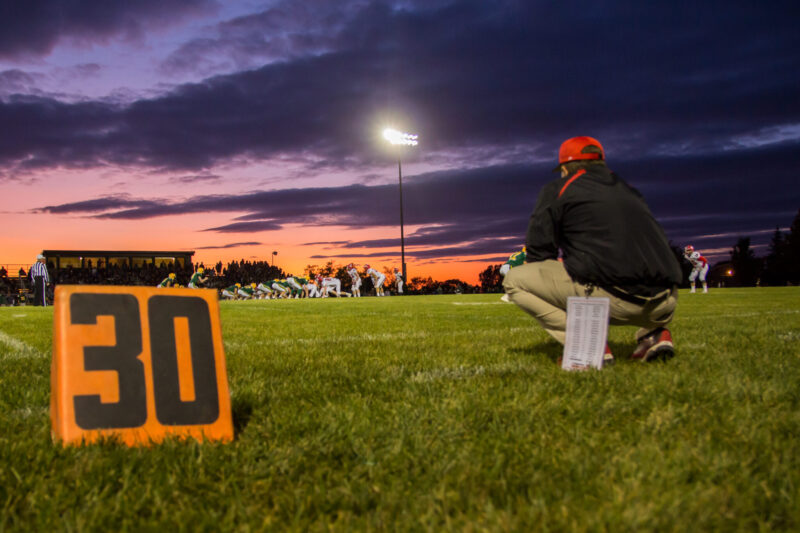 Dear Athletic Support: I’ve always wondered how much pressure is applied to coaches based on wins or losses at the high school level. It certainly seems like some coaches are allowed multiple struggling seasons while others are asked to leave (to put it gently) rather quickly. As much as I’d like to believe that a team’s record comes secondary to more important measures like character building, team GPAs, player safety, and simply being a “players’ coach”, I can’t help but feel like that kind of thinking is in the past. The concept of winning at all costs (right or wrong) is not uncommon at the college and professional level, especially when large sums of money are involved. However, it seems like putting the fate of someone’s career in the hands of kids who can’t even vote yet is unfair to both the players and the coach. I get that no coach is going to like reading about his team’s loss in Saturday’s paper, but did little Johnny’s fumble on 4th and 1 really just cost a coach his livelihood? OK, that might be a little exaggerated but I’d love to know your thoughts on how this kind of pressure impacts a high school coach.

Dear Hot In Here: I was a head football coach for two seasons. During that time, my team went 1-19. Despite my horrible record, I never remember feeling “the heat.”

However, I think the answer to your question varies for every coach and every team. In my case, I was young. I inherited a struggling team. And for those two reasons alone, (most) people were willing to give me a little extra time before they broke out the pitchforks.

My guess is that perennial powerhouses would give a coach less time to get his program on track. Another thing to consider is that “winning” is relative.

For some schools, a .500 season would be groundbreaking. For others, it could mark the end of a coach’s career. Every community has different expectations, and whether a coach likes it or not, that’s the bar upon by he will be measured.

Of course things like GPA, character building, and service projects matter. Believe it or not, some administrators know (or care) very little about football. Sometimes these people are in leadership positions, and if they believe a coach is doing a good job based on his off-the-field merits, they’ll go to bat for him when the pitchforks come out.

In the end, a coach has to find a way to win. That’s just the way the cookie crumbles these days. Even if a coach is doing every other thing right, even if his players are the most well-mannered, best-behaved boys in the school — he’s still got to win or his days are numbered.

Problem is, a coach who’s really winning (I’m talking undefeated seasons, state championships) can basically get away with anything, and nobody will be calling for his job…

… until he starts to lose.