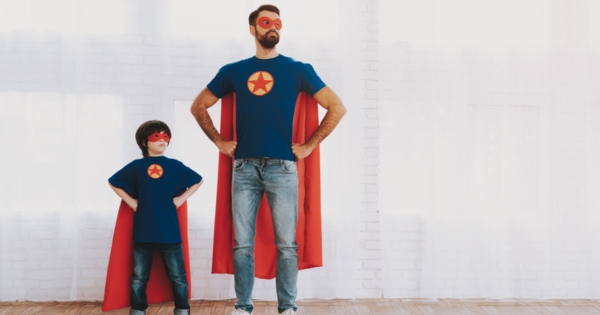 —
In the immortal words of the great philosopher, Tina Turner, “We don’t need another hero”. 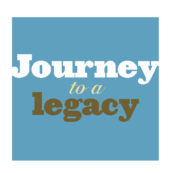 I admit it, I really don’t want to be my children’s hero.

In fact, I don’t want to be anyone’s hero.

Those days for me are gone.

There was a time when I wanted to be a hero. I wanted to be looked up to and to feel the admiration of others knowing that it was through my sacrificial deeds, and character that placed me on a pedestal when compared to others.

Then I realized, trying to be a hero is a one-way ticket to obscurity.

Some will read this article and think, “This father doesn’t want to be his children’s hero, what’s wrong with this man?”

According to Webster’s Dictionary (Hey, I’m old school), the first definition of a hero is: Myth, legend of a man with great strength and courage, favored by the gods and in part descended from them, often regarded as a half-god and worshiped after his death.

The second definition is: any person admired for courage, nobility, or exploits.

And the third definition: any person admired for qualities or achievements and regarded as an ideal or model.

The truth is, I’m broken. My humanity is broken because inherently I wasn’t meant to be anyone’s hero.

What I mean by that is – I’m flawed. I’m the epitome of what a hero isn’t.

I’m short tempered. I’m impatient. I judge too quickly. I speak before I think. I’m frugal.

I’m brutally honest. I see things in black and white.

I stand up when I should sit down. I say and do things just to get a rise out of people.

Humanity’s idea of a hero is mythical, untouchable, mysterious, grand and aloof.

That’s why there’s a saying that you should never meet your hero.

Doing so is often a let-down.

But if I’m not going to be my kid’s hero, then what should I be?

I asked my wife the other day, why is it that moms rarely, if ever, say that they want to be their kid’s “hero”. Her response was very insightful.

“Because we prefer to be influential in our kid’s lives. Being a hero seems like someone who is more focused on themselves rather than others. An influencer is focused on the person’s well-being and guiding them to live better lives.”

Being an “influencer” in my kid’s lives sounds much better than being their “hero”.

Yet, many fathers yearn to be that person who their children look up to, someone who they can rely on and see as their protector or “savior” in a sense.

Maybe it’s because growing up, we saw those mythological superheroes, who would seek justice and use their powers for good to fight against evil. They had something we didn’t.

And they used both to help the least of these.

As men, most of us yearn to do the same. To save the day, to rescue the damsel in distress or be the protector of those who are weaker; in this case our children.

Yet, our greatest power, is, as my wife said, our ability to influence our children, for good or bad. When you really think about it though, as fathers we can play the role of both hero and the villain.

I know I have.

The truth is, my kids know my “secret identity” because they know the “real” me. As much as I’d like to, I can’t hide my faults from them. They tell me all the time about my faults.

They see me struggling at times. They see me make mistakes and then own up to them. They see the good, the bad and yes, the ugly parts of me. It’s really humbling to know that my kids know all the areas of weakness.

Growing up in a single parent household, I didn’t really get to see my father’s flaws. When you’re not constantly around someone, it’s easy to idolize them for who you imagine them to be. My kids are learning that if I’m a hero, then my cape and tights have some tears and stains on them.

Therefore, if I had to choose a hero for my children to admire and idolize, it would be the One in whose life was marked by the symbol of a cross and whose life has influenced billions of people around the world over the last 2,000 years. He’s the ultimate hero.

His name is Jesus.

This hero has and continues to make an impact in my life, and I hope He influences my children’s lives as well. For me, to resemble the Founder of my faith is more important than being perceived as a “hero”.

At the end of my days, do I think my children will say that I was their “hero”?

What do I hope they’ll say about me?

That I was authentic and even though I had my faults, I was true to my faith and that I influenced them enough to look up as opposed to looking at me. Ultimately, I’ll leave the hero business to the One who can handle it, because try as I might, it sure isn’t me.

Zachery Román is a writer who musings on fatherhood in the context of strength, honor and courage through faith can be found at The Good Men Project.