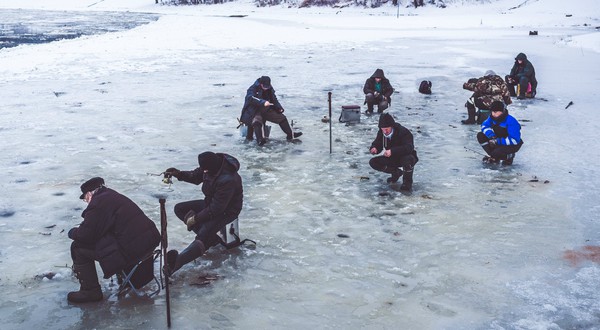 —
LONDON, 25 January, 2019 − Austrian researchers have made it simpler to identify climate refugees, claiming to have established a direct causal link between climate change, conflict and the numbers of migrants.

They are not the first to confirm that there is a statistical association between the likelihood of drought, or heat extremes, and violence. Evidence of cause for any civil or international conflict is always complex and often disputed.

But researchers now say that mathematical techniques provide an indirect connection between formally-established drought conditions and recorded levels of applications for asylum.

“In a context of poor governance and a medium level of democracy, severe climate conditions can create conflict over scarce resources”

The link is conflict, of the kind observed in Tunisia, Libya, Yemen and Syria.

“Climate change will not cause conflict and subsequent asylum-seeking flows everywhere,” said Jesus Crespona Cuaresma of the International Institute for Applied Systems Analysis.

“But in a context of poor governance and a medium level of democracy, severe climate conditions can create conflict over scarce resources.”

He and colleagues report in the journal Global Environmental Change that they looked at data from the UN High Commissioner for Refugees of asylum applications from 157 countries between 2006 and 2015.

They then matched the patterns of asylum bids against conditions in their parent countries, using a measure that scientists call the Standardised Precipitation-Evapotranspiration Index, which provides a guide to the gap between rainfall and heat and drought.

They next assembled a tally measure of battle-related deaths collected by the Uppsala Conflict Data Programme in Sweden. Then they modelled other factors, such as the distance between the countries of origin and destination, the sizes of populations, the migrant networks, the political status of the drought-stressed countries and the known divisions into ethnic and religious groups.

And they found that – in specific circumstances – climatic conditions do lead to increased migration as a consequence of conflict exacerbated by the more severe droughts.

All conclusions about human behaviour at the political level are difficult to establish. Archaeologists and climate scientists have repeatedly linked the collapse of ancient civilisations to climate change but in most such cases the evidence is circumstantial, and incomplete.

But there is often little or no direct testimony from the faraway past, and no surviving voice to offer a challenge. The connection between climate conditions and human response is less certain in a disputed world.

Some have found an association between drought and the conflict in Syria, but others have disputed the conclusion. Researchers have warned that future climate change could create large numbers of migrants and climate refugees and that both issues are urgent.

But it remains more difficult to establish that climate is the only or even the most pressing factor in any individual case.

So the IIASA finding is a cautious one, backed, the scientists say, by statistical rigour. This identifies climate change, and migration flow, and finds conflict as the causal mediator which links the two, most obviously in the events in the Middle East and North Africa since 2006.

“Our results suggest that climatic conditions, by affecting drought severity and the likelihood of armed conflict, play a statistically significant role as an explanatory factor for asylum-seeking exclusively for countries that were affected by the Arab Spring,” they write. − Climate News Network

—
This post was previously published on www.climatenewsnetwork.net and is republished here under a Creative Commons license CC BY-ND 4.0.
—
—