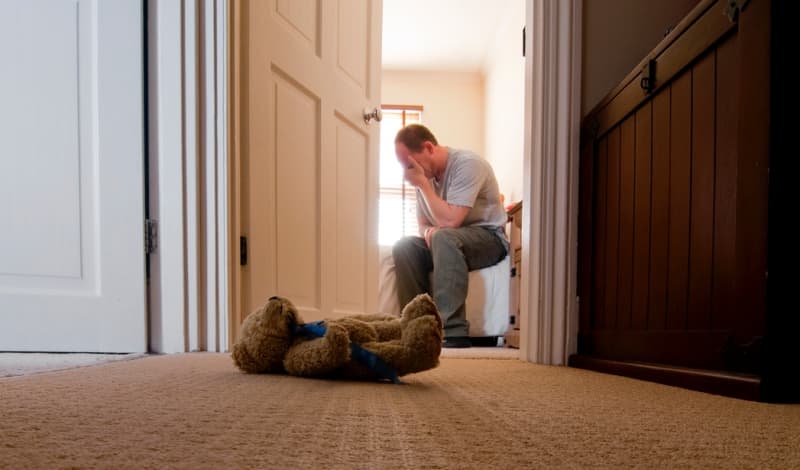 I remember the stand up comic Greg Davies once saying: “People are weird. We drive our most precious cargo, our family, the thing we love most in the world, and every one of us images crashing that car and killing everyone in it.”

I, like most of the audience, laughed. A lot.

Stand up comics share something with other arts forms that isn’t immediately obvious — they help us access hidden parts of ourselves. And the modern trend of comedy is accessing the darkest parts of our personality. 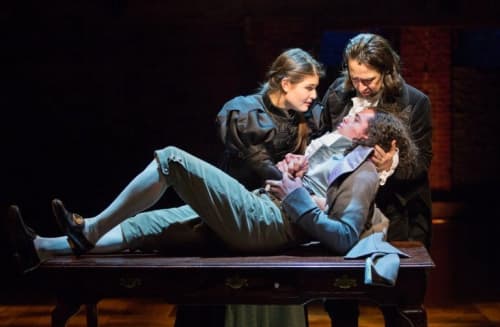 The death of his son Philip from the musical ‘Hamilton’.

As a father of adopted children my mind often wanders to the idea of being rejected and my girls rushing back into the arms of their birth parents. This is made slightly more real by the fact they remember them, just. But the trick with this kind of fantasy is to see it for what it is — 10% genuine fear and 90% preparing for loss. It’s the same reason why every time I see a news real or documentary where a father loses their child and laments how unnatural it is for death to strike in that order, I imagine I’m that man. Of course I can’t really imagine it — the song that a companies that same brand of tragedy in the musical Hamilton (‘It’s Quiet Uptown’) uses the word ‘unimaginable’ three times.

When I first had these idle thoughts I considered them as some sort of betrayal. Like I was inviting death. But I’m a great believer in confronting fears and using them to understand yourself better.

Why are they your fears?

Why do they make you feel that way?

What aren’t you acknowledging in yourself?

Failure to do so, creates a shadow. Shadows in general are natural and a product of healthy defence mechanisms. But immense amounts of unacknowledged fears create a person who is constantly running. A dysfunction that others can see, even if they can’t name it, and at its worst can ruin lives. The ‘toughest’ guy can be decidedly uncomfortable his own skin and take it out on other aggressively if they unintentionally touch a sore point.

These feelings are important. Without acknowledging theme the shadow will most likely manifest as being too controlling, or too protective, of our children. Behaviour we know can push people, including our children, further away.

I have learnt, compassionately holding these feelings, that as a man I feel a duty to hold a family together. To always be the source of wisdom, security and comfort. I’m at least a little bit afraid that when my children aren’t there I will lose myself.

But more profound, is the fear of something beautiful being destroyed. Something I (modestly) have helped to create but will never be mine. Beautiful things are destroyed all the time but a tiny part of my mind lives in denial this is ever possible for my children. My beautiful girls. That’s how I transform my life, and presumably how cavemen gave up precious resources, to something that will outlive them. Their legacy.

That must drive our behaviour a day-to-day, as we make sacrifices to give more generously (but not my chips) than our lives before children could have predicted. But sometimes we need to imagine the void that would come with their loss. Not to do so means not to confront and address these fears. And should the unimaginable happen it would mean not having the faintest of flimsy defences against the tidal wave of emotion we would surely experience.

In loving our children and fearing their death we have the power of love, genetic imperative (even if they don’t carry your genes) and fear of existential elimination — all powerfully combined. It is in many ways a tangible representation of the greatest fears anyone can have.

Allow yourself this fear.

As always the complexities of these feelings are best expressed through poetry. So I leave you with a poem about the loss of a son.

Farewell, thou child of my right hand, and joy;
My sin was too much hope of thee, lov’d boy.
Seven years tho’ wert lent to me, and I thee pay,
Exacted by thy fate, on the just day.
O, could I lose all father now! For why
Will man lament the state he should envy?
To have so soon ‘scap’d world’s and flesh’s rage,
And if no other misery, yet age?
Rest in soft peace, and, ask’d, say, “Here doth lie
Ben Jonson his best piece of poetry.”
For whose sake henceforth all his vows be such,
As what he loves may never like too much

I found this poem in the book “Poems that Make Grown Men Cry” edited by Anthony and Ben Holden. I took the title of the book as a personal challenge to my masculinity. I lost.

I write about leadership, wisdom and the new world of work