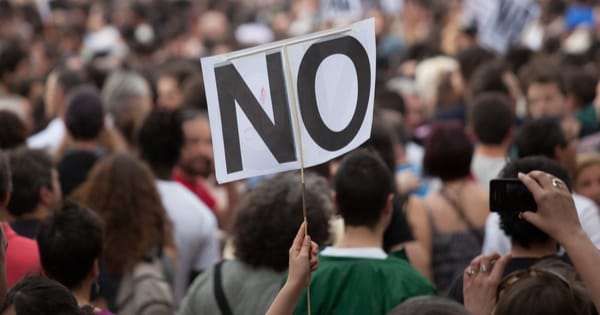 Indictments reach new highs and I sink to a record depth. My real problem is the amount of joy the current turmoil in the federal Government brings me. Every day brings more childish bickering, innuendo, name-calling and oafish behavior. The worse it gets the more I love it. Impeachment brings attention, any publicity is good publicity, right?

I was born in 1959, raised in the sixties and the early seventies. The war for Vietnam was fought across our television screen. Battles raged from the jungles of Southeast Asia to the streets and campuses of North America, students were shot in Ohio, arrests were made and the Pentagon itself was besieged. A roiling rolling mess of anguish and anger. The Watergate Scandal followed fast and soon the country was consumed with burglars, break-ins and 18 and ½ missing minutes of audiotape.

Even though I was young the lesson was obvious, the government was not to be trusted.

There was the Iran/Contra scandal, Clinton and his troubles, George Bush and the fictional weapons of mass destruction leading to the endless war on terrorism. All the controversy with the electoral college. And these are just the greatest hits.

Detroit collapsed under the weight of automotive arrogance. And the government-held meetings, congressional committees grilled auto executives and then handed over piles of cash. And the industry was saved. Plants closed, people lost their jobs, other people forfeited their retirement and their health insurance. Benefits they had been promised. Sorry, but we just can’t afford it, we have to think about the shareholders.

When the “bubble burst” on the housing market congress “rent their garments,” held inquiries, grilled executives, bailed out almost all the banks, left the poor people to fend for themselves. They weren’t even kind enough to provide a shovel to dig themselves out from under the weight of the economic collapse. It’s always funny how the detritus of collapsing economic illusions always end up on poor people. It was hard on everyone, right?

Of course, the economic collapse was hard on governments, too. Costs had to be cut. What better way to find a few dollars and appease an angry electorate than to start pointing fingers at civil servants? Nobody is getting rich working at the Bureau of Motor Vehicles.

But, for a time, teachers, clerks, and a whole cast of supporting characters became the focus of the vitriol of elected officials across the Midwest. It was widely speculated that things would be so much better if the states would ignore the contracts they had written, the agreements they had reached, in good faith. Promises are made to be broken, right? People campaigned on the promise of bringing unions to their knees. It wasn’t tax abatements for major corporations, or laws written to help fat cats hide their profits it was the middle class servants of the master taking more than their share. “Can I have some more, sir?” A case where campaign propaganda became the excuse for reneging on agreements made in good faith.

When the water supply to Flint MI was poisoned people rushed to find a scapegoat. You always need a scapegoat. But, nobody ever really found a solution. People are still suffering, the television crews are gone, the moral outrage subsided and the government is handing out filters, to “further reduce the amount of lead” in the water. But, fixing it would be expensive, and they probably didn’t vote for the governor anyway. So they can wait.

And don’t even get me started on campaigns. How am I, as an informed, conscientious voter supposed to trust anybody who acts so mean? Or, anybody who has so many terrible things that can be said about them. If that sort of mudslinging happened in the human resource office while people were applying for a janitorial position none of them would get the job. Why do we allow the people who are supposed to lead us to act so shamelessly?

Winding through the shameful movie is a single thread. A cosmic agreement between the wealthy and the powerful. The Lord may help those who help themselves, but our elected representatives help those who donate to political campaigns. And people give.

The amount of money spent on campaigns has exceeded any possibility of expected returns. They have become the new televangelist asking for donations. “Please send us your five dollars, the world needs your five dollars, so send five dollars now.” But, the implication is for your five dollars they won’t have to base themselves, sell their soul to the giant corporations and write laws and tax codes to favor their electoral benefactors. Five dollars can go a long way.

And now we have come to the big daddy of them all. The greatest show on Earth, Donald Trump and his presidency. If you ever had any faith in democracy this should have ruined it for you. And I never had any so this is proof that all those years I was right, I almost hate being right. People can’t handle the power of being in power.

I have to ration my free articles on The New York Times, The Washington Post, Bloomberg, Foreign Policy, because there is nothing worse than clicking on the headline “Trump Bungles Policy Toward Iran,’ and watching the little box pop up covering the text, “Sorry, you have reached your free limit this month, you can subscribe for the low price of $x.xx.” Damnit.

Government has finally reached its ultimate evolution. Televised, humiliating spectacle. It could be an accident on the freeway, I can’t look away. It is the cavity in the molar you can’t ignore, your tongue keeps going back to the rot, decay.

And, I can’t help myself, I am thrilled. Certainly, this is worse than even I would have ever predicted. The president is excluding members of the press based on the publication. He boasted, loud, proud, and with awful grammar about how the Mueller investigation had completely exonerated him, then used executive privilege to keep it secret.

He talks constantly about the bitter partisanship framing the impeachment process but he won’t allow the people with information to clear his name testify. It has become a daytime soap opera, or an ongoing feud between professional “wrestlers.” Except it is not so well scripted.

In 2016 Trump threatened to challenge the validity of the election if he lost. A direct challenge to democracy. In fact, he won the election and still questioned its validity. What drives a person to claim the election he won was illegitimate? He has already started the same chant for the 2020 election. It has become a mantra. “Nobody loves me, I am the chosen one.”

Maybe this is what democracy needed. How representative is the government if less than 60% of the eligible voters participated? Is it really government by the people? Maybe we have reached “paddles in the back of the ambulance,” stage of our illness. Can we bounce back? I don’t know. But, the show must go on.

And it is getting good, make some popcorn, grab a drink and have a seat.