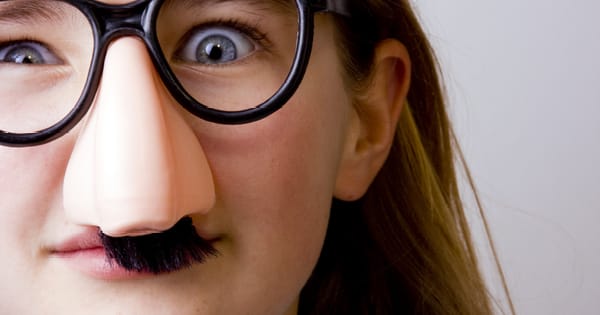 My HR dream interview:  What have you done in 7 years besides making sure your 3 kids don’t die?

I got my doctorate in pharmacology.

HR:  From what school?

Reality is though, I exist mostly thanks to the generosity of others because my punchlines haven’t paid enough dividends yet.

“Stay at Home Comedian Dads” like myself are sheltered bums. Until we’re able to capitalize off our comedy genius already so we can start giving back with generous, unjaded hearts to those who stuck with us, begrudgingly or not. The operative phrase here is “stuck with”; not unyielding, true believers.

Only my 3 children have earned such precious distinction along with: Neil the Deal, class personified VP of UX Design of Home Depot, Paul Stonik and my former ad copywriting teacher at Media Bistro, Ann Taylor. God bless them all long time.

Once, I was in the main reading room at the New York Public Library working on a blog, Anthony Bourdain Rips My Frozen Lunch Apart. Pretty sure I had been fired again at this point because I recall thinking to myself: You’ve got nothing better to do. Back then, I was living in Astoria, Queens. It’s impossible to feel cool living in Queens, even if you have a decked-out rooftop overlooking the starlit Manhattan skyline; it taunts your broke ass from afar like an immovable feast of out of reach splendor.

Nowadays, you’ll hear Queens is so “hot” right now. No, it’s not, never was, never will be. Compared to Manhattan and Brooklyn, Queens is the sloppy thirds Kardashian sister.

Plenty of my role models hail from Queens like Dee Snider, From Twister Sister, Gene Simmons and Paul Stanly from Kiss, Doug Ellen, creator of Entourage, the bald guy from Anthrax; even Donald Trump is from Queens. Where you come from always plays a huge influence on you become determined on not becoming, especially when you grow up in Queens. At some point, all of the names mentioned above decided mediocre wasn’t enough for them. All of these men decided they wanted to be big time and worked their asses off to get there.

Groucho Marx who raised his family in Riverdale in the Bronx at one point says in his autobiography: when you do comedy, you have to feel you’re better than the people you are making laugh for a living. I’m paraphrasing Groucho here, but my takeaway here has always been that if you don’t believe in your brand of specialness, nobody else will.

I was born in Forest Hills Queens and lived there for 3 years before my parents moved to the more snuggle soft confines of Westchester Country, a well off, upper-middle-class suburb, 30 minutes North of Manhattan, or “the big city” as my children love to call it. My 1st born Matilda “Singing Rose” Kornbluth, spent her 2nd night on earth in our old 1-bedroom apartment in Astoria, NY. I’d been fired from my new biz development job 1 month before my wedding. Timing hasn’t always been my forte.

On the bright side, I ended up repurposing the Anthony Bourdain Rips My Frozen Lunch Apart blog into a piece of food fiction and got it published in “Fire and Knives” which won best food magazine in England in 2012. I need to some new recent wins to boast about, I know.

All acknowledgments of my good, solid, occasionally hilarious forms of writing still haven’t materialized into any sort of steady, residual form of loot sack for me and my family yet. Getting paid for VH1 Classic for a writing a gazillion music video intro hosts reads for WWE great, Chris Jericho in 4 days flat, to perform with excitable boy gusto was a heavy metal high I’ll cherish forever. I blew almost half of my check on a Falconable leather bomber jacket. (Wife almost divorced me over this extravagant purchase).

But for the 1st time in my life, I felt like I earned my keep. From sticking to my guns and worked my ass off to get paid after all those years, being another schmuck in a headset, doing new biz development, cold calling my brains out. It was hard to feel I was being paid for anything more than being just another disposable, hunk of cold calling, monkey meat, nothing more nothing less, a glamorized indentured servant at best.

Wyatt Earp, said it best, “no man ever became rich as a salary man.” So, I’ve thrown myself into finishing my parenting memoir book, “Stay At Home Comedian” because most comedian autobiographies suck because either A) They save their best material for their stand-up act. I don’t have this luxury being a stay at home father of 3 with a wife who works nights with no grandparents in sight.  Also, B) Stand Up Comedians aren’t very good at writing narrative, engaging, super smart, laugh out loud generating prose.

As George Lopez said, most comedians would’ve jumped at the shot to do a residency in Vegas back when Rodney Dangerfield was offered it. Instead, Rodney chose to buy Dangerfield’s in Manhattan as his own personal work standup comedy space so he could be closer to home with his family. I saw a doc on Babe Ruth on HBO. He was raised in an orphanage. One of the reasons they say he was so good with kids was because he knew what it felt like to feel abandoned. What comedian or aspiring writer/comedian can’t relate to this sentiment in terms of their unrelenting desire to earn love from strangers for a living? And if they become parents, becoming hellbent on making sure their kids never feel like they’re taken for granted.

Yesterday, I contemplated a different chapter blog title called, Q&A Parenting Style. I said to my daughter, Matilda start asking me questions, whatever you want.

I point to my lower midsection and say with empathetic silliness: These nuts.

Daughter replies: You eat your own nuts?

And, she starts laughing out loud on the spot Shockwaves of infinite, tingly delight pierced me whole. It was a beautiful, hilarious, father, daughter moment. Which doesn’t translate into dollars and cents. At least not yet.

But at that moment, I didn’t feel like downward deplorable but a comedy, shooting star on the rise because my genius comedy star daughter stems from daddy long leg’s tree trunk. And great comedic minds think alike.
—

Originally Published on Do It All Dad