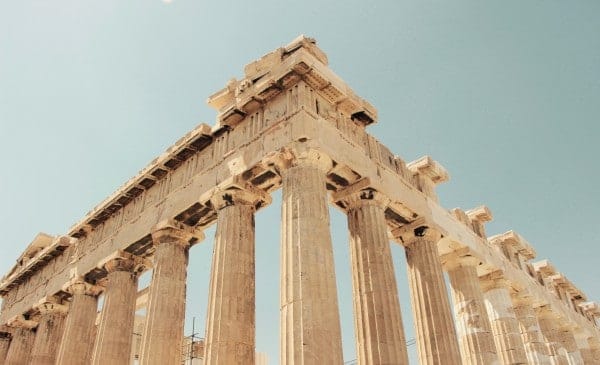 In the year 108 AD, a man named Epictetus informally taught how to live a good life. Among many other things, Epictetus covered the topic of habits.

Lucky for us, one of his students took notes while listening to his lectures — and captured some of Epictetus’s surprisingly accurate predictions about how we make and break habits. As translated in Ryan Holiday’s The Daily Stoic:

Today, almost 2,000 years later, science calls this neuroplasticity. It’s your brain’s ability to physically alter itself throughout your entire life. But it takes repeated, affirmative action to do so.

Let’s say you want to be a runner. Each time you run, a material called myelin forms around the neural connections associated with running in your brain. Myelin protects these connections and makes it easier for signals to travel along them faster. Think of it as the bumpers on a bowling alley — they make it more likely the ball hits its goal.

This process is cumulative, so with every additional run you complete, the layer of myelin gets thicker and thicker — and the connections faster and faster. Together, all of this makes it easier for your brain to process another run — and that’s why every action leads to more action in the same direction.

Epictetus was also right about breaking bad habits. In The Power of Habit, Charles Duhigg explains that a habitual pattern has three parts: the cue, the routine, and the reward. Letting go of a bad one means identifying the correct cue and then swapping the routine for something that leads to a similar reward. Duhigg describes the case of Mandy, who bit her nails:

Often, we don’t really understand the cravings driving our behaviors until we look for them. Mandy never realized that a craving for physical stimulation was causing her nail biting, but once she dissected the habit, it became easy to find a new routine that provided the same reward.

Once Mandy focused on grabbing something when she felt that first tingle in her fingers, and then satisfy the craving another way, for example by rubbing her arm or tapping her knuckles on her desk, her nail-biting habit was gone.

But wait, there’s more! Epictetus also made some very educated guesses as to how long it takes to form a new habit:

If you don’t wish to be a hot-head, don’t feed your habit. Try as a first step to remain calm and count the days you haven’t been angry. I used to be angry every day, now every other day, then every third or fourth . . . if you make it as far as 30 days, thank God! For habit is first weakened and then obliterated. When you can say ‘I didn’t lose my temper today, or the next day, or for three or four months, but kept my cool under provocation,’ you will know you are in better health.

Once again, science now confirms this in retrospect. And while Epictetus’s 30-day prediction is perfectly in line with Mandy’s experience, the number of reported days continues to fluctuate from 21 to 66 on average to 254 in extreme cases. The message, however, stands: habits take weeks and months to create or eliminate, not just a few days. After all, myelin needs time to form.

I think all this is rather fascinating. 2,000 years of advancement, technology, civilization, and progress — and in the end, we confirm what dedicated thinkers knew all along. They may have used logic, reason, and common sense instead of studies, experiments, and measurements, but their words still issue a great reminder to us all:

We know it is. We just like to hide behind complexity. It’s a welcome excuse in a world that refuses to play by our rules. But, when it comes to our habits — the behaviors that make or break our happiness — let’s not overcomplicate things. Like Epictetus all these years ago, we know what to do.

Today, let’s step up and do it.

Facebook8Tweet3PinEmailShares11
wpDiscuz
Share this ArticleLike this article? Email it to a friend!
Email sent!