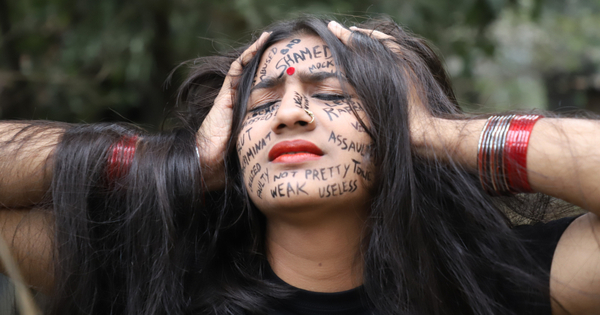 It was a special kind of cruelty that Women’s History month was spent mourning the lives of women who died at the hands of men. What I mean by that, is that what should have been a celebration of the accomplishments of 50% of our globe’s raddest and baddest, a testimony to how far women have come, became a 31-day long eulogy; an obituary honouring the lives lost due to the violence of men and a perpetual focus on how far we still have to go.

In Quebec, 5 women died at the hands of a man who “loved” them within less than 30 days. The Premier opened a COVID19 press conference pleading with his male residents to stop “acting like barbarians.” The media’s calculated cycle of praising, over-exposing, then slandering women who dare to speak in public as a means to silence them became evident through the words of Meghan Markle. “It was all happening just because I was breathing” was met with “I don’t believe you.”

I wish I could change the world’s rhetoric to one that understands that when we silence women, we discourage them from participating in every avenue of public life, and the voices we most need to broaden our conversations are the ones being intentionally forced out. I wish I could expand the traditional definition of “harassment” from one person continually bothering another over a period of time, to include many people bothering someone all at once in an online environment, as the harm is still the same. I wish I could wrap everyone who’s ever heard “I don’t believe you” during a mental health problem in my arms and state the truth: “you are so brave.”

Sarah Everard was abducted and killed by a man whose only job was to serve and protect her. I’ve thought about Sarah every day not because I know her, but because I miss her. I don’t need to know her to miss her. I don’t need to know her to look upwards and say “there isn’t a thing you could have done to prevent this, not through what you wore, what time you walked at or what you drank. There is no right way to avoid having violence inflicted upon you because the responsibility to not hurt someone lies solely on those who decide to hurt someone.”

The perpetrator of the Toronto van attack targeting women was convicted on every charge brought toward him this month. It is not lost on me that these convictions are only a microscopic piece in the victim’s family’s healing. My Dad was almost killed by the man who chose to drive a van down Younge Street’s sidewalks and gave CPR to a 22-year-old woman who died in his arms. It was a harrowing realization for a father of 3 daughters that misogyny could become a death sentence; one man’s decision to commit a hate crime affected the lives of so many families forever.

March 13th marked the anniversary of Breonna Taylor’s murder and reminded us that after 365 days there is still no justice for a black woman killed by police while sleeping in her bed. I will forever Say Her Name. The targeted shootings in Georgia were a heartbreaking product of racism, sexism, and what happens when men are taught to control racialized women as opposed to controlling themselves.

This might be the Shadow Pandemic but male violence towards women and gender-diverse people was endemic long before now. So, where do we go from here? Well first off, I don’t have all the answers. But what I do know is that women’s, ALL women’s, lives are valuable and worthy of being lived and while women know this, March of 2021 is evidence that all men do not.

I cherish the men in my life. I am cognizant that the script that accompanies being a man is rigid, inflexible and unruly to those who dare to live life outside it. My heart hurts for men who cannot speak about their feelings because it has been ingrained in them since birth that emotions equal female and female equals weak. I wish I could change the equation to emotions equal human and allowing yourself to feel them, as women so often do, equals unparalleled amounts of strength. I wish I could flip the script that says, “you must have all the answers, you must be able to fix everything, and you must be in complete control” as I cannot imagine an expectation more unfair, unattainable or unhuman.

I wish I could reverse the fictitious narrative that asking for help makes one “less” of a man so that we could save the lives of the 4000 men who die by suicide each year in this country. We miss them and we mourn them. Women have been supporting and cheering men on in this shift from idealized masculinity to a healthy masculinity for some time. While it takes bravery and courage to look within oneself and ask the uncomfortable questions “how do I benefit from the privileges of being a man? how do I perpetuate inequalities for women?” men must also ask themselves: “is this script I have been given serving me?” Because it likely is not and it certainly is not serving women.

When you see a problem and take the stance “that’s just the way it is” it is the equivalent to both accepting and condoning that problem. I recently said that I don’t know how to make men care enough about themselves to reflect upon their own lives; to evaluate and identify what prescribed ideals of manhood are harming them, letting these go, and embracing the ideals that bring them peace. Men are so worthy of peace. After this month, I realize the better question might be: why do men think a life lived without self-reflection is not unhealthy?

It is okay to realize you were sold a promise that stoicism being the epitome of manhood was a transaction of the wrong bill of goods; it does not result in happiness, and it is okay to exchange it for something better. It is okay to ask for a refund with the currency being the experience of a wider range of emotions and behaviours beyond what society deems “acceptable” for a man. And when fellow men try to confine you by insisting you go back inside the box of manhood you are simply too unique, too human for? You will understand these men are at a different point in their journey, they are still following the script.

Your vulnerability will teach these men that emotions have no gender. Your authenticity will give them permission to be their truest selves. You will demonstrate that by pausing to analyze the script thrust upon you the minute the doctor yelled “it’s a boy!” you discovered its biggest lie: that by being unfeeling you would somehow feel content, secure and free. And when these men begin to let go of that which does not serve them? They will stop hurting themselves and they will stop hurting women.

The theme of this year’s Women’s Month encouraged us to “choose to challenge.” I hope men choose to challenge the idea that looking within oneself is a sign of weakness and replace it with the truth that there is no process more brave, noble or decent. I hope men realize that their voices hold more power than women’s in these conversations and so by choosing to challenge misogyny, they will save a life. I hope men become the allies we need by choosing to challenge other men, even when they are the only one, even when their voices shake, so the phrase “look how far we have to go” becomes redundant and “look how far we’ve come” is the only statement that follows Women’s History Month. <3

Nikki Foresto is from Toronto, Ontario and is passionate about mindful masculinity, gender equity, and healthy relationships. She is an educator who believes in self-reflection, introspection, and community amongst men as a means to break down gender-based violence, and create a world in which all genders are equal. She loves the outdoors and walking her Newfoundland dog Moose. 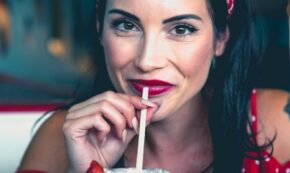 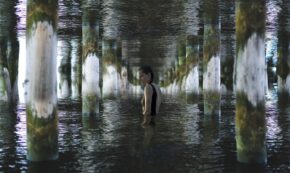 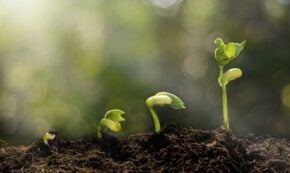 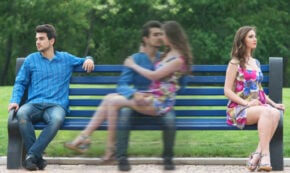 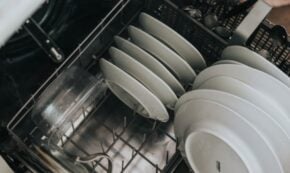