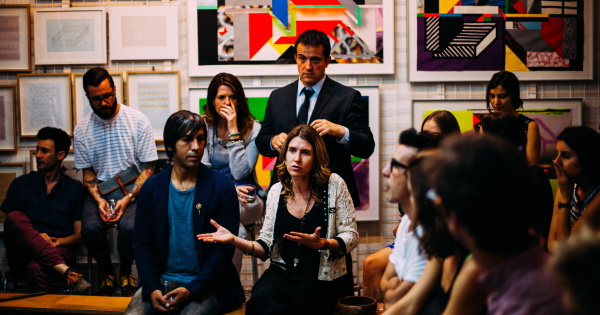 We want to build spaces where everyone feels comfortable. We don’t like hostility. I believe many of us live in a shy box, fearing rejection if we say something unpopular, and so we want to have a space where we can express ourselves without fear.

I’ve come to a place, though, where my first question when hearing that “this is a safe space,” is: Safe for whom?

There’s simply no such thing as a space that’s safe for everyone. For starters, there are two ways a space could be “safe”:

Those superficially seem like compatible goals, but in practice, they’re consistently at odds.

In anti-racism discussions, for instance, many black people are understandably impatient after centuries now of promises from white people. When Martin Luther King expressed his impatience in 1963’s “I Have a Dream” speech, it had been nearly a century since the end of the Civil War. The Civil War was some nine decades after Thomas Jefferson had blithely and disingenuously declared that all men were created equal. And King’s speech itself is now over a half century old.

How much civility and patience are people expected to have? At some point, vehement anger becomes the most rational of expressions.

So it is reasonable that “I can express myself freely” will involve strong language and rhetoric. Diligence about “some white people” (instead of simply “white people”) or “it’s my belief that…” is out of place.

And then some white people feel attacked for who they are.

In my experience, most of the time that we mean “safe space,” we mean it in the second sense. People are not in fact free to express themselves freely; they must conform to a set of standards for civil discourse.

One such standard is called Giraffe Speech:

When done properly, Giraffe Speech encourages reflection and accountability, and leads to less hostile encounters. However, its emphasis on real-time awareness of the emotional impact of language on others gives a distinct advantage to people who are already feeling calm, while giving people who are emotionally upset something else to get anxious about.

It leads to a safe space for people who don’t want to feel attacked, but not for people who want to be able to express themselves freely: Indeed, it puts quite a few fetters on fully free expression.

Another problem with the idea of a safe space for everyone is related to Karl Popper’s Paradox of Tolerance. Popper argues that a fully tolerant society has to be tolerant of intolerance, which will then grow to the point that it stops tolerating tolerance. There have to be positions that we’re intolerant of.

As a high school teacher, I often see other teachers express the opinion that our classes should be safe for all students. While I agree that no student should feel unwelcome simply for who they are, I disagree with the notion that all students should feel free to express any opinion they happen to hold.

More specifically, I do not tolerate students openly expressing opinions that will hurt other students without my response. That means that I’ll respond to such positions and make it clear why they’re hurtful. I do make it clear that students have a right to hold whatever opinions they hold, but that’s not the same as having the right to express noxious opinions without rebuttal.

I admit that having a liberal position that honors diversity of thought seems to run counter to the idea of responding negatively to some thoughts. But I agree with Popper: We cannot have full tolerance. There must be some sorts of opinions that we do not allow to be expressed without challenge.

With some fellow educators, I recently created a Facebook group for white teachers committed to doing anti-racist work. When creating The Association for White Anti-Racist Educators, I did not want to create a safe space in the sense of having a place where white people could express themselves without fear of attack or reprisal. Precisely the opposite. I wanted a group where each of the white members would be challenged.

There seems to be an attitude in certain liberal quarters that we need to gently guide white people who are struggling with their racism. While I understand the intentions there, I also reiterate: There is no space that is safe for everyone. A space that is completely safe for white people to explore their racist biases through civil conversation is a space that is deeply dangerous for black people.

Unfortunately, even my group, where black and other non-white voices are given free rein while white members are reminded to control their own tone, is not fully safe for non-white voices. White liberals have had a long history of claiming to be trustworthy, only to turn their back when danger appears. I am far from perfect myself: I would not encourage a skeptical black person to trust me without question.

When we claim that we’re creating a safe space, we need to be clear: Safe for whom? Are we creating safety for people who truly need it, or are we going the path of least resistance? If we claim that our space is safe for everyone, then either it’s only truly safe for a handful of people, or it’s not safe for anyone.
—

—
Photo by Antenna on Unsplash

Facebook29TweetPin1EmailShares30
wpDiscuz
Share this ArticleLike this article? Email it to a friend!
Email sent!