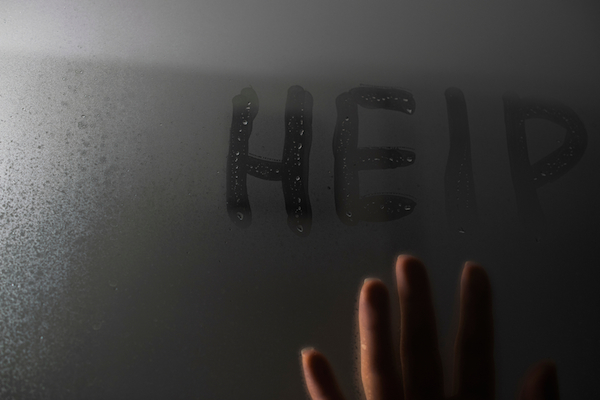 An abusive relationship is one in which another person purposely abuses another. It may be physical, emotional, sexual, verbal, psychological, or even economical. It may be a man or a woman in a relationship with a man or a woman. The gender does not matter, although men are more commonly the physical abusers while women are more apt to be emotionally or verbally abusive. Either way, it is important to know the signs of an abusive relationship so you can recognize it when it happens to someone you know. First of all, let’s go over the types of abuse.

Verbal abuse is fairly common, and we tend to ignore it because it does not seem like a big deal to many people. You may think that your friend’s partner calling them names, yelling at them in public, or humiliating them in front of you is just them letting off steam and it is not hurting anyone. But it is. This is verbal abuse and it hurts your friend as well as those who care about him or her.

Physical abuse is also common. In fact, it affects one in three women and one in four men in the United States. Are you seeing bruises or scratches on your friend or loved one often? Do they wear long sleeves when it is hot out? They may try to cover it up or say that they did it themselves. Do not let it slide. Talk to them, talk to others, get them some help.

Emotional abuse is the act of manipulating someone and even guilting them into doing something they do not want to do. You may notice that your friend is constantly calling themselves names or feeling bad about themselves. They often will not end the relationship because their partner makes them feel bad about it.

Sexual abuse is hard to recognize unless you live in the same house since it typically takes place at home in private, and usually does not leave any marks on the outside. But this includes any kind of unwelcome sexual touching or sexual acts that the person does not want. Including grabbing, kissing, and hugging someone who is pushing them away. If you notice your friend pushing their partner away when they try to touch them, that is a red flag.

Economical abuse is not as hard to figure out if your friend is constantly having to ask his or her partner for money. Maybe they work all the time and then have to give their check to their partner. You may also notice that even though your friend seems to be well-off, he or she is almost always broke. That may be because their partner won’t let them have any money of their own.

Psychological abuse is another form of abuse that is hard to see because it happens in private. Your friend’s partner may try to make them think that they are crazy by telling them it is all in their head. They will be overly nice to everyone in public so everyone else will not believe your friend if he or she tries to say anything. Never ignore a friend if they say they are being abused. Any kind of abuse is dangerous.

If you suspect that your friend may be a victim of some form of abuse, talk to him or her about it. Don’t be pushy or talk down about their partner. You may just alienate them and scare them away. It is best to talk about how they seem unhappy and that they may benefit from one of the online domestic violence support groups. You can explain to them that this is an easy process and that he or she does not have to make an appointment or go anywhere. It can be done online wherever you happen to be.

Are They Afraid to Leave?

Be Supportive but Not Pushy

You also need to be as supportive as possible no matter what they decide. If they are not ready to get help, no amount of pushing is going to change their mind. You will just end up pushing them away. However, make yourself available to your friend all the time, and let your friend know you are there for him or her. And that there is help out there. ReGain.us can help them online 24/7/365. No appointment is necessary.