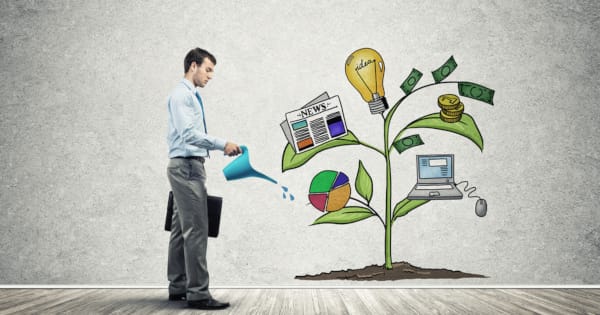 —
Americans are notorious for making lots of money and being incredibly poor managers of their abundant harvests. While flashy spenders and YOLO lovers may get all of the attention on Instagram, it’s the smart, fiscally-savvy men who end up on top.

How to Embrace Fiscal Responsibility

If your water heater suddenly gives out and the plumber says you need a new one, do you have enough money to purchase one? If your car has some mechanical issues and needs a major repair, could you foot the bill?

According to a recent Bankrate survey, 34 percent of American households experienced a major unexpected expense over the last year, yet just 39 percent of respondents were able to cover a $1,000 setback using cash savings. In other words, 3 out of 5 households are barely scraping by. In many cases, these are households that bring in $75,000 to $150,000 per year, so it’s not an income-earning issue for most Americans. Instead, it’s the direct byproduct of poor money management.

As a father, much of this responsibility falls on your shoulders. It’s time to say goodbye to the immature financial behaviors of the past. By embracing fiscal responsibility, you can set yourself up for stability and pave the way for future opportunities that are only afforded to families that are disciplined enough to save and invest.

Here are some practical steps you can take:

1. Create a Budget (And Live Within Your Means).

Let’s begin with budgeting – the glue that holds everything together. If you don’t have a budget, you have no way of telling your money where to go. On some months, things may work out. But in most cases, you’ll overspend and under-save.

Take the time to sit down and develop a budget. Pull up all of your accounts, bills, and statements. Get an idea of what you’re spending and put it down on paper. Then figure out exactly how much your monthly take-home pay is. Reconcile these numbers so that you’re spending less than you make and are living within your means.

After developing your budget, you’ll realize just how constricting debt is. Between car notes, credit card balances, and student loan payments, you can easily spend half of your paycheck on debt. By the time you throw in your rent/mortgage, most of your monthly income is gone.

The best thing you can do for your financial future is to pay off debt as quickly as you can. Without any debt payments, you’ll essentially give yourself a raise. You’ll rediscover thousands of dollars per year – money you can use to make smart decisions.

While credit card debt and car loans aren’t recommended, there are instances where good debt can help you improve your financial situation. But if you’re coming out of a situation in which you had lots of delinquent debts, you probably lack the credit score needed to obtain favorable loans.

Now’s the time to focus on building up your credit score. Using a credit card that’s specifically intended for people with bad credit is a good start. By using small amounts of credit and making payments on time and in full, you’ll gradually bring your score up and gain access to quality loan products.

There’s no excuse for not having enough money in the bank to cover an emergency. You should have a minimum of three months worth of expenses stashed away in a cash savings account. This gives you a financial cushion when life strikes, and you find yourself with a major expense.

Give Your Family a Brighter Future.

As you know by now, money is not the answer to all of your ailments. It’s not the secret to happiness and fulfillment. However, smart, fiscally responsible money management strategies will alleviate some of the burdens that come with living from paycheck to paycheck. Find a couple of opportunities for growth and seize them. This time next year, your entire financial outlook will be different.
—
This content is sponsored by Larry Alton.