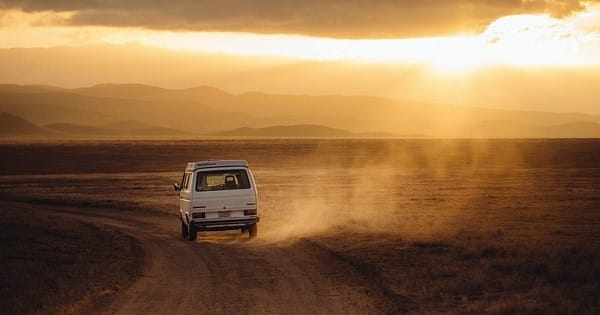 When one of my favorite humans sent an invitation to his destination wedding, I knew it would take some forethought to budget enough for my family of nine to make it down the east coast from Boston, MA to Savannah, GA.

In this case, I planned over a year in advance, and almost still didn’t make it. A series of catastrophes happened, each more daunting than the last, and it was only with strict planning that we managed the trip. In December (with the wedding in February) my mother fell and shattered her femur, making the long road trip I’d carefully plotted null and void. My car broke down not once, not twice, but three times unexpectedly. But airfare for nine was out of the question, especially during February vacation, and we couldn’t drive two cars down and worry about whether or not my mother would be able to find a wheelchair-accessible bathroom.

Over the years, I’ve become a budget-conscious flyer, so I watched JetBlue and Hotwire.com to compare fares. A trick in finding the cheapest rates is to not only check on Tuesdays (which do seem to be the generally accepted day most airlines post their least expensive rates) but to watch for “Wanna Get Away” type rates that appear in limited amounts. Be aware those rates often don’t include baggage fees—so plan on bringing only a carry-on and a personal item, or paying a fee for a larger item. This wasn’t an issue for us, as we could take my mother’s luggage in the car with us while she traveled light.

Hotwire.com allowed me to compare prices on several different dates and airlines. We snagged two fairly cheap tickets for my mom and brother to fly down on JetBlue, and rented a car for the rest of us on Hotwire. (Note: sometimes renting a car for the week is actually cheaper than renting by the day, so make sure you compare prices. Also take advantage of rental places’ loyalty rewards; some allow you to upgrade to the next car size for free!) I did not book roundtrip tickets, though—because it was actually cheaper to rent a hotel for three extra days and fly back on Wednesday than to book roundtrip and/or fly back at the beginning of the week. If you’re flexible in your dates, you can find much better deals. My brother, who had to work, couldn’t be as flexible—so he got to drive back with the family while I stayed with my mother until Wednesday.

But two people flying meant two less drivers than we had planned on to share the driving duties. I knew if we were going to make it safely, we’d need time to rest, but renting an expensive hotel wasn’t in my budget. Hotwire is great for cars and airlines, but my go-to for cheap hotels is Booking.com. Often on the site you can book hotel rooms without pre-paying and with free cancellation up until a few days before check-in, so if a cheaper option pops up, no harm, no foul. I checked out Booking.com for hotels all along our route, and found a super cute, super inexpensive place called the StarLux in Wildwood on the Jersey shore that included two bedrooms, a fold-out couch, a kitchenette, free continental breakfast and free bicycles to explore the boardwalk. It was winter, so we were about the only people in the hotel, and even though it snowed, the Boardwalk made for pretty pictures. It was a little off the beaten path, being down in Cape May, but it was a great little detour that was well worth it for a room that fit all of our family without anyone sleeping on the floor.

When planning our road trip, I wanted it to be more than just a drive. Since we were going during February vacation, I wanted to have fun on the road as well—and with four teens and a six year old, boredom can quickly turn to sniping and bickering, a sure disaster for the two adults in the car. But again, my budget wouldn’t allow for seven people to go to expensive museums and aquariums.

Trippy.com has sample road trips that are customizable for your interests. I plugged in Boston to Savannah road trip, and up popped a sample with lists of cities down the east coast, arrival times, how long you’ll spend in each city, etc. I customized this by adding more time for Washington DC and taking out cities I didn’t want to visit (because I had to make it down to Savannah in time to get my mother and brother off the plane.) If you plug the names of those cities into a Google search, you can find free museums and attractions in nearly any city.

Washington DC alone has the Smithsonian National Museum, the Museum of African American History, The Lincoln Memorial (a bucket list monument of mine), the Washington Monument…and the list goes on. Likewise Raleigh, NC (our alternate in case it was too snowy in DC) has many free museums and attractions. In NY, Central Park was a highlight, as well a Times Square at night—but beware the Times Square characters. They will come and take a lovely picture with you or your children, and they’re very cute, but getting out without giving them a tip “to split between all of us” is almost impossible. Wave them off and take a photo with the bright lights instead. (Full disclosure: we stopped to take a picture with Mickey. But four other costumed characters ran over to jump in that photo, and then held out a hand for a tip, and then haggled for more. I don’t begrudge anyone making a living, but buyer beware. 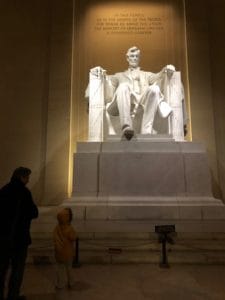 We wanted to be able to explore for a day or two before the wedding, so we rented an Air BnB for a few hundred dollars. For those who don’t know, Air BnB is a site you can go on to rent a home, apartment, or condo in the city you’re staying. It works out to be far less than a hotel, especially if you have a larger group, with the added benefit of generally having a kitchen, more space, and most often free parking. You also have the owners’ expertise in the area. We rented a lovely, family friendly home in Port Wentworth, just outside of Savannah proper, with a large backyard, a grill, and a fully functional kitchen. We saved big on eating out and saved our waistlines from heavy junk food.

The last bit of advice I’m going to give for a long road trip has to do with little costs that add up. Snacks end up costing a lot if you buy them piecemeal when you stop on your way. I took care of this with a bit of pre-pre-preplanning. I bought seven flat, lidded containers and labeled each one with a name. I bought bulk snacks from BJs Wholesale, and filled the containers for each traveler, including gluten free snacks for the two celiacs in our group. On the day we left, I threw in a few pieces of hand-held fruit (apples and nectarines) and a couple of cheese sticks. This meant, rather than paying $2 for every candy bar every time we stopped and eating expensive junk, the kids could have healthy snacks (and a candy bar, I’m not a complete monster) for a grand total of about 15 cents each when all was said and done. 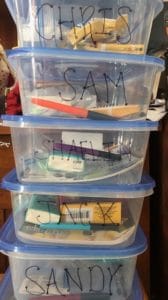 Here’s my sample road trip for Boston to Savannah. We only deviated by about an hour or two each day, so it worked out perfectly!