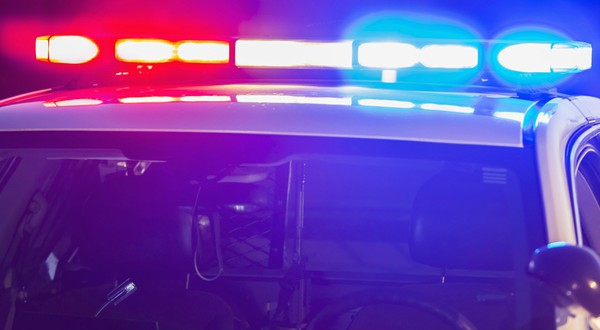 —
He was no angel. You’ll hear it said pretty much every time a person of color is killed by law enforcement.

In the case of a child like Tamir Rice, it will be said about his parents, as if to suggest that some minor prior scrapes with the law would explain why their son might be playing with a toy gun in a park, and end up shot by a cop who had not the inclination to discern the difference between that toy and an actual weapon.

He was no angel, or she wasn’t — since women of color are also disproportionately killed by police — is something of a modern-day mantra for the reflexive defenders of law enforcement. It’s what they say to rationalize away every shooting, to justify choking out Eric Garner on the streets of Staten Island for supposedly selling loose cigarettes and then talking back to the cops when they harassed him about it.

If you don’t comply with police to their satisfaction, they say, then death is your deserved fate. If you break the law, the very real possibility of summary execution is simply a calculated risk you take.

Of course, no one ever says this with regard to white Wall Street bankers who stole a lot more money a few years back than all the black and brown criminals in America combined. They don’t wax poetic about how employers who steal their employees’ wages — to the tune of hundreds of billions of dollars each year — should expect death at the hands of police for their crimes. Street justice, it seems, is only for the poor and working class, and especially those of color.

Putting aside the abstractions, it’s quite apparent from my own life that breaking the law carries far different consequences for those who are white (especially if we’re at least middle class), than it does for anyone else. Because when it comes to illegality in my youth, I was no angel either. Decidedly not. And I am hardly alone in that.

To fully grasp the depths of racial disparity that plague our justice system, it is necessary not only to acknowledge the glaring evidence of aggressive policing towards (and racial profiling and over-incarceration of) black and brown folks, but also the flipside of that reality: the preferential treatment afforded those of us who are white, even when engaged in similar behaviors.

So long as whites like me are receiving such preferential treatment — criminal justice affirmative action for white people, so to speak — we have no moral right to question claims of systemic racism made by people of color, who experience the downside of our institutional advantage every day.

Among the activities in which I had engaged, all before turning nineteen, and which — had I been black or brown — would likely have ended quite differently for me, here are the ones I can remember, in order from least to most serious:

1. Underage drinking and public intoxication (hundreds of times);
2. Repeated use of fake identification for the purpose of obtaining alcohol (hundreds of times);
3. Manufacture of fake identification for myself and others for the underage purchase of alcohol (at least five dozen clients served);
4. Driving under the influence (can’t remember but plenty);
5. Leaving the scene of an accident after a fender bender with another person who was also drunk;
6. Criminal trespass;
7. Vandalism of government property;
8. Criminal mischief;
9. Fraudulent receipt of property;
10. Possession and/or use of illegal narcotics (weed, acid, ecstasy, cocaine);
11. Possession of illegal narcotics with intent to distribute;
12. Sale of illegal narcotics (only a few times, but still);
13. Theft of items worth more than $1500;
14. Illegal possession and re-sale of stolen items worth more than $1500

I have looked up the various statutes (all of which have long ago expired, by the way) governing the crimes in the states where they were committed, and the combined potential period of incarceration for them exceeds thirty years. Indeed, just the most serious of these carried potential sentences of ten to twenty years on their own.

I’ll highlight one of these in particular because it is so indicative of the way in which law enforcement, even when they come across white folks about whom they should have every suspicion, generally do not treat us as likely criminals.

It was early 1988, and several of us on the Tulane University debate team were returning from a tournament in San Antonio. In our rental car were four debaters, including myself and my partner, as well as our coach. On the way back to New Orleans, as we passed through Gonzales, Texas, I was pulled over for going 73 in a 55 mile per hour zone. As I pulled the car to the shoulder, I began to panic a bit. Not so much because I was worried about the speeding ticket, but because I knew what was in the car, other than debate evidence.

Specifically, I was fully aware of the contents of our coach’s briefcase: to wit, two ounces of weed, an 8-ball of cocaine, six sheets of acid and a dozen or so hits of ecstasy. For those unstudied in the narcotic arts, that’s quite a bit more than what any one person is likely to use oneself. It’s what PhD level users (and, importantly for this story, cops) call “possession with intent to distribute,” as indeed our coach did regularly on the debate circuit.

When the officer came to my window and asked for my license, I pulled out my wallet and began looking for it, but no matter how hard I searched, it appeared to be missing. I looked in every crook and crevice, every fold and pocket, but was having no luck. Because it was dark out, and the car’s dome light wasn’t working, the officer suggested I come back to his cruiser to look for it where the light was better. Nervous, but figuring I had no choice, I complied.

Upon sitting in the front seat of his squad car I began searching again, while the officer looked down at my wallet, no doubt curious as to why it was taking so long to procure a simple license. As I kept thumbing through pictures, my school ID, a Social Security card and assorted receipts, he appeared to notice something, right there, in the little “picture window” part of the wallet.

Staring right at him was a document with my picture on it, and upon which the words “Maine Driver License” were clearly printed. Not because I was from Maine, but because that seemed like a good state from which to pass off a fake license, since few (in the South, at least) would know what an actual one looked like.

“Hey, isn’t that it,” he asked, pointing to the identification.

“Um, no,” I said, hastily. “That’s something else!” (Perhaps a craft project?) Great answer, a voice in the back of my head screamed.

“Are you sure?” He replied, as his hand began moving towards my wallet as if to grab it and check for himself.

It was precisely and finally at that point that I somehow managed to find my actual license, tucked away in a fold I had checked (or so I thought) a half-dozen times already.

“Here it is!” I exclaimed, hopeful that he would forget all about the fake he had seen and which he must have understood to be a fraudulent document by now.

I handed it to him as his eyes locked on mine, a glance exchanged that signified he knew full well the meaning of the other license, the one from Maine — and also that he was going to let it pass.

“Are you sure this is the one you want to go with?” he asked.

“Yes, yes, that’s it, that’s my license,” I answered nervously.

He wrote down my information, called in the number, wrote me a ticket for $75 and sent me on my way.

But he did not search the car. Because despite my epic nervousness, barely concealed as I fumbled through my wallet, and despite the open-air evidence of a misdemeanor thanks to the fake license, he thought nothing more of my potential criminality. If you believe this scenario would have played out no differently had I been a person of color, you haven’t been paying attention. And I don’t mean to this essay: I mean to life, in general, in America.

That, for those who apparently have a hard time with the concept, is white privilege.

And please, I realize that professions of privilege and admissions of advantage may seem like cold comfort to people of color facing the heel of systemic oppression. It changes nothing, at least in the short run. But that said, we should not dismiss the power of such narratives. After all, the narrative of black danger and criminality, of deviance and pathology wrapped in dark-skin did not emerge from data and statistical manipulation alone. It emerged from story-telling. The story-telling of those seeking to justify the imposition of Black Codes and segregation so as to “protect” whites from “black brutes.” The story-telling of the Nixon-era Southern strategy, or Reagan’s “welfare queens,” and the Willie Horton ad.

Only by establishing counter-narratives that challenge those memes, that reveal the extent of our own illegal activity, and that call into question the operation of a justice system that winks and nods at ours — or simply never discovers it — while actively and aggressively prosecuting that of others (or simply shoots them without even asking questions), can we expect to move the ball forward in the fight for a more equitable system. We cannot continue to hide behind a veil of innocence or silence about our own misdeeds, thereby allowing the conventional wisdom about criminality to remain unsullied.

It is time to come out; time to admit the unjust privileges we receive every day in a system set up by people like us, for people like us.

And then time to demand that such a system be replaced by justice — now.

Facebook40Tweet1PinEmailShares41
wpDiscuz
Share this ArticleLike this article? Email it to a friend!
Email sent!