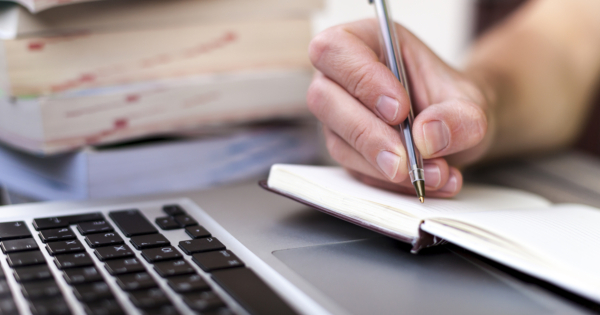 —
I’m a huge fan of ESPN’s Stephen A. Smith. I love watching “First Take” in the morning before heading to work. Yeah, Stephen A is not everyone’s “cup of tea”. Honestly, he wasn’t mine until recently. Stephen A is charismatic, hyperbole and a lot of swag. Yet, when I listen to Stephen A without letting myself get in the way, I get him.

Brother Stephen A can “ball” as a sports commentator and a commentator on the social and human condition. African American Stephen A brilliantly deceives in that his rhetoric is not racial. Rather he’s passionate about people becoming greater than like Kevin Durant and Kansas City Chiefs’ Quarterback Patrick Mahomes. Yet, the controversial contrived Stephen A values character and humanity over God-given talent. Amen.

When Ohio State Buckeye’s Head Coach Urban Meyer was suspended at the beginning of the College Football season for not reporting domestic abuse allegations on the part of one of his Assistant Coaches, Stephen A spoke out. Urban Meyer lied about not knowing of the reported abuse at a news conference. He only recanted after he was outed. Real stand up on his part? Not. Regardless, Meyer’s inaction was repugnant and irresponsible.

Stephen A’s issue was the leniency of Meyer’s suspension. No reporting to University authorities about the alleged abuse of the wife of one of his assistants was totally wrong. Stephen’s main concern is that Urban Meyer is responsible for teaching and fostering the young men on his football team. What kind of example is he for the 18- and 20-year-olds? He is not teaching the right message of what it is to be a man. Amen, Stephen A.

Stephen A often calls out Lebron James for “controlling the narrative”. Yes, he has nothing but love for Lebron, who does amazing work in his community like building the school for children in his hometown of Akron, Ohio. That is Lebron the Man, the Citizen.

Lebron James is the greatest Basketball Player on the planet, right now. Though Lebron at times seems more concerned about controlling the narrative and his possible legacy as the Greatest of All-Time (GOAT). That remains Michael Jordan territory.

Well, others will define Lebron’s legacy. I think he knows that deep down. Then again, I’m much older and maybe a little bit wiser than King James. Again, like Stephen A I have nothing but love and respect for Lebron.

I believe instead of the inherent desire to control our narratives, we should invent our narrative. Our invented narrative is not destiny; it is what’s possible. Joseph Campbell said, “You are the hero of your own story.” Become greater than you know yourself to be.

I’m a systems engineer, who has had the opportunity to learn from and work with talented honorable people. Together we created systems that work and can take pride in them. I also have the opportunity of passing on all that I’ve been gifted with to others, the next generation of engineers and scientists.

I love and continue to train in Aikido. I’ve had the privilege of Sensei and participating with others on their journey of becoming greater than they know. That’s what Sensei Dan had done for me. I’m part of his enduring legacy: Creating peace in the world in some small way. It’s my honor. It’s my purpose.

I’m a writer. I write about what I’ve experienced in the context of growth, forgiveness, and healing. Writing is my freedom from the past, my access to be more of me. We’ve all experienced darker times. I write to let others know that even in our darkest of nights, the sun will rise for the new day. To start anew.

Claire Wineland, who died of Cystic Fibrosis at 21 years old, said that the goal of life is shouldn’t be happiness. She said that’s “Bullshit”. Instead, Claire said, “Have a life that you’re proud of.” Amen, dearest Claire. I’m proud of my life, too.
—