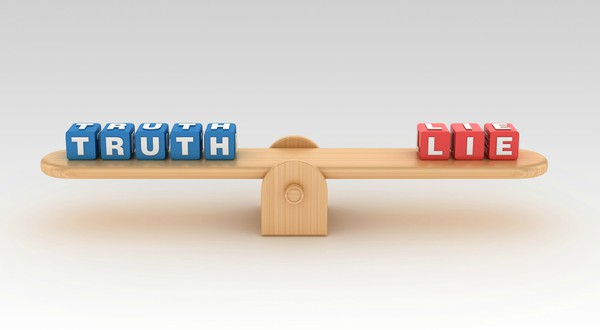 —
**Today’s post is a little different. Consider it an Open Letter to those who think depression and other mental illnesses are a choice and that we can just ‘snap out of it’.**

Most of my friends are really good people. 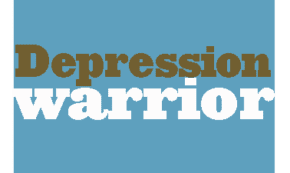 In fact, that’s a prerequisite if you want to be my friend. They are open-minded, thoughtful, fair-minded, and they don’t judge. (Yes, people like that really do exist!)

However, I do occasionally run into someone who is judgmental and isn’t interested in diving deep into important topics – like mental health. Most of them are friends of friends, or – you guessed it – random people making ignorant comments on social media.

These are people I try not to engage, but sometimes that’s hard. It is difficult to let ignorance slide when you know the facts and have lived through it yourself. In those cases, I normally try to educate them for about thirty seconds; if they are not receptive, I move on. They’re not worth my time or the consternation they cause me.

“DEPRESSION IS A CHOICE”

To the people who think this, I say one thing: Why, on God’s green earth, would anyone choose to feel this way? Do you think it’s easy to walk around in a fog every day, wondering if today is the day your world will actually fall apart? Wondering if you need to admit yourself to a psych unit? Wondering if today’s the day you lose it and decide to end it all? Afraid you’ll feel like this forever?

Depression is complicated, not simple, and certainly not easy to live through. It is a disease of the brain (check out this article on neurotransmitters here). It is also a result of your environment, and how you handle it depends on if you’ve learned enough skills to deal with it.

It can pull you down in a heartbeat, keep you in a kung-fu grip, and not let go for weeks, months, even years. It tells you that you’re no good, you’re a fake, you have no talent, you aren’t worth the ground you walk on.

It tells you that you would be better off dead. Too often, it leads to suicide.

And I’m not even being dramatic. According to the WHO (World Health Organization), one million people worldwide die by suicide each year. One million, or about 3,000 per day! In the U.S., suicide is the tenth leading cause of death over all age groups, accounting for about 45,000 deaths per year. That is an epidemic, if ever there was one.

One more little tidbit for you: For every suicide that’s completed, there are 25 unsuccessful attempts.

These numbers are staggering and need to be taken seriously.

Most people do not suffer from depression, and to them, I say, “You’re lucky.”

You don’t have to wonder if today is the day. You don’t suffer from the disgust and self-hate we do (at least, not to the same extent). You don’t experience the shame and guilt that comes from simply being alive (at least, I hope not).

Depression comes from a combination of nature and nurture. True, not everyone who experiences, say, abuse will end up with depression. It depends on how balanced their brain chemicals are and the survival skills they’ve either learned or taught themselves.

But for those of us who have messed-up brains, who never really learned how to survive, how to love ourselves, how to communicate our needs and accept help, it’s different.

We lose ourselves, often at a very young age. I know my depression started when I was about fourteen years old. For others, it comes earlier or later, maybe after a devastating incident.

How old were you?

Although I have learned a shitload of skills to manage my depression (and, in fact, to prevent it), I still get depressed. It just doesn’t seem to last as long as it used to. Two days ago, I was quite depressed. Yesterday, I was a bit suicidal. Today? I feel much better.

Depression will come and go as it damn well pleases, thank you very much.

It’s my job, now that I know how to deal, to try my best to nip it in the bud and to seek more or different treatment if needed. I need to know what my triggers are, which strategies work best to undermine my depression, and I need to talk about it.

That being said, it will still come and go, no matter what I do. It is a part of my life.

When I hear people say it’s a choice, I go bananas. I get angry. I get defensive. Clearly, that person has never experienced depression proper. Sadness, sure. We all go through that. But not a single person who has had depression will ever say they chose to feel that way, like it sounded like fun.

I guess some of us are just lucky (that was a joke). We may have depression, and it may have us, but we survive. Somehow, we survive. Whether it’s by white-knuckling the hard times and gritting your teeth, or learning new skills to learn to live through it – we are survivors. Well, most of us are.

My heart grieves every time I hear about another suicide, whether it’s Kate Spade, Anthony Bourdain (I still can’t watch his show, which I love) or someone I never knew. I just read an obituary last week for a 27-year-old woman who had her whole life ahead of her. Everyone loved her and she was quite accomplished. It didn’t say she died by suicide; all it said was that she struggled with depression.

I think we all know what that means.

My heart breaks for her suffering and for her family’s devastating loss, even though I didn’t know her from Adam. It always does.

Do yourself a favor: If you think you might have depression, tell someone you trust – preferably, your doctor. You may find it helpful to try medication, talk to a therapist, find a psychiatrist, try acupuncture, DBT, regular physical activities, etc.

There is no one way to treat depression. For Pete’s sake, I take meds, see my pdoc every month, see a therapist every week, talk about it with CeAnne, and try to do other, smaller things at home to keep it at bay.

Whatever works, baby. Just don’t try to fix yourself, because that ain’t happenin’.

No Nutshell today. Just take care of yourself.

It doesn’t get any more Real than this.

—
This post was previously published on www.depressionwarrior.com and is republished here with permission from the author.
—
Photo credit: Istockphoto.com