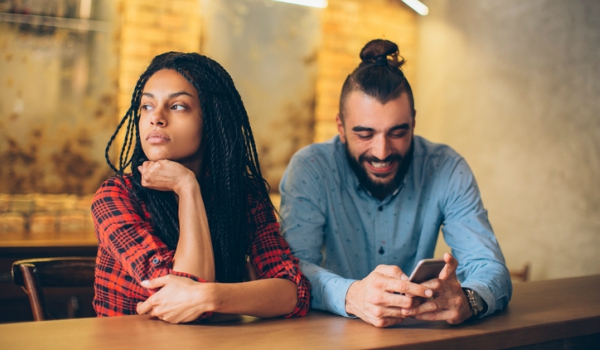 As a graduate student at Colorado State University, I went out with a charming man. He was different than the engineers I normally dated.

I really liked him, and we kept going out, gradually getting closer.

About 2 months into the relationship, he mentioned he was going on a ski trip with a female friend. They had planned the trip months before he met me…. He looked at me nervously when he told me like he expected me to explode.

“Are you going to be sleeping in the same bed?” I asked.

That was it. He looked relieved. Our relationship progressed, and some time later he proposed. We later got divorced, but that is a different story for a different article.

The reason I’m relating this story… I am going to be going to Hungary in a few weeks. I’ve never been and I’m really excited. I am going with a male friend. We have no romantic attraction, but we genuinely like each other as people.

We made our travel reservations back in December. Then in late June, he met a woman… After they’d been dating for two weeks, he mentioned he was going to Budapest. With me. She threw an enormous tantrum, accused him of sleeping with me across Europe, and dumped him.

The next day, she changed her mind and took him back.

I’m surprised he went back to her.

After all, they had only been dating for two weeks. Way too soon, IMHO, to start acting so possessive. Besides, it showed a lack of faith in my friend.

The foundation of a good relationship is respect and trust.

If you don’t trust someone, you shouldn’t be in a relationship with him. If you start off feeling that vibe — listen to your intuition. A lot of times people ignore those feelings and it comes back to bite them. Learn to trust yourself.

What if someone cheated on you in the past? Hopefully, you’ve taken the time to process what happened. What did you learn from that experience? Have you allowed yourself to heal?

You deserve to be treated with respect. If someone cheated on you, whether it was in the context of a monogamous or open relationship, then that is a powerful betrayal. Make sure you’ve taken the time to care for yourself before you get into a new relationship. See a therapist if you need to.

It’s hard to be open and vulnerable with someone you don’t trust, and you need to be able to do that if you’re going to form an emotional connection. You also don’t want to punish your new partner for what someone else did.

If you are in a relationship with someone you trust, then act like it. When you feel insecure or have doubts, ask yourself what is really going on.

Usually, people meet your expectations for them. This doesn’t mean that, if you express trust for your partner, he or she will never cheat. But it does give them space, to be honest with you and keeps you from wasting your time and mental energy.

If your partner has an innocent flirtation at the coffee shop and you just treat it as normal, that lets your partner laugh about it with you. If you get bent out of shape, then that might make the person feel rebellious. People don’t like to be treated with suspicion.

Hint: a partner will not openly tell you if he’s cheating! So if he tells you about the waitress who flirted with him or the female friend he’s meeting for lunch— chances are it’s innocent. OTOH, if he is being evasive, hiding texts, coming home late without any explanations, etc. — well, then, you might want to find out more.

But don’t look for trouble and don’t fret about things that haven’t happened. Love is hard enough without adding that emotional baggage.