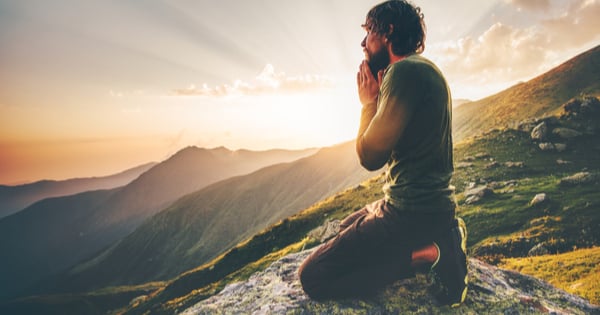 The “macho man” stigma is getting old.

Growing up in the city, I quickly learned how male vulnerability leads to questions about your manhood. There was constant pressure to prove you were “tough enough.”

Many of my classmates would act out of character to create a tougher image of themselves. No one wanted to risk being characterized as “soft” or a “punk.”

I was lucky to have a strong father who taught me the importance of standing up for myself.

He showed me that love was part of the definition of manhood. It was obvious that most of the kids I knew did not have this kind of male role model in their lives. I was lucky.

Patriarchy aims to suppress (both consciously and unconsciously) feminine “energy” in both women and men, creating generations of men that equate expressing love and pain as signs of weakness. Stereotypical masculinity is the most obvious gender performance for men, which means many men suppress their feminine side, including qualities such as compassion, cooperation, emotional honesty, and creativity.

Emotional suppression warps who men truly are as boyfriends, husbands, fathers, and sons.

Male peer pressure creates boys who hold back emotions to protect themselves from being judged. Eventually, the accumulating emotional pain reaches a boiling point, overflows and ultimately manifests itself in the form of violence. This violence is encouraged by many people as the best way to resolve problems.

Many boys do not learn emotional intelligence skills early on. Instead, they’re encouraged to “man up” to defend a particular type of masculinity, which fuels their aggression.

This common dysfunction bleeds into men’s relationships with women.

Whereas many women want to connect with men on a deeper emotional level, the process is strained when a man lacks the experience of embracing his emotions and expressing himself. This denial of self-expression leads many men to live their lives in an emotional coma.

So how do men break this vicious cycle of emotional disequilibrium and violence? In the context of both culture and relationships, the key is for all of us (men and women) to take on the responsibility of redefining manhood.

We should no longer allow the media to define it for us.

Women can help men wake up from this emotional coma in these 3 ways:

1. Stop supporting and looking for machismo and violence in a man.

2. Stop labeling men who express pain or who ask for help as weak.

3. Choose to nurture a man with an open heart and support his goals of becoming a complete human being

Men can assist each other to break the emotional coma cycle in these 4 ways:

1. Stop ridiculing other men for expressing their emotion, compassion and pain. Instead, support complex masculinity.

3. Choose to be completely open with women by being fully present and emotionally available.

4. Support and encourage creativity in men.

If Jesus were alive today, would we call him a “punk” or “soft” for expressing unconditional love?

If Martin Luther King or Mahatma Gandhi were alive today, would we chastise them for advocating love and renouncing violence?

Ironically, we celebrate the lives of these powerful men but choose to castrate those who attempt to walk in their footsteps.

We can create a stronger community for our families if all men choose to embrace our feminine traits along with our masculine ones. When this happens, positive competition transforms into a desire to be better and more complete humans being for the sake of the entire group instead of for self-gain.

If we want a better world with better relationships, we first have to work toward being better, and more complete, individuals.

More from our partners at YourTango:

50 Love Quotes We Simply Adore (And You Will Too)
How To Find Love (And Know It’s For REAL This Time)
10 Signs You’re A Sapiosexual (And Smart Guys TURN YOU ON)
10 Hard (And Fascinating) Facts About Your Man’s Member
–
Photo: Shutterstock

Oh sorry. Good article. Covered many good points. TV is some of our worst enemies in male and female stereotypes. I’m watching a show tonight that is just that. He cooks. He’s a killer of her demons. She’s grateful and gonna sleep with him as she’s turned on. And this is how it just keeps ongoing. Until we say it’s bullshit.

I don’t mansplain to anyone. I Stacysplain. I don’t give a rip if they like it or not. It’s my truth. My human explanation of myself the best I can. It’s mine. Some is probably wrong. But I’ll learn too as I go along.

Women can help men wake up from this emotional coma in these 3 ways:

1. Stop supporting and looking for machismo and violence in a man.

2. Stop labeling men who express pain or who ask for help as weak.

3. Choose to nurture a man with an open heart and support his goals of becoming a complete human being

4. Respect men. Respect their manhood. Don’t try to be an arbiter of of which men are deserving of respect because you know you don’t like when men do that to you.

This is needless genderizing. As I pointed out in a post that got censored, the Buddha, Jesus and the Stoics all spoke about compassion as part of their basic message to us all.

Further, we all know that women can be totally brutal to one another for all sorts of base reasons. And they can be brutal to their children as well.

These qualities of compassion aren’t related to gender. Rather they are related to CONSCIOUSNESS.

I wish to speak to a couple of points, by the numbers. “Patriarchy aims to suppress (both consciously and unconsciously) feminine “energy” in both women and men, creating generations of men that equate expressing love and pain as signs of weakness.” Perhaps there is some truth in that statement, but matriarchy aims to suppress the masculine “energy” in both men and women, creating generations of women that not only equate empathy for men’s issues as a sign of weakness, but a betrayal of woman.” What that means is that as long as men are focusing changes only on those aspects… Read more »

Is it sexist to assume or presume that “many men” are living their lives in “an emotional coma”, and that this is all reducible to being a ‘gendered’ problem, to be rectified in wholesale fashion by ‘redefining manhood’? On some level, I find that as reductive and dismissive (and sexist) as if someone were to say that all females are emotional or weepy or delicate. Obviously, there is a sympathy in this article for those who are in “an emotional coma”, or those who conform involuntarily to a detrimental, stereotypical, exaggerated or otherwise dysfunctional & sexist sense of (false) masculinity… Read more »

It has become so confusing, to landlocked that I’m not even sure where to begin anymore. See, (in my humble opinion) we will never “help” men, women, or society until we first sift the wheat from the chaff on these issues. The days of enclaving and then blaming men for what we have, collectively done, and are doing to them, have to end. The misinformation being disseminated will have to ebb if we are ever to discuss and resolve the questions necessary for an egalitarian society. Women gaining and men acquiescing is not a valid formula. Articles such as this,… Read more »

You said ” Until we face some hard truths, change not men, but the perception of them by women, we are going nowhere with this.” I’m gonna take this a step further and add that it’s worse then what it appears. It’s not just the perception of women but the progressives in general which include men, brainwashed men.

Good point, Tom. That should have been “society”, not women.

No one is clean in all this.

Too many men go to one extreme or the other, believing that one cannot still love and respect women while holding them accountable or taking them to task. It is yet another myth perpetrated against men, that to critique female entitlement or behavior is to be a misogynist. That too is a result of exactly the type of misinformation about, and rug sweeping of men’s issues. Its quite the insidious web when you stop to look at it. Its normal to blanketly say men are privileged and to question or challenge that can get you called anything from a mansplainer… Read more »

This problem goes way beyond. Mi father was, from my point OF view, unable to love. Violent in words, distant, most of his words harmfull. He was insecure, he showed no compassion for his own daughter crying and scared.
Now I am as bad at showing my own emotions as Any man you describe. The only male rolemodel I have inside my head is That heartless man. So this is turning into a never ending story.

Curios … When these negative traits are seen in women, how are they labeled?

I wish we could stop describing “compassion, cooperation, emotional honesty, and creativity” as feminine — they are human qualities that are not gendered. In fact, they are hallmarks of strong, whole hearted people. They are qualities we should all cultivate in ourselves and encourage in each other.

Just did, and we need to keep pounding that drum until people begin to get it. Men speaking out across the internet, in their own voices is starting to create better understanding and change, but we have to keep beating that drum every time we see the need.

Another thing we’ve been shamed about, called whiners and wimps (wha, wha, wha), or my favorite, “mansplaining”.

All tactics to silence. it is not unmanly, but very manly to stand up for ones self.

EXACTLY!! Well stated. Sadly, this has been stated countless times, yet fall on deaf ears.

Agreed. We are at a point where if someone tried to describe any positive traits as masculine it would be called sexism.

Facebook160kTweet2Pin109Email15Shares160k
wpDiscuz
20
0
Would love your thoughts, please comment.x
()
x
| Reply
Share this ArticleLike this article? Email it to a friend!
Email sent!