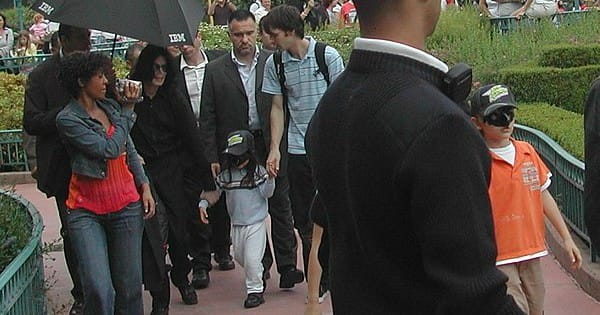 With the release of the HBO documentary Leaving Neverland, we are all forced to look at the life and legacy of Michael Jackson in a new light. During four hours of remorseless television, the two men who had previously accused the legendary pop star of child abuse offer a level of detail in their recollections that is horrifying to say to the least. Although Jackson is obviously no longer here to rebut the charges, it is safe to say that no one will be able to experience his music the same way again.

The reaction to the documentary has been both polarized and polarizing. A great many of Jackson’s former fans—from Oprah Winfrey to Rosie O’Donnell—have been quick to embrace both Wade Robson and James Safechuck, urging the public to believe their harrowing stories while condemning the former King of Pop. More than one critic has called for Jackson’s music to be removed from the public airwaves.

The Jackson family, on the other hand, has chosen to flood YouTube with video footage of previously triumphant concerts as they press a series of lawsuits against HBO. Many ardent fans are refusing to believe the worst, going on social media to attack the figures who are condemning their idol.

This desire to be instantly outraged and punish anyone who dares not share our point of view is, of course, typical of our times. In the case of Michael Jackson, however, there may be a middle ground between demonization and hero-worship. We can instead understand both his life and his art as tragic.

Long before the charges of child abuse were first pressed, there was always an aura of tragedy surrounding Jackson’s ascent to stardom. As the breakout child star of the Jackson 5, he was a boy who was robbed of his boyhood, a young man broken down by a brutal father who would accept nothing less from his offspring than the highest levels of fame and fortune. As an adult pop star, Jackson was almost as famous for his plastic surgeries and skin bleaching as he was for his music.

He was a man who had mutilated both his body and his soul for stardom: he would literally give anything of himself to be on top of the charts. Well before his death at the hands of his personal physician at the age of 50, Jackson’s life stood as a caution for anyone looking to dive into the depths of the American Dream.

Now the tragedy is deepened, the man who was abused became the abuser. A person stripped of his childhood took the childhood away from others. There are no good words for this situation, no balm to repair our shattered perceptions.

Wade Robson and James Safechuck will spend the remainder of their lives attempting to heal the wounds of abuse and betrayal. For the rest of us, the question remains how to respond to the awful allegations. Should we expunge Michael Jackson from our collective memories as well as our playlists? Or should we blot out all the unpleasant imagery and listen to the music as though nothing had changed?

Acknowledging the presence of tragedy—for both Jackson and his alleged victims–allows us a third option. If you listen to many of Michael Jackson’s songs there is already a hint of darkness hovering within the backbeat. The urgency in Billie Jean to ward off false accusations, the blend of concern and confidence in the cadences of Smooth Criminal, the jokey descent into horror movie motifs in Thriller. These songs already contained the germs of confession. What was once subtle is now glaringly obvious. Songs that were once joyous invitations to the dance floor now sound like urgent warnings, desperate notices from a man who had lost his moral bearings, who had given up everything but his image. The warnings were always there.

To be sure, the easy pleasures of Jackson’s music are now gone, perhaps forever. It may well be that the ultimate lesson of his life is that the pursuit of what seems like an easy pleasure—basking in the celebrity spotlight—can be a trap, one that will destroy both yourself and anyone close to you. If nothing else, the revelations of Leaving Neverland invite us to do the one thing Michael Jackson most ardently avoided. We can embrace our maturity and accept the complexities of the adult world.

The philosopher Aristotle, when he composed his theory of tragedy for the Greek theater, wrote that the purpose of tragedy is to allow us to purge our darkest instincts through an emotional release, a catharsis. We can now assume that Michael Jackson never came to terms with his own worst temptations and caused others to suffer as a result. But if we choose to, we can listen to him struggle with himself in those jittery grooves he composed for album after album.

With a determination to be better people than our fallen hero ever could be, we can surrender to the drama in his music.

Facebook26Tweet2PinEmailShares28
wpDiscuz
Share this ArticleLike this article? Email it to a friend!
Email sent!