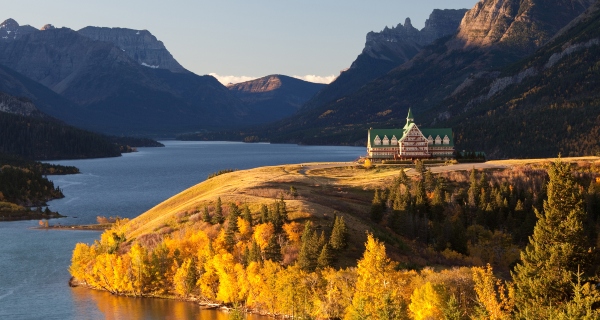 Waterton Lakes national park is named after a distinguished nineteenth-century British naturalist and pioneer in conservation. After returning from his family’s holdings in South America in 1824, Charles Waterton converted part of his estate in Yorkshire into the world’s first wildfowl and nature preserve.[1]. As recently digitized documents published by University College London show, Waterton was also a slaveholder.[2] Waterton was by no means the first or last historical actor who demonstrated the virtue of care in one domain of life—toward plants and animals—but did not extend similar concern into another—toward enslaved black women and men. The naturalist was clearly a morally complex figure whose historical legacy—early environmentalist and slaveholder—is mixed.

In what follows I will argue that historical debates over the meaning and legacy of complex and controversial past phenomena could be more productive and less acrimonious were historians to acknowledge that their disagreements are in part contentions over different conceptions of the good. Disputes about the past between historians generally are not between good people and bad people. No single historical perspective or methodology holds a monopoly on virtue, even when the subject is one as contentious as colonialism and imperial history.

Professionally, historians tend to think more about doing good work than doing good. And it is a rare historian who will present an argument about the past as a moral judgement. Morality is a descriptive category, referring to norms of conduct (mores), habits, and customs that are widely accepted as good and right. Morals change over time. Is it right, asked the original anti-presentist Herbert Butterfield,[3] for modern historians to “condemn [English queen] Mary Tudor as a persecutor and praise [French queen] Catherine de Medici for seeking toleration, or is it more true to say that Mary was fervent in her Catholicism while Catherine was more worldly and indifferent?” Moral judgements, Butterfield argued, “are by their very nature absolute; in that sense it is pointless to make them unless one can claim definitely to be right.”[4] Writing more recently about the “Imperial History Wars” in post-Brexit Britain, Dr Charlotte Lydia Riley appears to agree with Butterfield. In her essay’s conclusion, Riley notes that “a historians’ work is not usually primarily concerned with making moral judgements about the past.” Historical research does not set out to draw up a “balance sheet of heroes and villains,” but instead tries to understand why things happened, to explain people’s decisions, and show what their consequences were.

But Dr Riley is no moral relativist. “It is equally naïve,” she continues, “to suggest that historians must approach all topics from a position of studied moral neutrality.” Analyzing the British Empire, a “structure built on conquest and maintained through the subjugation of colonial populations” means, so Riley contends, that imperial historians cannot escape “focusing on instances of violence and oppression.” Historians who focus on other (popular) stories of imperial history, for example, as a civilizing mission, ignore, in Riley’s judgement, “the victims of imperialism and the negative long-term consequences of empire that continue to shape our world.” I take as an implication of this argument that not focusing on the victims, the violence, the oppression, and the negative consequences of empire is bad imperial history. In Riley’s view, good imperial history interprets the past with a focus on the harm that empires wrought and inequality that they generated and perpetuated.

It appears to me that Dr Riley’s account of good imperial history emerges from her sense of the good and the bad, and in this regard, she is not unique. Across different cultures, human beings evince innate moral foundations. Morality appears to emerge from a suite of psychological receptors that function like taste buds, each one sensitive to a particular moral concern. This means that people seem to be born with different sensitivities to moral issues, much like people have innate and particular sensitivities to sweet, sour, bitter, and salty. Experience and education shape and re-shape a person’s innate senses of the good, which together form each individual’s moral palate.

Generally speaking, modern left-wing/progressive people tend to ground their morality upon notions of care (not harming) fairness (not cheating) and freedom from domination (no oppression).[5] Particular constellations of these moral sensitivities form most left-wing/progressive historians’ political viewpoints, and inform the subjects that they research and their methods of study. The surge of histories focussed on the working class, women, and ethnic minorities beginning in the 1960s was animated in part by scholars concerned to do right by such people in the present. The explosion since the 1990s, in Canada and around the world, of historical interest in colonized peoples and sexual minorities was part of a larger struggle for social justice, in other words, for advancing the good.

It makes perfect sense for a historian whose morality centres on care for victims and repugnance at inequality to see imperialism and colonialism as almost entirely bad if not plainly evil phenomena. But that is not the only way, let alone the only right way, to make sense of the complexities of the imperial past. There is more to morality than care, fairness, and liberation. Some people have more sense-receptors underlying their morality.[6] If you are an historian whose moral palate includes care and fairness and respect for authority, the importance of loyalty, and value of sanctity, in short, if you are more traditionally or conservative-minded, you will probably see the colonial past differently from a progressive-oriented person. And the focus of that perspective will not differ because the traditionalist or conservative is a heartless authoritarian—in fact, traditionalists and conservatives do care.[7]

Conservatives care about long-standing institutions that generate peaceful cooperation and competition tending toward general prosperity (free and ordered markets, the rule of law). Traditionalists care about preserving time-tested social arrangements that historically have fostered the growth of moral capital, such as families, locally based, face-to-face voluntary civic associations, and religious communities. Conservatives have a particular love for the past despite its problems and glaring (to us) imperfections. They stand in awe of and feel deep gratitude for the great achievements and collectively hard-fought goods that multitudes of the dead have bequeathed to the living.

A conservative or a traditionalist historian is not, I would submit, a bad person simply by virtue of her or his sense of what constitutes the good, past, present, and future. Nor is it bad if such a historian has a different perspective, that is, a locus of focus, than her or his liberal or socialist or progressivist colleagues. For example, a conservative-minded researcher could certainly acknowledge the great harm wrought by colonialism at certain times and places and point out its benefits for people in others.[8] If, for example, an historian can show with evidence that an empire, Britain’s say, some times and in some places fostered peace, order, and good government, that historian should not have to fear the academic equivalent of excommunication and shunning, let alone the loss of her or his livelihood.[9] Strenuous critique and challenge of methods and interpretations, yes, but not attacks on the content of her or his character.

I hope that one component of historians’ necessarily difficult conversations about complex historical phenomena includes a willingness to cultivate academic ecosystems that esteem the principle of charity and the virtue of intellectual humility. This means that we start the conversations by assuming our interlocutors have good intentions, that there are many things we do not know, and that we could be wrong about some things.[10] We don’t have to agree on anything, but neither do we have to frame our disagreements with metaphors of armed struggles to the death, as “history wars.” Historians of whatever moral foundation and/or political persuasion are united in a common concern about the present and the future in light of the past. I believe that the overwhelming majority of historians, whatever their diverse viewpoints, care about their students, their colleagues, and doing good scholarship.

Historians are human beings, flawed creatures who struggle after the good in diverse ways. Like Charles Waterton, sometimes they get the balance very wrong, and other times they get it right. Historians need goodhearted encounters with people who have different viewpoints to help them to see their intellectual and moral blind spots, and maybe even change their minds.[11] A willingness to learn from those with whom we disagree would be a fruitful starting point for historians working to asses and reassess the messy, marvelous, and mysterious past.