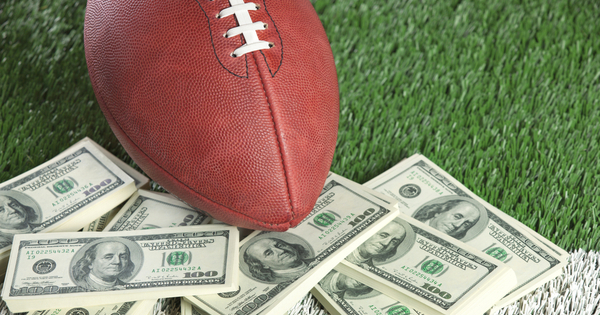 I live in Columbus Ohio. Sports have an oversized importance here. College football is right on top of the heap, looking down at the Blue Jackets (the local NHL team) the Crew (MLS) the Browns, Bengals, Reds, Indians and Cavaliers (NFL, MLB and NBA, all those important, expensive capital letters). When the Big Ten announced they were going to postpone the football season, indefinitely, the pain was intense and public. It echoed across the Midwest, rippling through places as distant and different as Iowa City, Iowa, Lincoln, Nebraska and New Brunswick, New Jersey.

It was an interesting look at the reaction to the pandemic.

I’ve seen posts on Facebook and Twitter decrying the awful injustice. “If you don’t want to go to church… play sports… etc … don’t tell us what to do, we’re capable of making wise decisions on our own.” Indeed.

Lawsuits were filed, outrage was recorded and televised, there was no life without football, student-athletes were only athletes, the student part was only a title, something to please the sponsors. Coaches mobilized and tweeted with the intensity of angry president. Eventually the Big Ten caved. Peer pressure is awful.

Nobody seemed at all interested in the question; “Should we?”

“The players are safer here with us.” Notwithstanding the risk of serious, permanent injury, the constant, endless criticism from the press and “fans” for even the smallest mistake, and now add in the potential for an incurable illness, a long term hospital stay and the unique opportunity to be intubated.

My dissatisfaction with sports started a long time ago, when I realized the only goal was making money. The quickest path to riches is winning, and the cost of winning, any cost, is worth the sacrifice, any sacrifice. All this talk about building character and sportsmanship was only misinformation, propaganda, for the masses, something to justify the enormous amount of money, effort and time.

Maybe I started to sour when Ty Willingham was spirited away from Stanford to Notre Dame with the simple assignment;

“Please clean up our program, we want to be the good guys again.”

And he did, and three years later he was fired. What they forgot to tell him. “We want you to take these overgrown alter boys and beat the bejesus out of everybody and win a national championship.”

My disillusionment may come from the fact that I have been a Nebraska Cornhuskers fan for decades. For years we had the fiery Bob Devaney storming the sidelines, his fury and passion were matched by the love and admiration of the fans. His hand-picked successor, the stoic Tom Osborne was coach for twenty-five years. He was rock solid, a reassuring, consistent presence. It was as if he had been assembled from pieces of the stadium removed during remodeling. He developed a reputation as a kindly old coach who couldn’t win the big game. Until he won a few big games. Then he retired.

Since then Nebraska has been a revolving door for coaches and athletic directors who have made huge promises, and fallen flat, and then been fired. It is like a game of musical chairs where the loser gets to keep the cash and the winner gets to keep the cash. Really, the only person who loses is the fan who is forced to launch a crowd-sourced funding site to afford to buy game tickets, concessions and a few souvenirs.

My wife used to work for a man who had been a Peace Corps volunteer. He had never been interested in athletics, when he found out how much Urban Meyer was being paid to coach the Ohio State Buckeyes, he was amazed.

“How hard can it be?” He asked, whistling softly.

It’s a good question, too. I have heard so many people tell me how their team could have won/won bigger if they had just done something simple. If they had run the ball, or passed the ball, or moved their linebackers up to stop the run, or moved their linebackers back to stop the pass, something anyone with half a brain could see watching it on television.

“You should be a coach, it pays some serious coin.” I want to say, but I don’t, because they think they believe what they are telling me, and I think they don’t know I don’t believe any of it. We are both probably wrong.

But, the coaches, on the filmy, ethereal waves of unbelievable good fortune know the supply line is built on public perception. They need fans screaming for football to keep the dream alive. When it looks like the cash flow may dry up the recipients of all that wealth begin to worry.

“What about us?” Is the cry from the offices nestled in the stadium towers, overlooking their kingdoms. “How are we going to get by without our money? We have contracts.”

Maybe what we need is a bailout for college athletics. Shelter at home and we will hire a U-Haul to carry your loads of cash over to you.

This unfortunate, viral occurrence may have provided the perfect excuse to introduce the student-athlete to the student portion of the curriculum. None of that pressure from hours-long practice, film sessions and position meetings. Just classes and homework and college life that most people experience. They might like it, they might find out they have a real aptitude for math, or literature, or film. Imagine the possibilities of all that energy and power focused on the theater department’s production of Little Shop of Horrors.

Coaches could teach, or clean, or landscape, or serve food. The most expensive club sandwich ever. When football comes back they will return to their duties with a refreshing humbleness that has been lacking in most interviews I’ve seen for the last several years. They might even be willing to donate a small portion of their king’s ransom salaries to the kitchen staff or grounds crew.

Ah, but this is only a dream, football is back in the Big Ten (with 14 teams), the Big 12 (with 10 teams), the SEC, and the ACC. We can start complaining about the officials, the rules, the schedules and the cost of chicken wings and beer.

It’s almost as if nobody got sick, nobody died, nothing has changed. Life in America, “Hey, we have rights.”