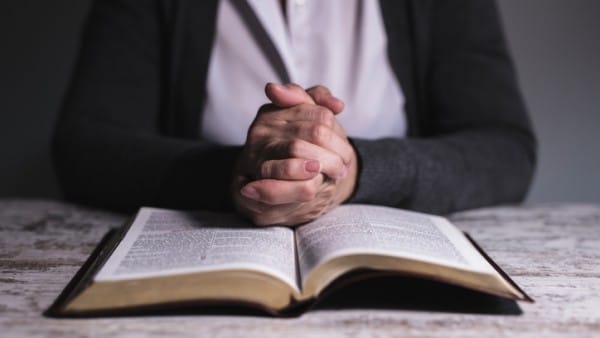 She could peg a kid just behind the ear with a stub of chalk from fifty paces.

If you misbehaved in her classroom, she knew it before you even thought about doing it and stopped you dead in your potentially insubordinate tracks.  Like dogs smell fear, she could smell a kid attempting to engage in “shenanigans,” as she called them.  She could tell whose voice spoke out of turn or who passed the note across the aisle even with her back turned to write the day’s penmanship lesson on the board.  She had eyes in the back of her head and she kept them hidden under her royal blue habit.

Her name was Sister Francine.

Sister Francine struck terror in the hearts of my third-grade class.  For starters, she was a nun.  And nuns were…well, nuns.  Now, before you go with the mental image of the ruler-wielding religious who shaped the moral fiber of her students with an iron fist and hours of corporal torture, allow me to say I never had a nun like that for a teacher in all my years of Catholic school.  The nuns I knew were sweet and gentle and spoke in soft, musical voices that rose and fell like angels’ wings.  They walked with their delicate hands folded perpetually in front of them and called everyone “dear.”

I worried about nuns for most of my early school years.  For starters, all nuns were old – the majority that I knew had either gray or white hair poking out from under the front of the veil.  So most likely, they were also probably a bit feeble and sickly.  Perhaps that was why they all carried a tissue stuffed up under their sleeve – in case they got a sniffle.  I was sure they had circulatory problems because they wore sweaters of the hand-knitted grandmother-made-it variety and they always had cold hands.  I had never seen a nun eat; at lunchtime, they walked around the lunch tables smiling quietly at us children as we conducted serious food trading transactions.  And nuns most assuredly did not use the bathroom.  For any reason.  Ever.

But Sister Francine was different.

She was a little louder than most, greeting us at the door that crisp September morning with her hands in the air and a boisterous “Hey, gang!”  She was a little shorter, a little thicker, and a little more, um, buxom than the rest…if indeed nuns were permitted to be buxom.  We all figured that was probably not allowed and that she would most likely end up in hell for it.  Sister Francine was a bit, well, boyish compared to the other nuns, despite her physical attributes.

She played kickball better than anyone and wasn’t afraid to tag someone out, even if she was the teacher.  She loved baseball – as I recall, the Philadelphia Phillies were her team.  Somehow I remember her talking about playing softball, which probably explains the spot-on chalk pitching skills.  She laughed out loud a lot – the other nuns merely twittered politely – and we were all certain that we heard her fart in class on more than one occasion.

As terrified as we all were on that first day, we managed to refrain from wetting our collective pants and have a wonderful year.  Sister Francine was vibrant, fun-loving, and delightfully entertaining.  That nun knew how to have a good time.  She could pray the Rosary without losing her place and sing a rousing chorus of “rise and shine and give God the glory glory” with more rise and shine than the angels themselves.  She clapped and laughed and danced with us, too.  We figured she must be young because in place of the standard gray or white, her little patch of hair was dark chocolate brown.  (By the end of the year, we had helped her earn a few gray streaks, though.)

She decorated our classroom like it was an Olympic event for all the holidays and every day in between.  She taught us about God and about being kind to one another.  She helped us learn our multiplication tables by using a very clever paper-folding method and taught us how to write in beautiful cursive handwriting for which we adored her – that was the stuff that big kids were made of.  Under that gruff exterior, she was sweet and kind and as holy as any other Sister we had ever met.  She was simply terrific.  She was even kind of cool, for a teacher.

And she only ever hit that one kid behind the ear with chalk on that one particular occasion…but I’d be willing to bet that no one in Sister Francine’s third grade class that year ever forgot.

This post was previously published on The Meaning of Me and is republished here with permission from the author.

END_OF_DOCUMENT_TOKEN_TO_BE_REPLACED

Facebook16TweetPinEmail1Shares17
wpDiscuz
Share this ArticleLike this article? Email it to a friend!
Email sent!