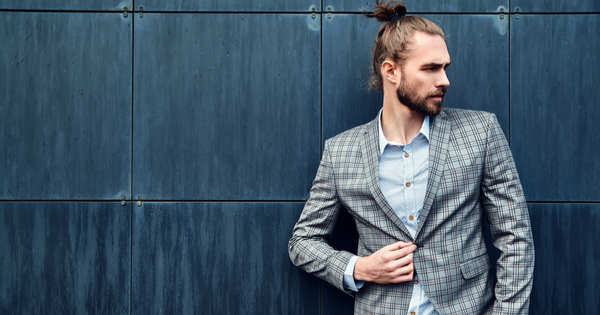 “Thanks for coming.  I know that this isn’t your favorite thing,” my wife’s Big Boss said at her work office party.  He couldn’t have been more wrong.

As an at-home-parent, I don’t get invited to many fancy parties.  Most of the parties I attend involve an uncomfortable amount of snot and hotdogs.  On occasion, there is beer, which is nice but I have to drink it through a juice straw.

Not here, though.  Not at an awesome work party with other adults where no one wears a diaper.  Well, if they do I don’t want to know about it.

There are a lot of man buns though, just saying.

I can see why he thinks I don’t like coming to these things.  In the past, I’ve written about them.  Those awkward moments that accompany any “plus one” at a spouse’s party.  I don’t speak the lingo, I have no idea who Debra is in accounting, and if there is an office romance I’m probably going to squeal on that person strictly because I didn’t know it was on the down-low.

I also accidentally called my wife’s Big Boss a terrible person at once.  Regrettable, but I did get a very well-read piece out of it.  In fact, it remains one of the funniest things I’ve ever written.

As a humor writer, this place cannot be matched. This is what we call in my business a “target-rich environment” of human behavior.  There are so many man buns that I giggle as I make my way across the room.  Jokes write themselves.

There’s an open bar too and at some point, those 90s beats are going to drop, and with it the inhibitions of the younger staff as they forget they are in a  work environment.  At this point, I’m really here just to document what I experience.

It’s an opportunity for me to meet a lot of the people who helped get my writing off the ground.  I have fans that I am forever grateful for.  They shake my hand and bring up pieces that I had no idea someone read. It’s humbling and awesome all at the same time.

At times, I’m hugged.  You have no idea how much that means to a writer, and I get the opportunity to soak it all in.  Inside my head, I wonder what vision they have of me from my words and if it matches the pudgy bald guy they see in person.  I almost want to apologize.

I get the opportunity to eat amazing food.  There are no hotdogs or Mac N Cheese.  The tacos are fancier than most of my clothes.  There are meatballs on little cute sticks.  There is something called a chicken lollipop and it’s delicious.

Most importantly though, it’s all cooked by someone else.  You want to make sure an at-home-parent has a good time?  Feed them and let them know someone else is going to do the dishes.  Somedays, even a supermax prison sounds good to us.

I get the opportunity to hear music that has nothing to do with a children’s YouTube star.  It’s almost soothing.  I recognize the beats blasting from the speakers near the DJ booth.  His set up reminds me of Lite Brite.  I wonder if he could punch the buttons to make a sunflower.  For a moment, I consider going over there and showing him how.  I’m kinda a big deal in the Lite Brite game.

I get the opportunity to have adult conversations.  I listen and around me, people talk about grown-up things.  Books and movies, pop culture and politics, contracts and future plans.  No one is discussing the most recent parent outrage or injustice, or at the very least, the problems that Paw Patrol is currently facing.  God bless those dogs.

For an evening, I’m in the adult world at a place that I have no right to be.  It’s nice.  I look good in my sweater. I consider dancing with the interns as Ice Ice Baby blares over the loudspeakers.

I get the opportunity to experience the unexpected.  The Big Boss gets on the P.A. and makes an announcement.  He gives credit to those that have given them a great year.  He highlights their growth.  He compliments their hard work and dedication.

And then he does something unexpected.  He thanks the significant others that support his staff’s occasional late nights so they can do what they do.  I get to experience the inclusion of the “plus one”.  I eat a chicken lollipop to celebrate.

He didn’t have to do that, but he did.  He owes me nothing, in my mind.  But to him, he does and it’s a sign of good leadership.  He’s the opposite of terrible.  That is my professional humorist opinion.

I get the opportunity for the greatest set up ever.

Outside, we get to watch two firetrucks roll-up.  There is a fire at an electrical junction near the parking lot.  Flames shoot high in the dark night so that we get to experience a replay of sunset.  My wife glows next to me with her smile.  The rest of the staff watch the firemen drag the hose out of the truck and hook it to the water main.  I can smell ozone.

I tell my wife to stand close to me, and I take a picture with her.  She’s smiling brighter than the fire behind us.  She gorgeous, and I know I’m lucky.  Mainly, because as I text my daughter, I know that I’m going to lay down a great “dad joke”.

“What,” she texts back in that unnatural speed of a teenager.

I send the selfie I took with my wife with the fire in the background.

“This party is lit!”

It may be the greatest dad joke I have ever laid down.  The OMG I get back from my daughter confirms it.

So no, Mr. Big Boss, I don’t hate coming to my wife’s work parties.  I love seeing my wife unwind with her coworkers.  I love how much you care about them.  I love to see the march of the man-buns to the dance floor when that 90s beat drops.

I love firetrucks in the background of a perfect picture, giving me the perfect dad joke, next to my perfect wife.