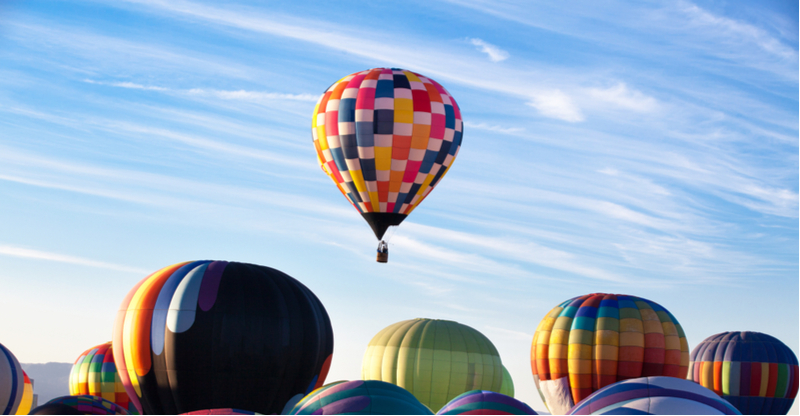 In the ESPN documentary TV Series “The Last Dance” Episode 7 that chronicled the Chicago Bulls’ second NBA Championship Three-peat, the GOAT (Greatest of All-Time) Michael Jordan poignantly shared his personal triumph and loss in his unforgiving drive to win.

Throughout the Chicago Bulls’ NBA Championship runs, Michael relentlessly pushed his teammates to the brink. His former teammate Jud Buechler revealed, “People were afraid of him (Michael).”

22 years later, Michael reflected upon his legendary Hall of Fame career, about not being a nice guy. He said unapologetically:

Winning has a price. And leadership has a price . . . If you ask any of my teammates, the one thing about Michael Jordan was that he never asked me to do something that he didn’t fucking do.

His confession was both inspired and telling self-obliviousness. Michael was the Greatest Basketball Player on Planet Earth. The basketball savant. He was also very human. Imperfectly perfect like the rest of us. Just saying.

Who could do what Michael could do? Well, aside from Michael by definition, no one could. No one. He’s the GOAT (The Greatest of All-Time). And there’s only one GOAT. Period.

Relentlessly pushing others to unattainable levels serves no purpose, is virtually useless. That’s the tragic pitfall of living in solitary greatness, without having compassion. Michael must have been so lonely at the summit. He couldn’t bring up others to his GOAT peak.

I have nothing but mad love and respect for the accomplishments of the GOAT Michael Jordan. Yes, Michael lived in greatness. The Greatest of All-Time. Yet, he also lived in isolation. More than just saying.

Watching “The Last Dance”, I had tremendous compassion for 57-year-old Michael. I’m a year older. Michael’s all-consuming desire to win at “all costs”, might have cost him. Yes, he’s worth $2.1 billion, the unquestioned NBA GOAT.

Pushing others to be like him would have cost him his friends, his family, and his humanity because nobody was ever going to “be like Mike”. Ever.

Playwright George Bernard Shaw said, “He who can, does. He who cannot, teaches.” The GOAT Michael Jordan absolutely ‘could’. In my experience, those who were the greatest, given their innate talent and all-consuming work ethic, relentlessly pushing others to achieve their level of greatness, usually failed. And if it did work, it was not sustainable. I’m more than just saying.

Proving that you’re the ‘greatest’ doesn’t pull others’ greater versions from within themselves. Showing others “Why I’m the greatest” really doesn’t inspire, only diminishes them. Not necessarily a bad thing but a very human thing. You see it in NBA Basketball. I’ve seen it in Aikido.

According to Shaw, when you’re the greatest, you just do. You do your greatness for as long as you can. On the flip-side of what Shaw said, those who aren’t the greatest—which is most of us—we end up teaching. Maybe, the curse of mediocrity? Perhaps, not.

I have no aspirations of GOAT, even for my first love Aikido. Mizukami Sensei taught me Aikido for 25 years. Enduring the trials and tribulations of my abusive childhood, I came to Aikido wanting to prove: I’m strong enough. As a kid, in my Dad’s eyes, “You’re weak.” That became my personal sentence in life.

Sensei had no aspirations of Aikido GOAT. He granted me the space to just be me, to invent my next greater-than version. My next version wasn’t going to be the GOAT, either.

The wondrous gift of the teacher lies in the inherent paradox of those ‘who cannot, teach’. Teachers are of service. Teachers make a difference for others by giving of themselves. They inspire us to be the greater-than versions of ourselves.

After Aikido class, Sensei said, “Jon, you’re more patient than me.” I looked at him, “Fuck no.” In his over 50 years of Aikido, Sensei taught hundreds of students, making a difference for all of them. He taught out his love for Aikido, his mad love, and respect for his students. I was one of his students. I loved him like a Father.

In a Sunday morning Aikido class, I worked with 14-year-old Lukas on the iriminage technique. Sensei said to Lukas, “Show me.” Lukas threw me solidly to the mat. Sensei smiled, “You’re a better teacher than me.” Sensei had graciously brought me up to his level. That was so meaningful. Because, I wanted to “be like Sensei”.

Yeah, ‘he or she who can, does.’ The GOAT just does, because he or she can. There’s only one GOAT (Greatest of All-Time). We can’t all be the GOAT, by definition. Yet, we can give of ourselves and bring others up to their greater-than levels. That’s having a meaningful legacy. Just saying.

Facebook7Tweet4Pin1EmailShares12
wpDiscuz
0
0
Would love your thoughts, please comment.x
()
x
| Reply
Share this ArticleLike this article? Email it to a friend!
Email sent!