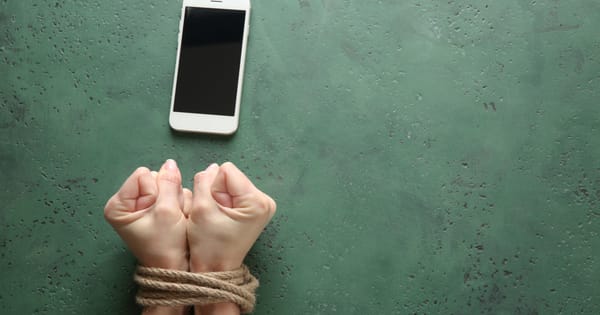 It began as an experiment for the season of Lent.  I could sense my growing agitation with Twitter and Facebook.  I had a friend who practiced a Lenten Fast of various technologies throughout the years.  One year he left all television watching, another year he washed dishes by hand instead of the automatic dishwasher.  The purpose was to learn something.  He wasn’t particularly religious in his approach.

Instead, it was an attempt to see what would shift in his mind.

Then I came across Cal Newport’s new book, Digital Minimalism.  He described the intentional manipulation of users of the various Social Media tools, especially Facebook.  In particular, Newport points to the fundamental shift that occurred when Facebook introduced the “Like” button.  What the company discovered was a dramatic increase in screen time.

People were staying on Facebook longer or returning more frequently because they were curious about how many “likes” they received.  Similar to the pavlovian response of mice, we users were being lured into a little drip of dopamine. This feel-good chemical reaction leads all of us to stay on the platform longer and longer times.

Then it hit me.  Lent is the perfect time for a Fast.  For six weeks I would leave Twitter, Facebook, and Instagram.  I removed these three social media tools from my iPhone and the links from my laptop browser.

Now, I make the return, but my use will be different.  Here’s a summary of what I learned and how I’ll use these tools going forward:

First, I realized that going Cold Turkey was right for me.  I need a purge, a sort of cleansing.  If I’d attempted some gradual decrease, I don’t think I would have noticed any change.

The second discovery centered around the amount of time I had been spending on these social media platforms.  The latest iPhone operating system has a clock that indicates how much time you are spending on your phone.  Here’s how to see what you are doing.

What I quickly discovered is that in my first week of my fast, I gained close to two and a half hours.  That’s a stunning revelation. 2.5 hours of my day, was spent on my phone.

Now to be clear, it wasn’t just Facebook & Twitter. I had also removed all of my News Apps, which I had been compulsively checking.  You think, “oh, I’ll just check a few headlines for just a minute.” But, next thing you know, a half hour disappeared from my life.

In the six weeks of this Social media and other app use Fast for Lent, I figure I gained 105 hours or close to four and a half days.  Yikes! That’s a frightening number, and I now realize the claws this thing has in me.  Learning about all this lost time has a significant impact on how I will use my phone going forward, which I’ll describe below.

Third, my angst has declined.  Yes, my overall anxiety about life, work, and the world is reduced.  Twitter, in particular, has a way of getting me all tied up in knots.

Partly, that’s my fault since I have used it in the past as a venting tool about the state of US American politics.  When you vent online people respond to those provocations with their own equally hostile posts.  But, even beyond that, I find I’m generally more focused on what I believe, what I can control and not control, and generally more at peace with myself.

Don’t misread this section.  I’m still incredibly frustrated with the state of US American politics, the attacks on constitutional principles and the coarseness of rhetoric particularly by this current occupant of the White House.

So where am I going with my online life?  Here are three changes.

2.    The apps are staying off my phone permanently.  I’m turning my phone back into its original purpose: Telephone calls, texting and an iPod for listening to Music, Podcasts and Audio Books.

3.    I plan to write longer form articles.  I will post these writings on my website, instead of 240 characters or just sharing something written by someone else.  I’ll provide links to these blog posts and articles on Social Media.  The goal is to be substantive.

The overall goal here is to use these social media tools, rather than be used by them.