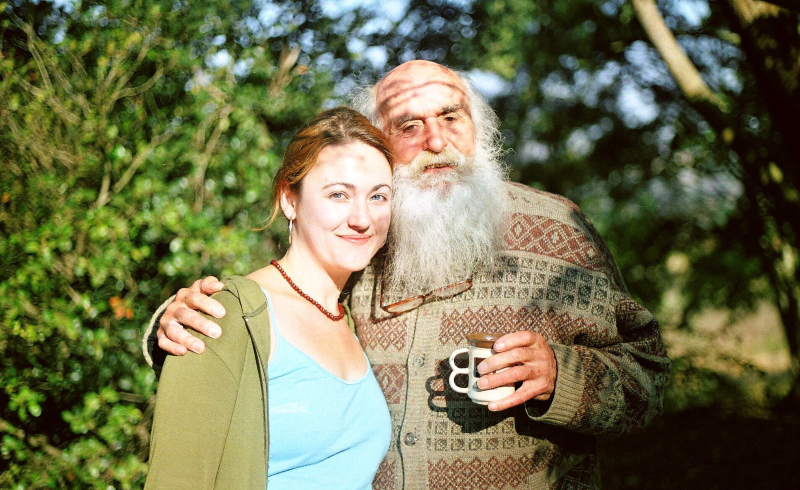 At seventeen, I traveled to Harare, Zimbabwe, to meet my father for the first time. The literal truth is that I’d seen him before, as a baby, when our family lived in Lagos, Nigeria, where he worked as a professor of Psychology. He and my mother lived there together for, as she put it, “ten good years.” The “good” she references is usually the place itself. Having come from a background in small-town Indiana, those ten years gave her life a focus and meaning it had previously lacked, one rooted in the art there, which she’d eventually become an expert.

For her, there was no “good” in my father or their relationship, though I suspect the lack of this word in her recollection has far more to do with the pain of what she experienced as too much “good.” She loved him. She confessed this to me, once, shortly before I boarded the plane to Harare.

“He was the love of my life,” she said, green eyes wistful in that way I’d previously only seen brought on by too many glasses of afternoon wine. But even those words carried an accusation in the tone. He took that from her, himself, the love of her life. He abandoned her. He abandoned all of us.

My mother is a difficult person. I left the house at seventeen, shortly after the Zimbabwe trip, in part because of this. She flies into rages, often rooted in her perceptions about her own past as if the people in front of her were the embodiment of her pain, the cause of everything that’s gone wrong. Unfortunately, the people in front of her, for too long, were her own children. I suspect these rages happened with my father, too, and this may have had something to do with his departure.

I can’t be sure, though. My father had six wives, spanning the globe, with eight biological and numerous adopted children scattered among them. I’ve met most of them, though I have yet to meet two of my half-brothers or any of the adopted children.

Though he was born in Kent, England, my father’s first wife was South African, and from her came my first two brothers. A few years ago, I met one in Tasmania, Australia, where he is a father himself to three children, with numerous grandchildren. The whole family welcomed me with open arms.

One evening, when walking his dog along a pristine beach overlooking the startlingly picturesque city of Hobart, he turned to me. “I want to thank you for coming all this way,” he said. This brother, my eldest, is soft-spoken, with a long white beard and gentle eyes. “I wouldn’t have,” he added.

His sincerity and gratitude rocked me. He had been raised by a step-father, had that presence in his life, and did not have the gaping hole I carried with me, the absence, this itch of guilt, shame, and longing. He didn’t need to seek our siblings in a hope of somehow filling this void.

He loved having a sister, though, something he also shared with me. Hearing this, meeting his family, my nieces, and nephews, and their children, made traveling across the globe beyond worth it. It didn’t fill that father-shaped hole but created something else, a deeper connection to a family I otherwise would not understand.

The other brother, the Tasmanian’s full sibling, lives in Johannesburg. On that same trip, I met his son, my nephew, in his home in Auckland, New Zealand, and one day I hope this expands to the rest of that family.

My father’s second wife was also South African, and from her, he gained two more sons, one who now lives in London, the other in St. Kitts, in the Caribbean. The first son from this marriage I met when I was a teenager living in Santa Fe, New Mexico. My mother had maintained a friendship with him, and he came to stay with us for some time. My full brother was ecstatic, and though our South African sibling was quite older, a clear alcoholic with addiction issues abound, he was also highly loving, a startlingly talented artist, and illustrated in a very human way that we did have a father out there, somewhere. To this day, when I visit London, I will stay with this brother, and consider him the closest sibling beside my full brother, who grew up in the same fatherless void as me.

I have yet to meet the Caribbean brother, though we met virtually over lockdown on Skype.

In the birth and abandonment lineup, my full brother and I came next. My mother was my father’s fourth wife, his third another South African, who died childlessly.

I don’t know what happened during that decade in Lagos, though I carry hazy memories of large, colorful lizards, gritty rivers, and a Nigerian nanny who looked after my full brother and me. There was pain, I’m sure, but also life: my mother also a talented artist. My parents hosted large parties filled with creatives that even included Fela Kuti and other famous musicians.

They divorced and we moved to the States. Once, my father sent a package with some books and a letter for my brother and me. If there were other attempts at communication, these were not shared with us. “A child’s place is with the mother,” he’d said, according to my mother. I believe this, in part because of the strange use of “the” in this sentence, as if all women fit into this archetype and all children beneath the umbrella of the term.

I often wonder what he thought of the father archetype, or if there were one for him. These thoughts lead me down a rabbit hole of guilt for wanting one, for the idea of “father” ever being important. It’s something I should be able to transcend, let go of, something unimportant and minuscule. My desire for one, the ache, that burning longing, is a childish, embarrassing thing.

After my full brother and I came two more children, another boy who now lives in London, and a girl who questions whether she is actually my father’s bio-child. They came from the fifth wife, a Nigerian woman now living in London, where her two children also reside. As an adult, I met this brother and sister both in London on yet another trip while in college.

“Were you surprised,” asked my sister, “when I came out black?” She’s very dark, my sister, though her full brother has the coffee complexion of most mixed-race children.

It touched me, that she thought I’d have any opinion one way or another, since I was only three or four when we left and didn’t even know she existed until much, much later. But meeting her, along with all my other brothers, expanded my heart to a capacity I didn’t know I was capable of. It didn’t even touch the father-void but created this new space, something less alone, where my place in the universe holds others like me. Especially her, a girl too, regardless of our differences — one her friends laughed at and teased her about when we introduced ourselves as sisters.

These people, these adults abandoned as children in different ways, different ages, different places, each held something for me. This is still difficult to reconcile with the times I met my father before his death: in Harare, then after the decline of Zimbabwe in the outskirts of Durban, South Africa, where he lived with his sixth and final wife, with whom he had no children. After this, I met him again in Manchester, where Alzheimer’s had taken hold and he was no longer verbal. I brought my daughter to meet her grandfather, though she was only nine months at the time. One of my brothers, the one from the fifth wife, brought his son, and the cousins met across continents, time, and possibility.

When he died, I received an email from one of the South African brothers, wife two, child three, the one with whom I’m closest. “Daddy died this day,” it read.

I was in a meeting at my work for a massive school district in Boise, Idaho, where I work with children and families learning English, coming from all over the world, much like the family I have scattered across the globe. My throat constricted, gag reflex threatening.

I held back all emotion, something I’d trained my heart and body to do since childhood. When the meeting closed, I asked a colleague to explain the situation to my superior. I couldn’t speak it myself.

“My father died,” I said. “I can’t talk about it. I feel guilty for mourning it. I’ve only met him a few times. I’m really sorry, but I have to go home for a bit.”

She relayed the information, word for word, even though, in retrospect, I see the profound grief and pain in my inability to allow myself one day of sadness to mourn the loss not only of his life, but that emptiness, the void of his existence, and what that brought me and all these other lives, all over the globe.

Photo credit: My father and I in South Africa (photo from author’s collection)

Jenny Mundy-Castle is the author of Every Time I Didn’t Say No, her memoir inspired by educating high-trauma youth in New York, New Mexico, and Nigeria. 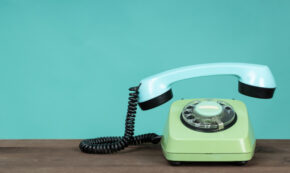 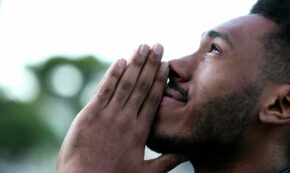 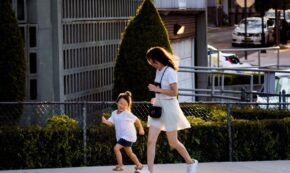 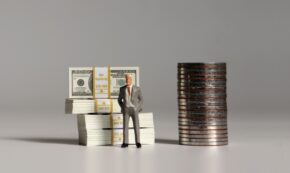 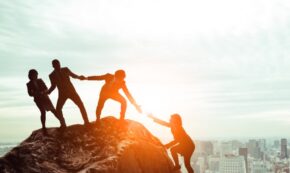