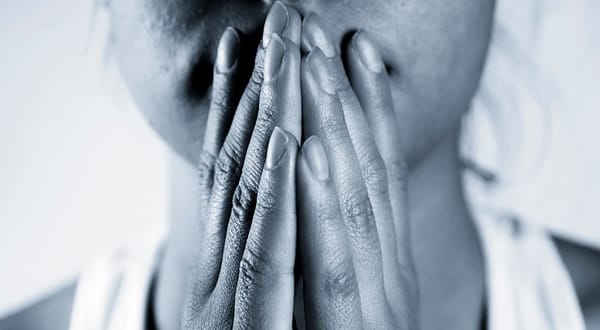 “Just another bitch with an ax to grind.”

These words are designed for one purpose only: to silence women. We don’t hear men being labeled with these adjectives when they speak out. In fact, men are lauded for speaking up and telling their stories. How brave, we say. When men get angry, we understand. When men loudly confront and call out injustice as they see it, they are praised for it. We expect anger in men, yet we flinch when we see it in women. Why? What is it about a woman speaking up that makes some people want to cover their ears, to the point where they can’t stand it and so use the ammo in their arsenal to make it stop: using words designed specifically for women with the sole intent to make them shut the hell up.

When women share their stories — of abuse, injustice, and trauma — they are stepping outside of the boundaries that have been created for them, mainly by men. It is no surprise then that those same men who are offended or threatened by a woman’s voice will employ the age-old tactic of using words that refer only to women and have no mirroring back to the men who are using them.

When I first started telling my story over three years ago, which included my experience as an abuse survivor, my intent was twofold: writing was a cathartic process that helped me to heal, and I wanted to pay it forward and help other women who were suffering in the same darkness that I once did. Today, however, I am being attacked for saying anything at all, since I have refused to follow the mantra of “good girls are quiet girls” and dared to call out the injustices I have witnessed both in my own life and all around me.

While men are allowed to express their anger (the only emotion men are permitted to have), women are expected to smile in the face of their own destruction. For victims of any kind of abuse, the possibility of being revictimized all over again when they do dare speak up is a strong deterrent to saying anything at all. In a recent court battle with my ex, he used my own words against me, convincing the court-appointed psychologist that the only reason I told my story was because I was seeking revenge and was resentful about what had happened to me. One would think that logic would come into play here (especially with a psychologist) since my ex was veritably affirming my story of his abuse. The focus though was instead on “why” I was choosing to tell my story instead of remaining quiet, thus prompting the attempt to shut me down.

Unfortunately, women are oftentimes fairly easy to shut up because our society has reinforced the belief that it’s not a woman’s place to raise a ruckus, speak out of turn, or god forbid not “be nice.” And Why don’t you smile more often while you’re at it? Which is another way of saying, Put up with whatever I’m serving you and then I want you also to like it.

Even when a woman has been wronged at the highest level of our court systems, or has experienced any degree of violent trauma that leaves her with emotional scars that will never fully heal, we still expect her to face it, deal with it, put up with it, and do so with grace and with a soft tone in her voice. And maybe we’ll allow her a certain amount of time for her anger, but it must be controlled and immediately followed with forgiveness so that we can all just “move on.”

Because of this, women are constantly dealing with their trauma over and over again, and through this process begin to doubt themselves and whether or not they should just remain quiet. Though I consider myself a veritable hell-raiser after all I’ve been through, even I had a moment of pause when being attacked verbally, and for just a second wanted to crawl into a hole and hide until the storm passed. It’s crazy-making behavior that tempts even the strongest of women to doubt their own truth all in the name of keeping the peace — someone else’s peace, not our own.

This is also how women find themselves in abusive situations: Society has manipulated us into thinking we are undeserving of our voices, and therefore should not use them. We’re told to be nice and polite, not to be rude and not to speak our mind. We’re taught these fundamentals at a young age so that when we’re adults and entering into relationships, our voice has already in many ways been silenced, so if that door were to open into which abuse enters, we’ve already been conditioned to accept it. Or at the very least not to say a peep about it.

Here’s the thing: We need women’s stories (all women, not just white middle-class women) and we need their own voices to tell those stories. We don’t need men or society to edit or revise or censor those stories to their benefit. We need women to be angry, to rage against injustice, to speak loudly so that those who are still bullied into silence can hear.

We need to listen to what women have to say. And for those who still want us all to shut up and go away, we must shout loudly:

Can you hear us now?

Facebook550Tweet1Pin1EmailShares552
wpDiscuz
Share this ArticleLike this article? Email it to a friend!
Email sent!