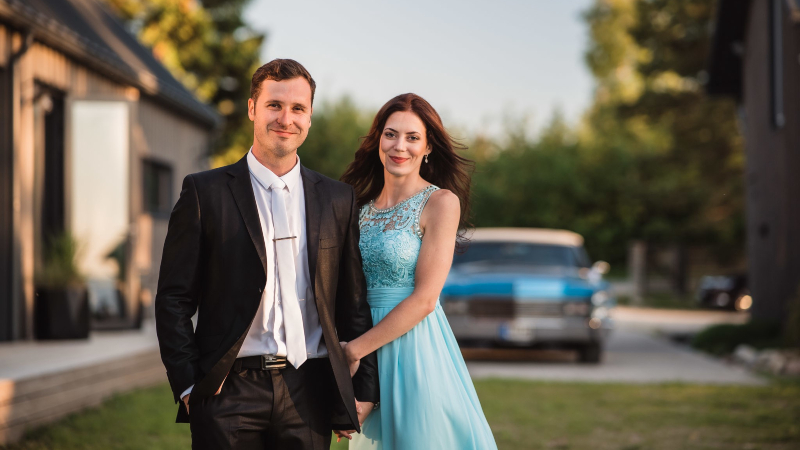 I’ve been a fighter for as long as I can remember. I used to fight for my rights, against injustice in the lives of myself and others, and for every bad relationship I was in.

I didn’t give up — even if it made me exhausted, sick, or broke.

I took great pride in my perseverance and courage to push against difficulties.

But, if only I had known better…

Thankfully, I do now. Namely, I figured out the concept of compatibility.

“A good relationship is where things just work.”

Which doesn’t mean you get away without investing in the relationship. And, you still need to overcome misunderstandings, deal with moods, and other trivia. But there is no need to strain yourself to keep it together.

Generally, the relationship aspect of your life should be easy and you ought to feel secure.

In incompatible relationships, however, things are different. Life’s constantly hard — one way or the other. Meaning, whenever you find a solution or a band-aid to a problem, another one pops up.

To illustrate matters, let’s have a comparative look at common domains where problems usually reveal themselves.

In compatible relationships, people either speak entirely the same language or compensate by being empathetic enough to put themselves into the other’s position.

At the end of the day, they understand each other.

Their communication style is mostly calm, friendly, and patient. Offense is not easily taken and both assume the other’s intentions are benign— even on the rare occasions when their tone shows signs of moodiness.

Differences in opinions rarely escalate into open arguments. If they do, those arguments tend to remain relatively calm and neither side forgets the other one loves them. Both are willing to see and admit their mistakes and things de-escalate quickly.

People in compatible relationships never accuse their partner of being exhausting. Instead, they’re interested in listening when their partner speaks their mind.

In incompatible relationships, people not only have trouble understanding each other, but they easily interpret their partner’s benign statements as hostile. This often leads to an explosive build-up of tensions.

Consequently, the general atmosphere is nervous and unpleasant. One or both sides are prone to snapping easily. Their communication style involves a lot of nagging and insults, and patience becomes hard to find.

Arguments are easy to come by. They escalate quickly and into dangerous heights. Due to the previous build-up of tensions and hurt, it becomes increasingly difficult to de-escalate those situations.

Often, people in incompatible relationships perceive their partner’s efforts to talk things straight as exhausting and useless. That is because for them it is exhausting. As is actually the whole nature of their communication.

In compatible relationships, good sex just happens due to matching preferences or is achieved via open communication.

Either way, it becomes increasingly better over time and both sides are satisfied with the frequency and nature of their fun-time.

Body chemistry and physical characteristics are also a match and sex is always enjoyable for both partners.

People are either physically a bad match; have different libidos; one of them lacks the desire to satiate the other, or is restrained by a taboo that he or she deems impossible to overcome.

Whichever the case, sex doesn’t result in bliss for both partners. Instead, over time, it can turn into a cause of tension and accusations.

On some rare occasions, one of the partners can also be hypersensitive to the other’s bodily fluids. That can make unprotected sex between those two almost impossible to enjoy.

In compatible relationships, people have similar fundamental beliefs and norms of behavior. The difference between right and wrong, or acceptable and unacceptable, is mostly understood by both without explanation.

This makes it easy to predict your partner’s behavior and lays the foundations for trust and security. Which, in turn, eliminates the need for constant reassurance and allows one to focus their energy on tackling life’s other challenges, instead of worrying about their partner.

In incompatible relationships, people’s beliefs and norms of behavior differ significantly. As a result, constant explaining and reassuring is needed to tame the tensions and angst that inevitably emerge.

Even if one states their expectations clearly, unpleasant “surprises” are likely to happen since it’s difficult for their partner to bend themself according to someone else.

Insecurity and complaining are frequent, and tensions regarding the relationship take a significant portion of the energy one could otherwise use for growth. It’s stressful.

In compatible relationships, people have mutual, connected, or symbiotic goals. People either work towards the same general objectives, there’s a reliance on each other’s success, or they have individual goals that facilitate those of the other. Striving towards one person’s goals does not keep the other one from following their dreams.

In incompatible relationships, couples tend to lack mutual goals. They’re often on different paths and following the goals of one person tends to keep the other one from achieving theirs. This may result in one person sacrificing their success for that of the other, or cause stagnation for both.

In compatible relationships, people are similar in key characteristics. This makes it possible for them to move through life with identical rhythm and speed.

But they’re also different enough to complement each other. This usually challenges both parties to deal with their weaknesses and accelerates their personal growth. However, things remain friendly while challenging one another.

In incompatible relationships, people differ in their key characteristics too much. It’s hard for them to find a rhythm that’s comfortable for both.

Usually, one is a bit slower than the other. This decreases the speed of progression for the faster one and makes the slower individual often feel pushed too much, thus resulting in conflict.

In compatible relationships, the couple doesn’t have to worry about the relationship itself. It needs only a healthy amount of investment and attention to keep the flame burning at the same level. Instead, they can focus on whatever life throws at them in spheres outside of the relationship.

In incompatible relationships, the majority of worries and stress come from the relationship, and not from outside factors. People have to constantly work their asses off to keep the relationship from falling apart and not much energy is left to tackle other problems or personal development.

I used to think that nothing comes easily and that relationships are supposed to need hard work.

But life proved me wrong. It turned out, only incompatible relationships demand grueling work, jump-starting and constant worrying. Compatible ones normally don’t.

They still need your care and attention to thrive, but they never drain you of energy. Instead, you can turn to your lover to recharge when other aspects of life have taken a toll on you.

Having enjoyed the easiness of a compatible relationship for a while now, I’ve started to wonder — from where did I take the energy it required to feed the incompatible ones? And, where would I be if I’d spent it elsewhere?

Non-native speaker of English who’s trying to make life hard for himself by writing in his third language.