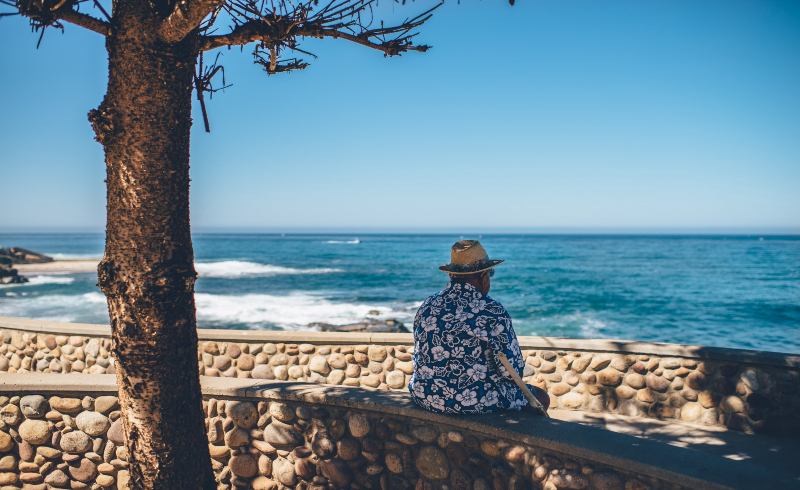 At 58 years of age, with two children, and after 26 years of marriage, I am getting a divorce. When the decision was finally made, there was a feeling of a tremendous weight lifting off my shoulders, and the vision of a new life ahead. And I have never been happier.

Why, you may ask, have you never been happier? Because for years I have lived the life of what I have recently learned is referred to as an “Irish Divorce.”

I learned of that term in an article on kiplinger.com called The Rise of Gray Divorce: Why and Why Not? by Neale Godfrey

What, you may ask, is an “Irish Divorce?” Well, to paraphrase the Urban Dictionary definition, it’s a marriage where the partners have grown so far apart that they live more like roommates than spouses. And since they were Catholics, they couldn’t get a “real” divorce.

Well, an “Irish Divorce” isn’t doing it for me anymore. I want a life to look forward to. If I am going to live with a roommate in a platonic relationship, then I want the ability to control my personal lifestyle choices.

And if I am going to be in a romantic relationship, I want to be with someone who will work with me on keeping the relationship alive and well. I want to cuddle on the couch, I want my partner to invite me to bed, I want a partner who will touch me and allow me to touch her, I want a woman who wants to be a part of my life as much as she wants me to be a part of hers.

I want similar interests, I want to like the same shows, read books together, cook together, clean together, discuss something besides her work, and someone who gets excited about the same things I get excited about.

And I could care less what other people think. It’s MY sanity that is my priority, not their opinion of me for getting a divorce. If my sanity goes, so goes my ability to be there for my children. And THAT is the most important part of this.

But to my credit, none of the few friends I have left have said anything negative. In fact, just the opposite. Some have asked what has taken so long? They saw how I was being treated years ago, but didn’t say anything, because I didn’t say anything.

So, back to me. Apparently they have a classification for my type of divorce. It is referred to as a “Gray” Divorce. Some spell it “Grey” Divorce. The names refer to a divorce that includes at least one member of the couple who is over the age of 50. People who divorce after 50 are also sometimes called “silver or diamond splitters.”

As you have already probably surmised, the terms refer to the fact that gray divorces involve people who have gray, or in my case, distinguished silver colored hair(what’s left of it).

Godfrey talks about the “Tipper and AL Gore Syndrome.”

After having four kids and 40 years of marriage, they simply had grown apart and wanted to go it alone. Tipper asserts that it was not that he was dull and boring or cheating on her. But, they are a classic example of a gray divorce.

But why now, you may ask? Okay. Fair question. And the best answer I can give is in the words of someone else.

In an article on psychologytoday.com called 7 Key Facts About Divorce After Long Marriages by Kathy McCoy Ph.D., the author quotes a male friend of hers who left his wife of more than 40 years. After a conversation where a third party jokingly referred to a midlife crisis and red sports cars, her friend, who was pushing seventy years of age said, “I left only when I realized that my life was at stake — that the stress of our unhappiness together was killing me slowly but surely.”

Absolutely nailed it! He also said that “You don’t leave a marriage of four or five decades on a whim or for anyone else.” Nailed it again!

I am not leaving my marriage because I met someone. And certainly not on a whim. In fact, I think I am taking this harder than her. But then again, this is her second time. It’s my first. McCoy said “those who have been divorced before are more likely to divorce again. . .”

I have said before that trying to explain to someone why you are getting a divorce in a way they will understand is almost impossible.

Why, you may ask, is it almost impossible? Another fair question. The reason I say that is because my reasons may seem inconsequential to someone who hasn’t lived with those reasons for as long as I have. It’s a matter of perspective.

Quite frankly, my wife and I have talked about this for years. But it wasn’t until I had an emotional break that I realized how badly I needed to leave a marriage that was “. .killing me slowly but surely.”

Yes, I know it sounds a bit dramatic. But, again, it’s about perspective. Mine, not yours. And I’m the guy taking prescription meds because of this, not her.

Dude. I even asked her to go to counseling. You know what she said? “No. I don’t think it will help.” Okay. That’s encouraging.

McCoy says that the rate of divorces for those over 50 has doubled over the last 30 years, to 1 in 4 marriages, which is still less than half the rate for those under 50.

Reasons for gray divorces include less stigma today than decades ago when divorces were considered failures. People are taking advantage of longer lives and better health by getting out of a bad marriage and moving on. Other reasons include financial mismanagement, infidelity, differences or changes in sex lives, self-improvement, and simply growing apart after so long.

I was messaging with a good friend of mine, Holly Jahangiri, and told her I was concerned because my kids, both boys, had indicated they weren’t interested in relationships because they were too much trouble. One of the reasons for wanting a divorce is to show them there are good relationships out there, and I wanted them to see what their Dad was like when he was “happy.” Holly told me “But also, maybe, remind them that even if the marriage didn’t work out in the end, it was NEVER a “mistake” because HERE THEY ARE. And that is goodness.”

And she has a point. I will take the 20 plus years of misery and never trade it for my kids. They are THE best thing in my life. Speaking of life. . .

My philosophy of life. . .ready for this?

My philosophy of life: Life is short, and you only live once (I know . . . “YOLO”). Why waste it living in a state of misery? Sure, we can “choose to be happy.” That’s a little simplistic. But that is what I am doing. As hard as it is going through a divorce, it is harder to live in a marriage where both people are miserable. So, that is my choice.

One last quote from McCoy’s article. “ Sometimes improved health and happiness in a new and different life is the positive ending. Sometimes the relief and peace of ending a tumultuous relationship is its own reward. And sometimes finding love again is the positive result of a painful process.”

That’s what I’m talking about!

Chuck Roast is typically a humorist (“humourist” for those of you who like the “incorrect” spelling), a Top Writer in Satire and Humor, and owner/editor/writer of his own Publication, Dad-Bods. He recently had his first curation ever, which was in poetry of all things.

Call me Chuck. Decided not to worry about curation. I write for fun and try to be funny, or not. Check out and submit 2 my pub on Medium, Dad-Bods. Feedback welcome.

Facebook58TweetPinEmailShares58
wpDiscuz
0
0
Would love your thoughts, please comment.x
()
x
| Reply
Share this ArticleLike this article? Email it to a friend!
Email sent!